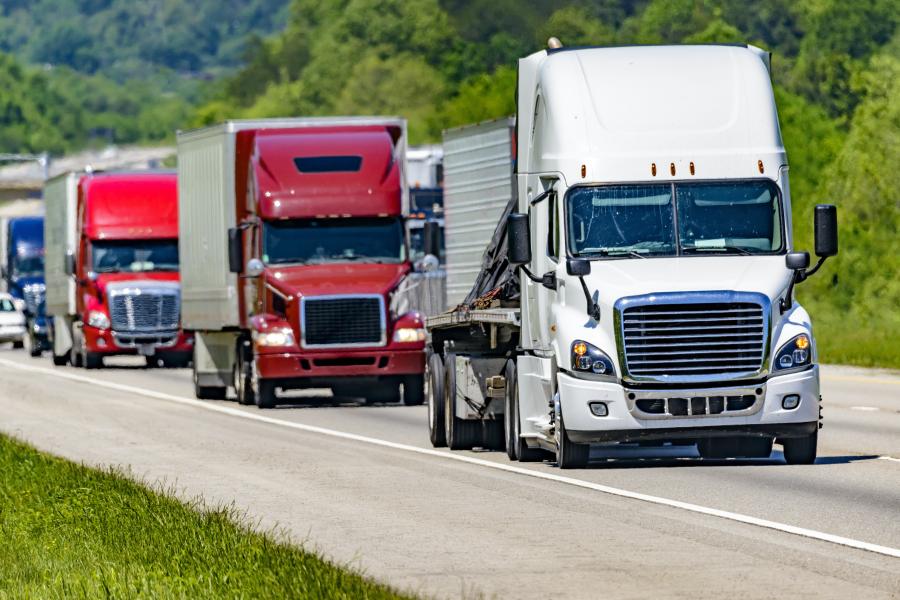 The Biden administration is developing initiatives to attract jobseekers to the construction industry. One will allow adults as young as 18 to drive a semi, while another encourages veterans to make trucking a post-military career.

Like construction, trucking suffers a workforce shortage. The American Trucking Association (ATA) says 80,000 more truck drivers are needed. As a means to deal with supply-chain issues, the Biden administration is prioritizing trucking as a career field through apprenticeships and other recruiting programs.

More than one government program has been developed to draw more jobseekers to the trucking industry. One program would allow adults as young as 18 to drive a semi. Another would encourage veterans to make trucking a post-military career.

The ATA is happy with the prospect of more recruits, but independent truckers say driver retention is the forest lost among the trees.

According to ATA, 49 states and Washington, D.C., currently give commercial driver licenses to people under 21. These young adults can drive semis throughout large states. They just can't cross state lines. 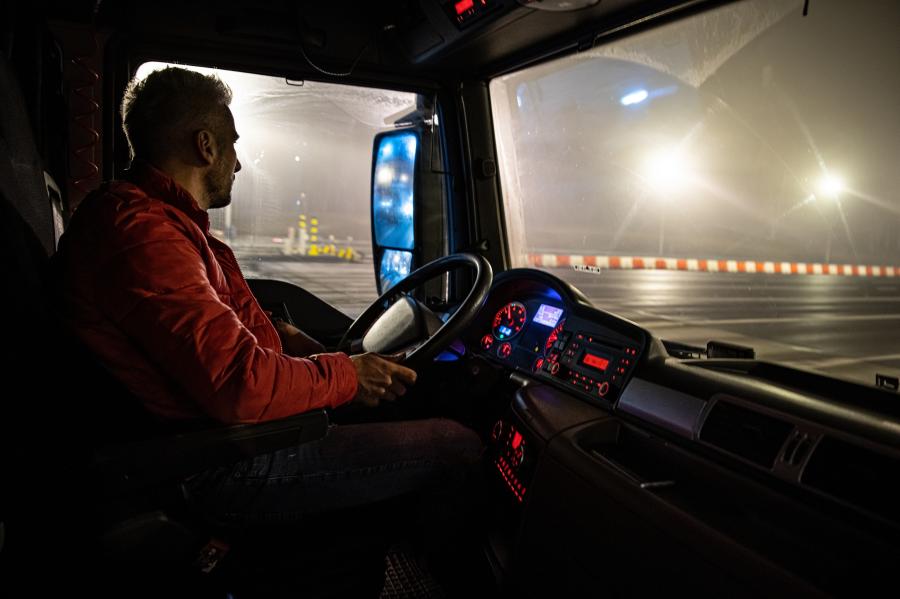 The Safe Driver Apprenticeship Pilot Program will train drivers so they can cross state lines in their rigs, according to ATA. Chris Spear, CEO, said last fall that this program was needed and would help alleviate some of the driver shortage.

Until now, federal regulations allow only those at least 21 years of age to drive semis across state lines. The new regulation will allow anyone at least 18 years of age with a state-issued CDL and a clean record to drive interstate trucks under the direct supervision of an experienced driver.

The pilot program is part of the Infrastructure Investment and Jobs Act, signed into law this past November. Here's how it will work:

The pilot program, he said, will "set out a path for these drivers to fully participate in our industry by allowing them to drive interstate."

Spear called the move "a common-sense step" that has support from a broad coalition.

"Between FMCSA's proposed pilot project and the bipartisan support for the Drive SAFE Act in Congress, we hope we will soon create a path for more young people to fully participate in our industry."

"We don't see any benefits to a categorical lowering of the age to 18 across the board for long-haul trucking," said Norita Taylor, OOIDA director of public relations.

"We would like to see training standards improved and the elimination of the exemption for truck drivers in the Federal Labor Standards Act," she said.

In December, The Biden-Harris Trucking Action Plan was announced. It was developed to expand recruiting efforts and elevate the appeal of careers in trucking.

The plan emphasizes apprenticeship programs like the Safe Driver pilot program, but also beefs up efforts to recruit former members of the military for trucking careers.

"It's clear we need more truckers to move the historic volume of goods through our economy," one official said. "Growing our trucking workforce will require investments in training, safety and job quality to improve recruitment and retention and productivity."

Bill Sullivan, ATA vice president of advocacy, said the association is encouraged that the Biden administration recognized the need for more drivers and created a "robust training opportunity for future commercial truck drivers."

Sullivan said apprenticeships will help jobseekers pursue a career in trucking for good wages and benefits in a safe manner without significant debt many can incur.

The plan targets military veterans, encouraging them to consider trucking as a civilian career. 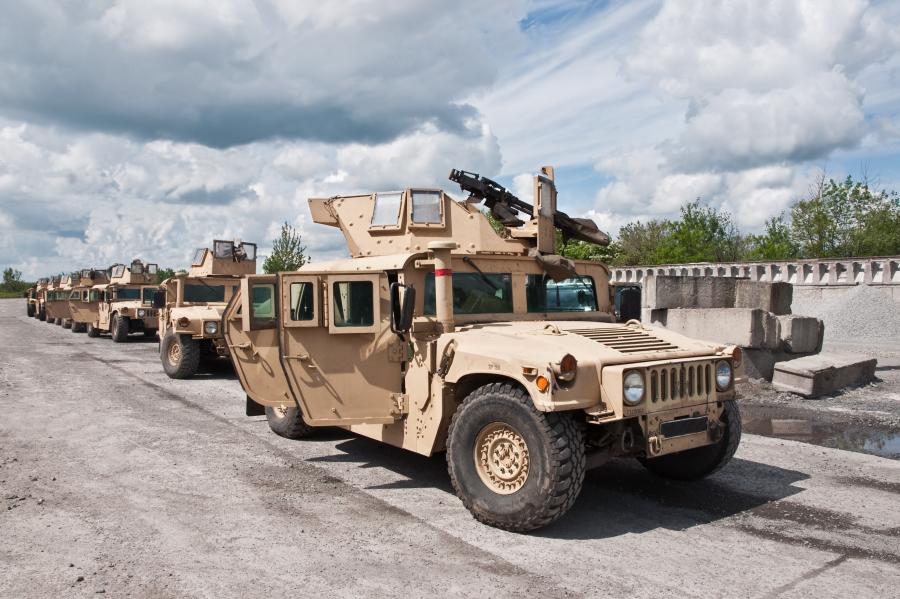 Annually, approximately 200,000 service members transition to civilian life. Over the past five years, some 70,000 veterans left the service with military trucking experience, according to the Biden administration.

"It's an incredible opportunity to do right by our veterans and strengthen the trucking workforce at the same time to ensure there are seamless paths to these opportunities for our veterans," said an administration official.

But like construction contractors, independent truckers say the need to recruit is nothing new. Retention is more critical, they believe. The program may draw more young people into trucking, but what's being done to keep them in the industry?

The Owner-Operator Independent Drivers Association believes the driver shortage claim is a myth.

"The real problem is high turnover and retention," said Todd Spencer, OOIDA president. "Compensation has been falling for years and the conditions have not improved. Trucking needs to figure out how to keep drivers instead of burning them out."

The association believes the issues affecting the supply chain today are not due to a lack of drivers, but because of excessive detention time and other inefficiencies.

Trucking is plagued by retention issues and, at times, an unattractive working environment due to long hours and inadequate compensation, according to the group.

Addressing compensation, working conditions and the parking shortage would go a long way in improving retention OOIDA's members, most of whom are small businesses, maintain.

"The ‘shortage' issue is not new," OOIDA's Taylor said. "We've been hearing about it for decades."

The Trucking Action Plan includes initiatives to support drivers and improve retention while expanding access to quality driving jobs. The White House gave a status report on its initiatives in January.

The White House reports more than 100 employers and industry partners have stepped forward to work to expand apprenticeships over a 30-day period.

"Industry has to and is stepping up to partner," said Secretary of Labor Marty Walsh. "We are already working with more than 100 employers to expand Registered Apprenticeships for drivers, an important step to making this shift a reality."

The Departments of Labor and Transportation launched the 90-Day Trucking Apprenticeship Challenge as a strategy for helping employers and organized labor partners develop and retain a skilled workforce, according to the White House.

This will put thousands of new skilled and safe drivers on the road in good trucking jobs trained using the "earn while you learn" registered apprenticeship model, according to the White House.

Labor, transportation and industry partners continue to meet with employers, industry groups and labor organizations to support the development of apprenticeships across the industry. 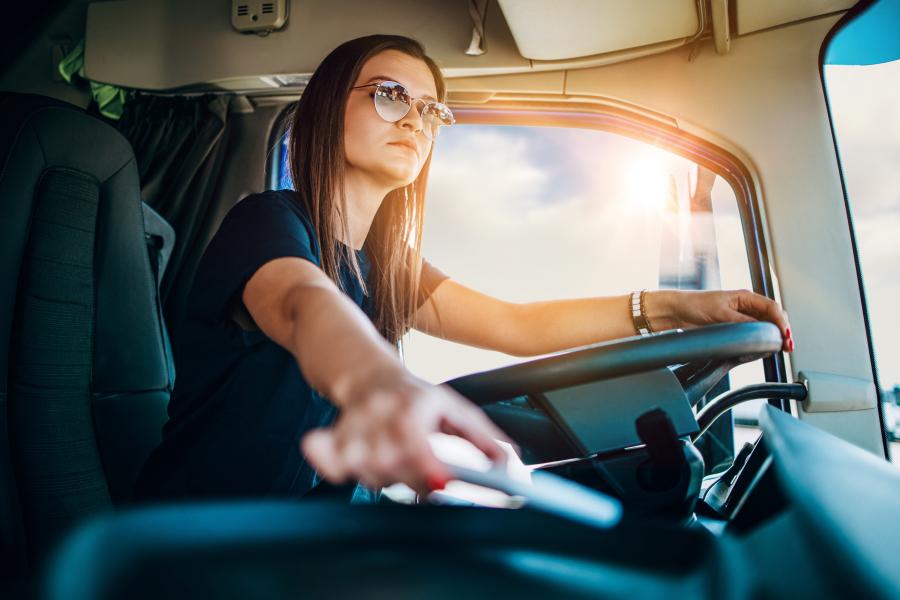 The Women of Trucking Advisory Board, mandated in the Bipartisan Infrastructure Law, was created to increase the number of women in trucking.

The board will review and report on challenges facing woman drivers and those interested in joining the profession, including barriers to entry, on-the-job safety risks, mentorship, quality training and opportunities for advancement.

The White House also convened a virtual roundtable to gather input on how to build a more inclusive and equitable workplace for women in the trucking industry.

"Too many American truckers are set up to fail with financing schemes or coerced into paying junk fees," said CFPB Director Rohit Chopra. "To keep our economy moving, we must ensure that truckers who work hard don't face financial ruin."

It will review truck leasing arrangements for ports that involve a requirement for trucks to convert to zero emissions, as well as loans and other arrangements between incoming driver trainees and training schools or trucking companies to understand instances of outsized and unanticipated debt for incoming drivers.

The group also will look into predatory truck leasing arrangements with DOL and in coordination with the CFPB.

Two studies to explore issues of driver pay and unpaid detention time were launched. FMCSA released a scope of work for a study on driver detention time and its impact on safety and compensation.

This study will use a cross section of electronic logging device data to provide a detailed understanding of wait times for drivers across jurisdictions and industry sectors.

Data used will be aggregated and anonymized to ensure driver privacy. The study also will review how detention time influences the likelihood of a crash or an hours-of-service violation.

The Safe Driver Apprenticeship Pilot also was launched during the 30 days. And, more than $32 million in funding to improve the CDL licensing process was earmarked for states.

FMCSA and the Transportation Research Board will study the impacts of methods of driver compensation on safety and driver retention. The study will review the safety effect of payments made per load or per mile versus payments per hour.

The study also will review the amount of time a truck driver spends away from home, driving and detained to determine true working hours, and then determine true hourly wages.

"In some parts of the trucking industry, 90 percent of drivers turn over each year," said Transportation Secretary Pete Buttigieg.

"Making sure truck drivers are paid and treated fairly is the right thing to do, and it will help with both recruiting new drivers and keeping experienced drivers on the job." CEG