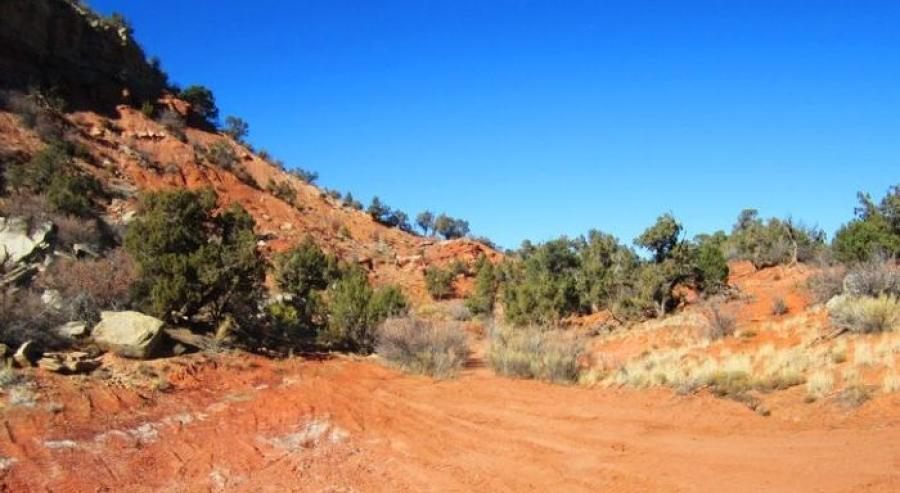 Energy Fuels Inc. has received approval for the expansion of its La Sal Complex of uranium/vanadium mines. (laramide.com photo)

Energy Fuels Inc., a producer of uranium in the United States, announced that it has received approval from the U.S. Bureau of Land Management (BLM) and U.S. Forest Service (USFS) for the expansion of its 100 percent-owned La Sal Complex of uranium/vanadium mines (the La Sal Complex).

Mark S. Chalmers, president and CEO of Energy Fuels, stated, “We are pleased that the BLM and USFS issued approvals for expansion of this project following a comprehensive multi-year analysis. This is particularly important, as the mines and properties comprising the La Sal Complex contain large quantities of uranium resources, along with significant high-grade vanadium resources. We have recently seen vanadium prices increase significantly, and our nearby White Mesa Mill has a long history of producing uranium and vanadium from these mines.

“The Environmental Assessment prepared for the expansion of this project and thoroughly considered all aspects of proposed operations, including environmental protection, transportation, cultural issues, jobs, economic benefits and environmental justice concerns.

“This project is fully-permitted and constructed, and is currently on standby status, ready to resume mining operations within approximately six months of a production decision, with minimal capital required.

“We believe these approvals once again demonstrate that Energy Fuels is a responsible operator and an asset to the region. We also acknowledge and appreciate the hard work and professionalism of the BLM and USFS staff involved in the preparation of this EA. We are the largest private employer in San Juan County, Utah, including a major employer of Native Americans, and these approvals set the stage for our Company to grow in the region in the future.”

On Feb. 23, 2018, the BLM and USFS issued the Environmental Assessment (EA), Decision Record (BLM)/Decision Notice (USFS), and Findings of No Significant Impact (FONSI) approving the expansion of a large portion of the company's La Sal Complex, conditional upon the company incorporating certain specific requirements into the plan of operations amendment and having the required reclamation bond in place.

The La Sal Complex is a series of several past producing uranium/vanadium mines, currently on standby status, along an 11-mi. mineral trend located in northeast San Juan County, Utah, including the Energy Queen, Beaver/La Sal and Pandora/Snowball mines and the Redd Block and Pine Ridge properties.

The La Sal Complex, which includes significant existing surface and underground mining infrastructure, is located approximately 65-mi. north of the company's 100 percent-owned White Mesa Mill, the only operating conventional uranium and vanadium processing facility in the United States. Material produced from the La Sal Complex will be processed at the White Mesa Mill.

The plan of operations amendment (POA) combines a number of the existing plans of operations at the complex and allows for expansion of development rock storage, the drilling of up to 400 exploration holes to further delineate and expand certain of the deposits, the construction of additional ventilation shafts, and the reclamation of historic disturbances by previous mine operators, on various areas of the project.

In addition, the new POA requires the implementation of detailed interim management measures during any periods of temporary cessation. Combining these existing plans of operations also makes for much better administrative efficiency for both the agencies and Energy Fuels.

The specific requirements to be incorporated into the plan of operations amendment as a condition of these approvals are all as contemplated by the company and do not impose any unexpected requirements.

According to a March 2014 technical report prepared in accordance with National Instrument 43-101, Standards of Disclosure for Mineral Projects (NI 43-101), the La Sal Complex holds 1.1 million tons of measured and indicated mineral resources containing 4.1 million lbs. of uranium and 21.5 million lbs. of vanadium, with an average grade of 0.18 percent U3O8 and 0.94 percent V2O5. The project also holds additional quantities of Inferred uranium and vanadium resources.

At the same time, the BLM also issued the EA, decision record and FONSI for the expansion of the company's Daneros Mine, subject to certain specified requirements. The BLM-approved Mine Plan of Operations Modification (MPOM) allows for expanded mining operations, the reclamation of historic mining disturbances, and the implementation of additional operational and emission controls.

During the 2010 to 2013 time period, 121,000 tons of mineralized material were mined at the Daneros Mine and processed at the White Mesa Mill. This material had an average grade of 0.26 percent U3O8 and contained 629,000 lbs. of uranium. The company expects to file an updated NI 43-101 resource estimate for the Daneros Mine in March 2018 to account for mining activity and new drilling data since the last report was completed.