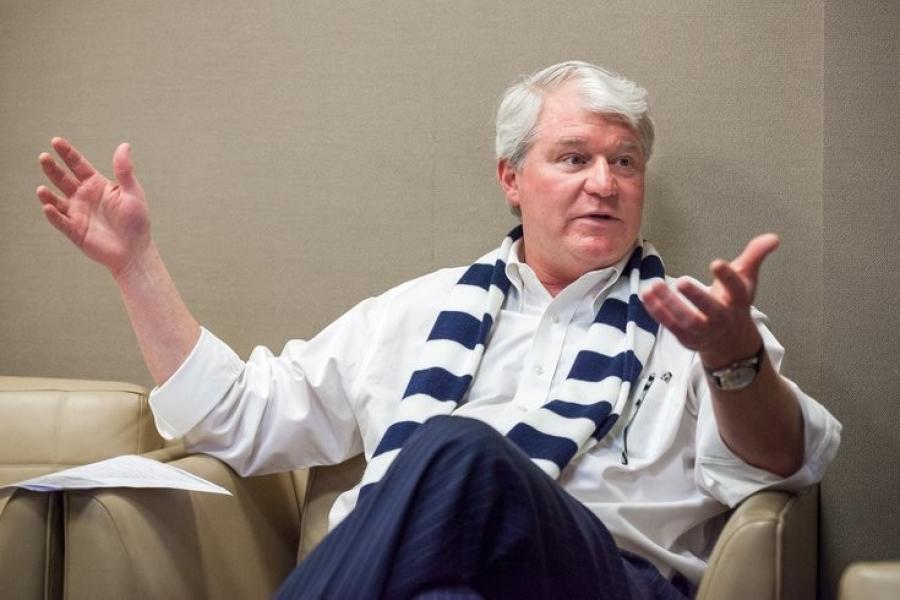 Johnny "Doc" Dougherty exerted complete control over the union, according to the indictment, using that power to "repeatedly and persistently steal its funds and put his own self-interests over that of the membership of the union." All told, the defendants misspent more than $600,000 in union funds, officials said. (Photo Credit: Philly Voice)

PHILADELPHIA - A powerful union boss who has long held a tight grip on construction jobs in the Philadelphia region and wielded political power in the city and Statehouse has been indicted on embezzlement and fraud charges along with a city councilman and six others.

Johnny "Doc" Dougherty exerted complete control over the union, according to the indictment, using that power to "repeatedly and persistently steal its funds and put his own self-interests over that of the membership of the union." All told, the defendants misspent more than $600,000 in union funds, officials said.

Dougherty leads the International Brotherhood of Electrical Workers Local 98, with 5,000 members, along with the city's Building Trades Council, an umbrella group with more than 70,000 members in construction jobs. He has been at the helm of the century-old electricians union for 25 years.

According to the indictment, Dougherty used union credit cards to buy groceries and household goods and to splurge on restaurants, and allowed others within his orbit to do the same. He allegedly used union funds to pay contractors for work at his own home. And he put friends and family members on the union's payroll, showering them with raises and overtime for hours they didn't work and using them to do personal tasks, prosecutors said.

Councilman Bobby Henon, meanwhile, received a $70,000 union salary when the only work he did was to do Dougherty's bidding at City Hall, officials said in a 159-page indictment unsealed Jan. 30. In one example noted by prosecutors at a morning news conference, Henon used his position on the City Council to try to stop Children's Hospital of Philadelphia from using non-union labor to install MRI machines.

His lawyer, Henry E. Hockeimer, said Dougherty has devoted "all his energies" to the union for a quarter century, leading to dramatic increases in wages and benefits. "To allege that John in any way attempted to defraud the union he cares about so deeply is preposterous," Hockeimer said in a statement.

Dougherty helped Mayor Jim Kenney win the election in 2015, the same year his brother, Kevin Dougherty, won a seat on the state Supreme Court. Henon, who rose through the union ranks to become its political director before winning a City Council seat in 2011, was charged with honest services fraud and other charges.

The defendants include Henon, who took office in 2012 and served as chairman of the public property and public works committee; union president Brian Burrows, and union officials Michael Neill, Marita Crawford, Niko Rodriguez and Brian Fiocca — Dougherty's nephew. Also charged was Anthona Massa, who ran a construction company that received more than $1.8 million from the union for work done between 2010 and 2016.

Henon has repeatedly denied any wrongdoing. The councilman's office said Wednesday that he will continue to serve.

"I have done nothing wrong," Henon said in a statement Jan. 30. "Every action I have taken as City Council member has been with the goal of serving working people."