Continuing problems at a $600 million facility built to handle liquid waste are to blame. 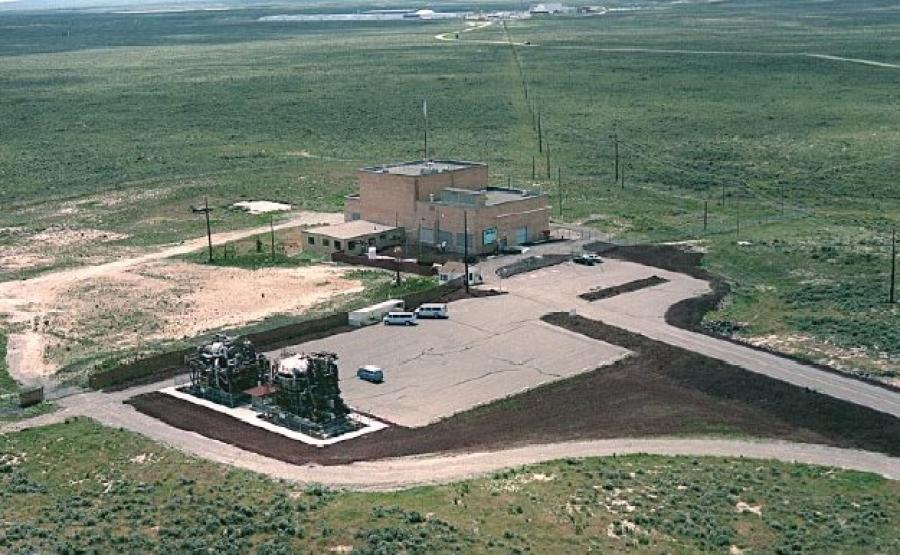 Continuing problems at a $600 million facility built to handle the liquid waste are to blame.

Jack Zimmerman, Idaho Cleanup Project deputy manager of the U.S. Department of Energy, said continuing problems at a $600 million facility built to handle the liquid waste are to blame.

He said the Integrated Waste Treatment Unit has successfully shown it can convert the liquid waste into solid form, “but we have not been able to achieve the stable operation we were looking for.”

The department initially had a 2012 deadline based on a 1995 agreement with Idaho, but that deadline has been extended multiple times. Zimmerman said the latest missed deadline means the department faces potential fines from the state that could reach $6,000 a day.

Perhaps more significantly, it's also a blow to the federal agency's desire to bring in research shipments of spent commercial nuclear fuel to the lab, one of 17 Department of Energy labs in the nation and the primary lab for nuclear research.

One shipment has already been canceled because of missed deadlines, an economic blow that officials say means the loss of millions of dollars a year to the area.

Idaho Attorney General Lawrence Wasden has refused to sign a waiver to the 1995 agreement allowing the shipments until receiving some kind of assurance that the 900,000 gal. of liquid waste currently stored underground at the 890-sq.-mi. (2,305 sq km) nuclear facility will be converted to solid form.

Negotiations between Wasden and Department of Energy officials broke down last year.

A spokeswoman said the attorney general's office had no comment on the missed deadline.

“We do know that DOE and their contractors have been working diligently to address multiple issues that have occurred,” Clough said. “However, we still expect compliance with the agreement that is in place.”

The 1995 agreement hammered out by former Gov. Phil Batt followed a federal lawsuit between Idaho and the Department of Energy settled in Idaho's favor. That started when then-Gov. Cecil Andrus became concerned the eastern Idaho federal facility was becoming a nuclear waste repository.

Andrus, who remains involved in the state's nuclear debate, said he wasn't surprised by Friday's announcement and remains concerned about nuclear waste stored above the Lake Erie-sized Eastern Snake Plain Aquifer, which provides water for the region.

“The [Department of Energy] has a history of never meeting deadlines,” he said. “Each day that passes with that high-level liquid waste below ground in 50-year-old tanks is a potential threat to the quality of the aquifer and therefore to the economy of the state of Idaho.”

Zimmerman said two main problems exist in converting the liquid waste. The first is that a bark-like substance halfway between a liquid and solid has been forming during the conversion process and is causing problems.

The second is that a key component in the main processing vessel needs to be repaired or replaced. Zimmerman said either option could take up to three months.

He said the federal agency remains focused on getting the plant working and wasn't looking at alternatives. He also said he had a high level of confidence the plant would eventually be successful, but didn't offer a timeline.

“We recognize the impact missing that milepost has to other operations,” he said, but added, “We will not begin the radioactive process until we know we can do that safely.”