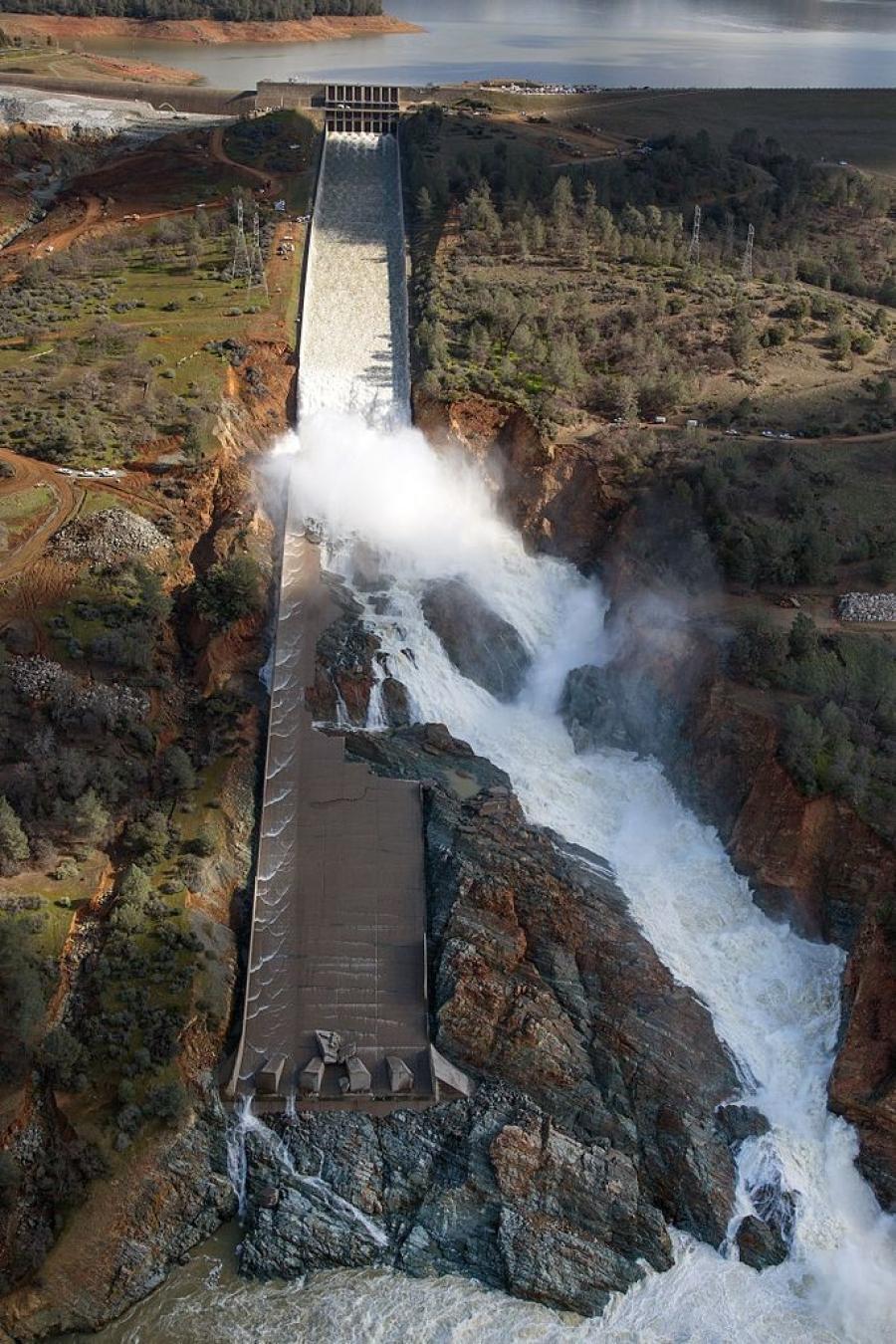 Spillways on the Oroville Dam crumbled and fell away during heavy rains in February 2017, forcing nearly 200,000 people to evacuate amid fears the dam would collapse. Disaster was ultimately averted, but the dam needed significant repair.

California has so far requested about $639 million from the Federal Emergency Management Agency (FEMA) for the Oroville Dam repairs, said Lisa Lien-Mager of the state's Natural Resources Agency. FEMA has agreed to cover $333 million.

That's less than about a third of the $1.1 billion the state's Department of Water Resources said it took to repair the dam. Spillways on the Oroville Dam crumbled and fell away during heavy rains in February 2017, forcing nearly 200,000 people to evacuate amid fears the dam would collapse. Disaster was ultimately averted, but the dam needed significant repair.

The agency rejected $306 million in repairs for the dam's upper gated spillway because it was damaged prior to the heavy rain, FEMA spokeswoman Brandi Richard said.

"Two separate independent engineering reviews indicate that a variety of problems existed at the dam prior to the February 2017 floods. FEMA's Public Assistance can only fund work directly linked to the declared disaster," Richard said in a statement.

California plans to appeal, though it has not yet received a formal memo from FEMA outlining its decision, Lien-Mager said. The state can seek reimbursement for up to 75 percent of the cost and may be submitting more reimbursement requests soon.

Local water agencies are already paying some of the repair costs, and anything not covered by the federal government would be kicked to them.

"We firmly believe that federally-required repairs to Oroville after a federally-declared emergency should qualify for full federal assistance," Jennifer Pierre, general manager for the State Water Contractors, which advocates for 29 local water agencies.

Republican state Sen. Jim Nielsen, who represents Oroville, said state water officials have long failed to do routine maintenance. The Department of Water Resources, he said, "must be more vigilant in its inspections and more thorough in its maintenance of the Oroville Dam for the safety of the people of Oroville and residents living downstream."

Republican U.S. Rep. Doug LaMalfa, meanwhile, blamed the state for spending money on other things, such as a high-speed rail project, over "fixing known deficiencies at the dam."