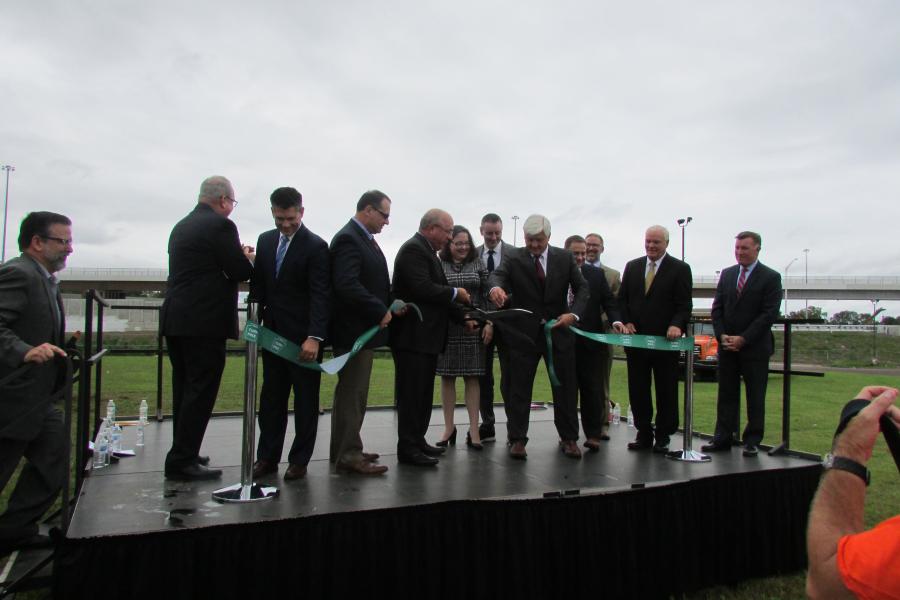 Otherwise known as the “Missing Link,” this section of road, which includes flyovers, was about 40 years in the making. The new flyovers connect the PA Turnpike and I-95 and opened to traffic Sunday, Sept. 23, 2018. This was the only unlinked section of I-95 spanning from Maine to Florida. 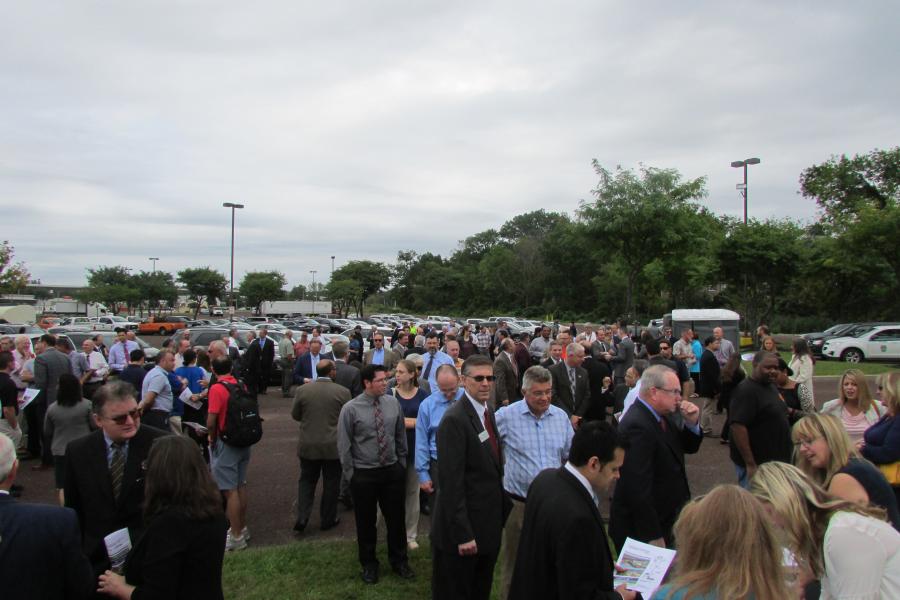 “How many people thought this day would never come?” asked Mark Compton, CEO of the PA Turnpike Commission, of attendees of the ribbon-cutting event, which included invited guests, elected officials, contractors and members of the media. “We know that motorists have been waiting for a long time for this connection, and probably more so important, we know that the locally [Bristol, Pa.], people have been waiting for this for a long time … to get all that traffic off their local roadways. We are excited to give you your roads back. I'm honored to say that I-95 is the longest north-south artery of 1,900 miles and this weekend it will finally be continuously connected.”

A Boon for the Local Economy

“This is a great day,” added Pat Deon, commissioner of the PA Turnpike Commission.

“The total cost is of this project was $450 million and it created more than 500 sustained construction jobs, hundreds of millions of dollars in regional business sales. It's been a great boom to the area. You don't realize how much savings it has on fuel and travel time, when you can make that connection directly from I-95 to the PA Turnpike.” 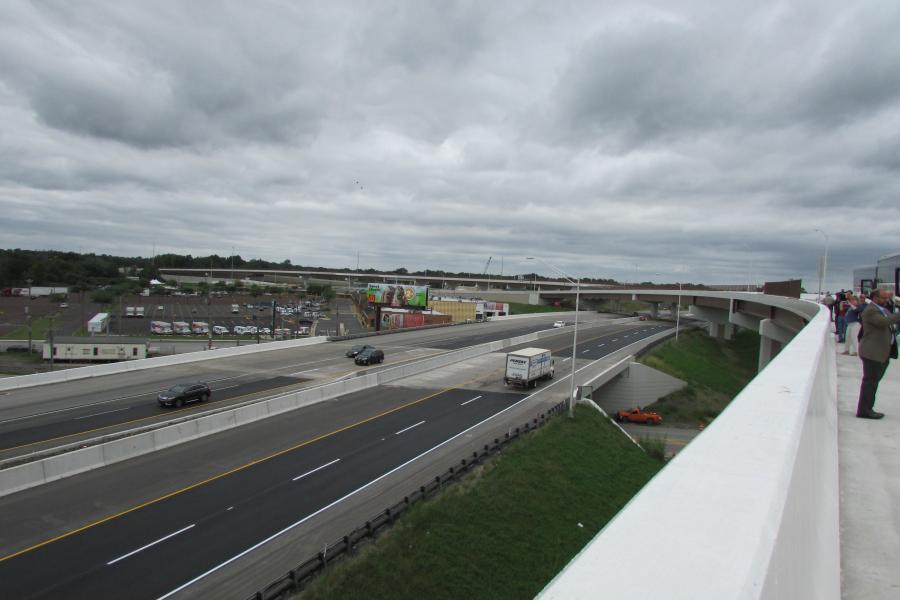 The new flyover ramps connecting Interstate 95 to the turnpike provide increased mobility and will help to mitigate congestion for I-95 motorists, said Kenneth McClain of PennDOT.

“Additionally, the [local] drivers that use Route 13 and 413 will no longer have to share their local roadways with interstate bound through traffic,” he said. “That is very, very important. Both sets of those motorists are going to have increased and streamlined commutes to and from work and recreation everyday of their lives, so this project truly is a big deal.”

Alicia Nolan, division administrator of the Federal Highway Administration, said that when she started at the administration more than 30 years ago, the government was in the process of completing the interstate highway system.

“But there were a few areas that were very complicated known as gaps or sections that weren't completed and they took a long time to reach completion, because of those complications … and this happens to be one of those sections,” she said. “I know that here in Philadelphia, traveling through as I did in my early career days, I thought I would just follow I-95 and I should be all set to get from Washington, D.C., to New York. I realized that was not the case. I quickly discovered there is this huge gap that was part of Interstate 95. Today really marks a very historic moment to have that connection and that completion. I-95 is a vital transportation link that serves about 10 percent of the area of the country, but over 40 percent of the nation's population. It really connects major cities and more than 110 million individuals.”

The original stretch of the PA Turnpike was completed in 1940.

The Delaware River extension of the PA Turnpike and the Delaware River Bridge were completed in the 1950s. Ten years later, I-95 was built, but there was no direct connection between the two highways.

When I-95 was completed, federal laws prohibited the connection, the use of federal funds, to connect to the tolled PA Turnpike. The two highways crossed, but did not interchange. In the mid 1970s, PennDOT studied a connection between the Turnpike and I-95, but it wasn't an easy to build route. 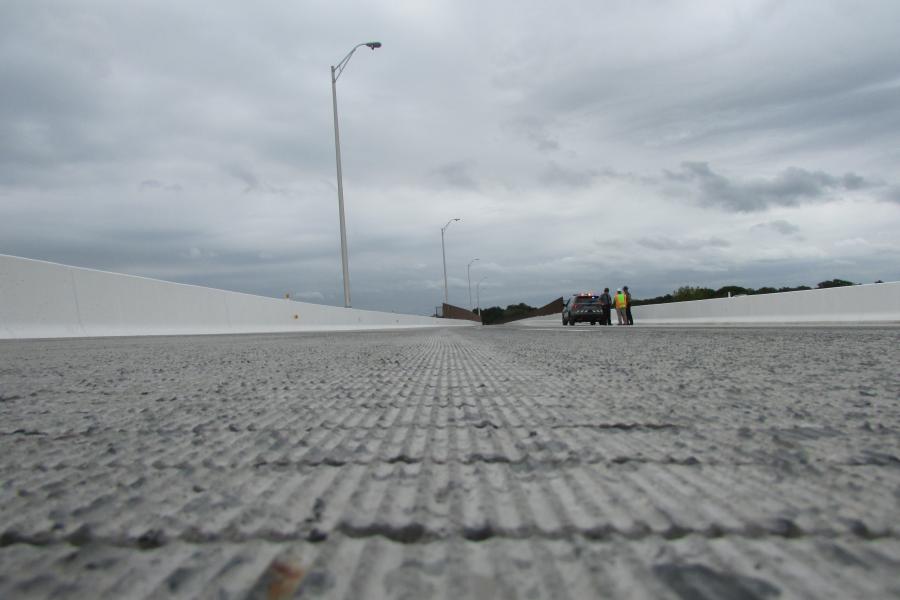 In 1982, the Federal Surface Transportation Assistance Act specified that I-95 should be completed through a PA Turnpike/I-95 Interchange that would connect the NJ Turnpike using the Delaware River Bridge. Three years later, PA Act 61 authorized the PA Turnpike Commission to construct projects throughout the state including the interchange between the Turnpike and I-95 in lower Bucks County and Turnpike widening from Valley Forge to the Delaware River.

After the legislation, work began on a decade-long Environment Impact Statement, along with a look at project alternatives and impacts. It had originally been a two-stage project, but high costs forced PennDOT and the Turnpike Commission to reconsider.