The city and borough of Sitka, Alaska completed the largest construction project in the city’s history in December 2014 — The Blue Lake Hydroelectric Expansion Project. 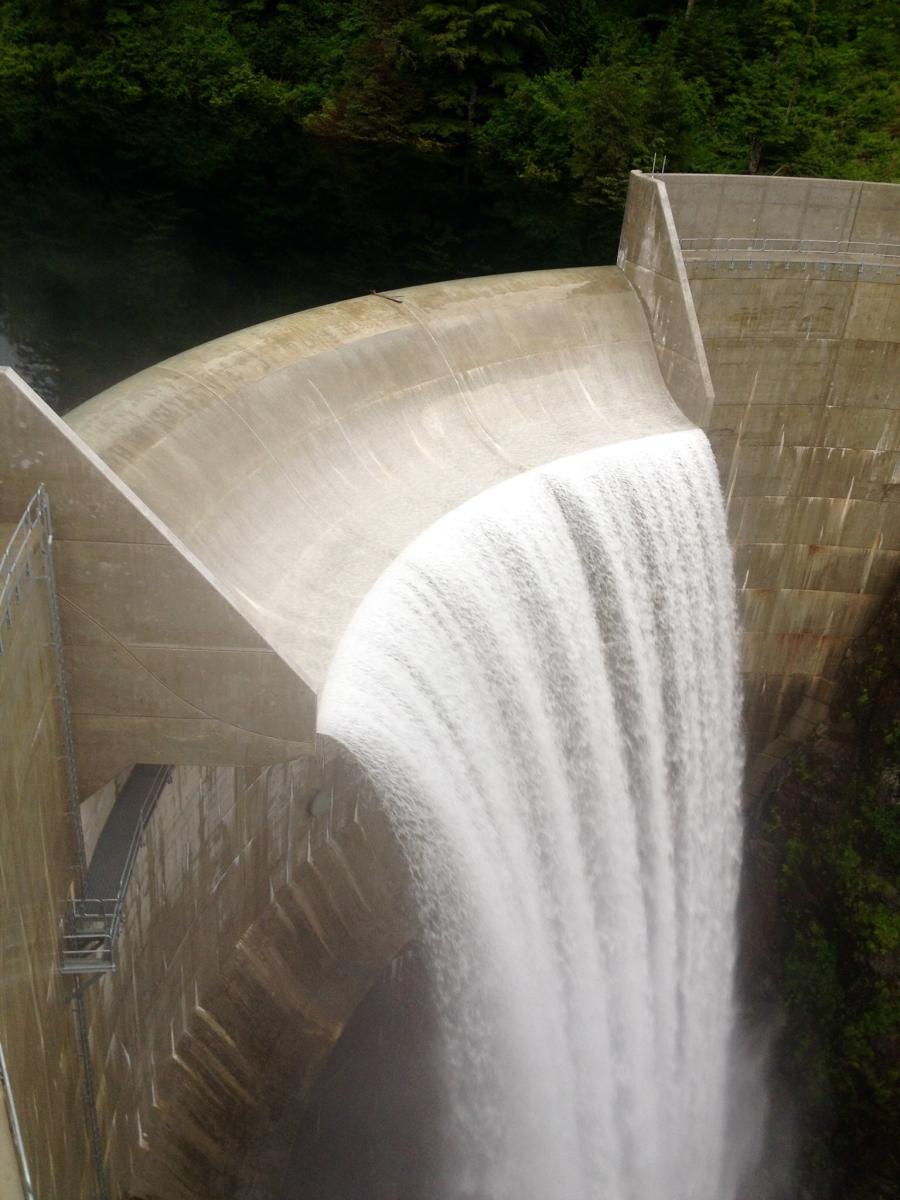 Hydroelectricity in Alaska is an important and environmentally friendly choice for electricity, especially for a state where much of the residents are not connected to a central electric grid.

The city and borough of Sitka, Alaska completed the largest construction project in the city's history in December 2014 — The Blue Lake Hydroelectric Expansion Project. It was completed on time and on budget and is providing energy independence for Sitka, now and in the future. DamNatural, the fourth film in the project's run by filmmaker Hannah Guggenheim, features highlights through the journey of planning, design and construction.

Hydroelectricity in Alaska is an important and environmentally friendly choice for electricity, especially for a state where much of the residents are not connected to a central electric grid. This proves to be true in Sitka, where there were already two hydroelectric facilities generating almost 100% of the electricity.

When oil prices rose in 2007, many of the residents in Sitka turned to electric heating, straining the islands' two hydro plants. A choice had to be made to either burn costly diesel fuel in the city's backup diesel generators or look for a cleaner solution. The Blue Lake dam, being designed in 1950's to be expanded, was a natural choice and the Blue Lake Expansion Project was born.

The project took seven more years to be completed with licensing and design being completed in late 2011, and construction lasting only two years until December 2014. The project consisted of three main features, including raising the dam by 83 ft. (25 m), building a new powerhouse with three new turbines and installing a new intake and tunnel.

Upon completion in 2014, it was clear that the success of the project could be emulated in other hydroelectric projects and is now visible in the film DamNatural.

The Blue Lake Expansion Project also won an incredible Top Plant Renewable award from POWER Magazine and is featured on their cover for December 2015. This comes as the project celebrates its first year of completion and is producing clean, renewable and environmentally friendly electricity for Sitka, Alaska.

“Sitka is a community based on living close to the natural environment and it is fitting that the power comes from what is most naturally abundant in Sitka, the rain,” said Bryan Bertacchi, Sitka utility director. “A successful expansion of a dam and building of a new powerhouse doesn't come easy and Sitka has paved the path for similar projects by shining a proverbial light on what renewable energy looks like, even if it isn't recognized by the federal government as such.”

After the completion of the Blue Lake Expansion Project, Sitka now boasts the fifth lowest rates in the state of Alaska with excess electricity. Sitka is now in prime position to attract business to the island which could include the expansion of their thriving seafood industry, additional marine services and other general manufacturing. Additionally, Blue Lake has so much water that even with the new hydroelectricity being produced, there also is the potential for bulk water export.