Tellepsen is considered one of the safest construction companies in the country. It hasn’t had a major accident on a job site for more than a decade. 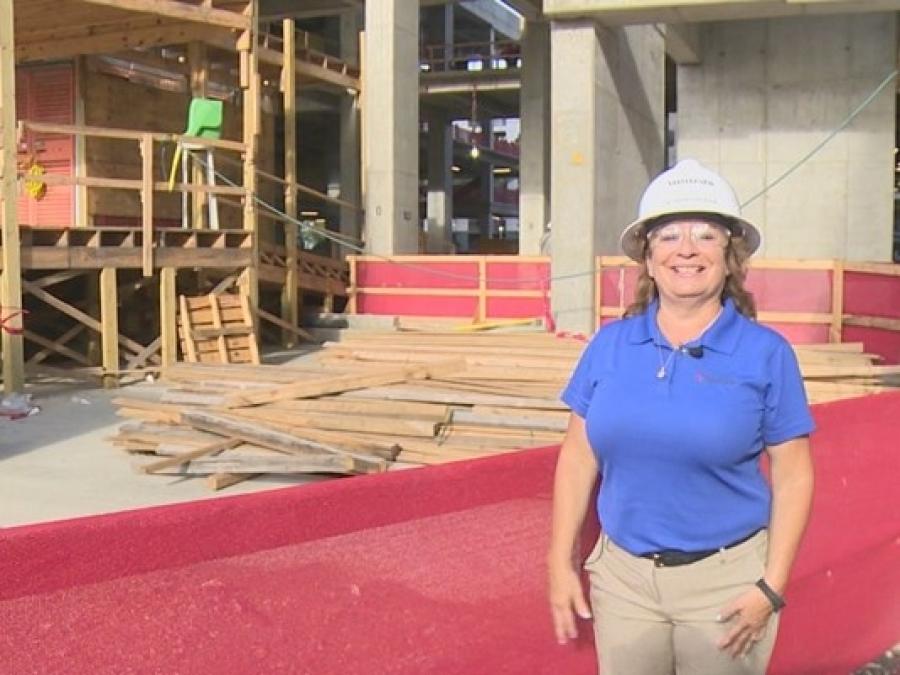 Susan Phillips in the safety guru with the stellar record.(khou.com photo)

HOUSTON – They say safety is no accident.

Tellepsen is considered one of the safest construction companies in the country. It hasn't had a major accident on a job site for more than a decade.

Susan Phillips in the safety guru with the stellar record.

“It's awesome! I mean, look at it! Hear it,” gushed Phillips from the site of a hotel under construction in the Galleria area. “Doesn't it give you goose bumps?! No? Well, it does me. All of it! All of it! I love the idea of concrete. It's crazy.”

It's hard to spot the woman in the hard hat who stands 5-feet tall. She routinely works her way through more than 30 Tellepsen construction sites throughout the Houston area.

Most workers are surprised by her stature when they first meet Phillips.

Tellepsen hired Phillips to be someone's secretary 21 years ago. A few years into her career, Phillips soared to the company's safety director.

“I'm in awe of construction. But what I'm most in awe about, is that worker, when they finally get the safety program.”

Her feminine moxie means kind but firm safety raining. Her attention to details saves lives. On any given day, Tellepsen can employ up to 3,000 people.

Phillips boasts 15 million man hours, or about 13 years without any major injuries.

She described the safety record as a big deal, considering Tellepsen is behind some of the biggest buildings in the Houston area.

The company has 30 ongoing projects that, in total, span more than 6 million square feet and are valued at more than at $2.2 billion.

Phillips has earned more national safety awards than she can count on her manicured hands. She also has a throne all her own. A pink Port-o-Potty only accessed by key at every construction site.