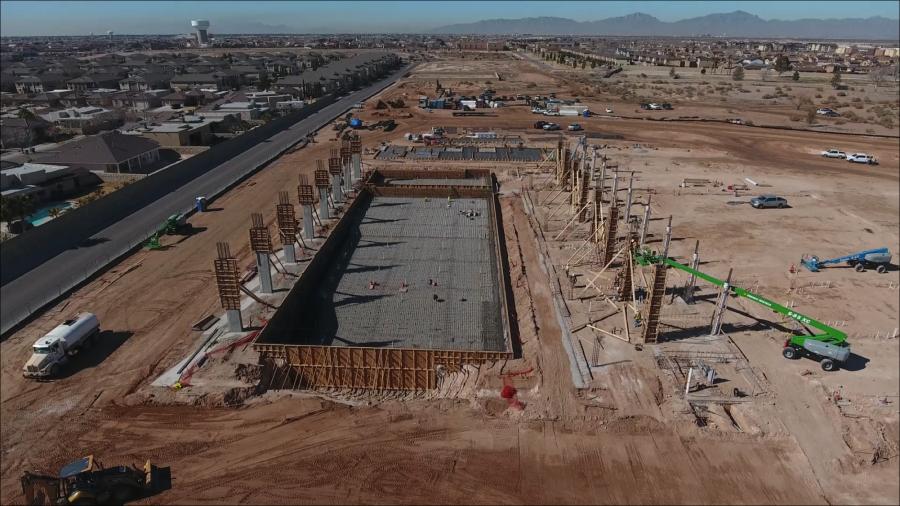 The East Side park project is just one example of the many quality of life projects the city of El Paso is offering its citizens.

Ground was broken on the East Side Regional Park in El Paso, Texas, on Aug. 23, 2018. Sundt Construction is handling the project.

The work will be completed in phases. Phase one along Jason Drive will include development of an indoor 50-m lap pool, a recreational pool, a splash pad, a lazy river, a rock climbing wall, a recreational center, new parking lot and landscaping. 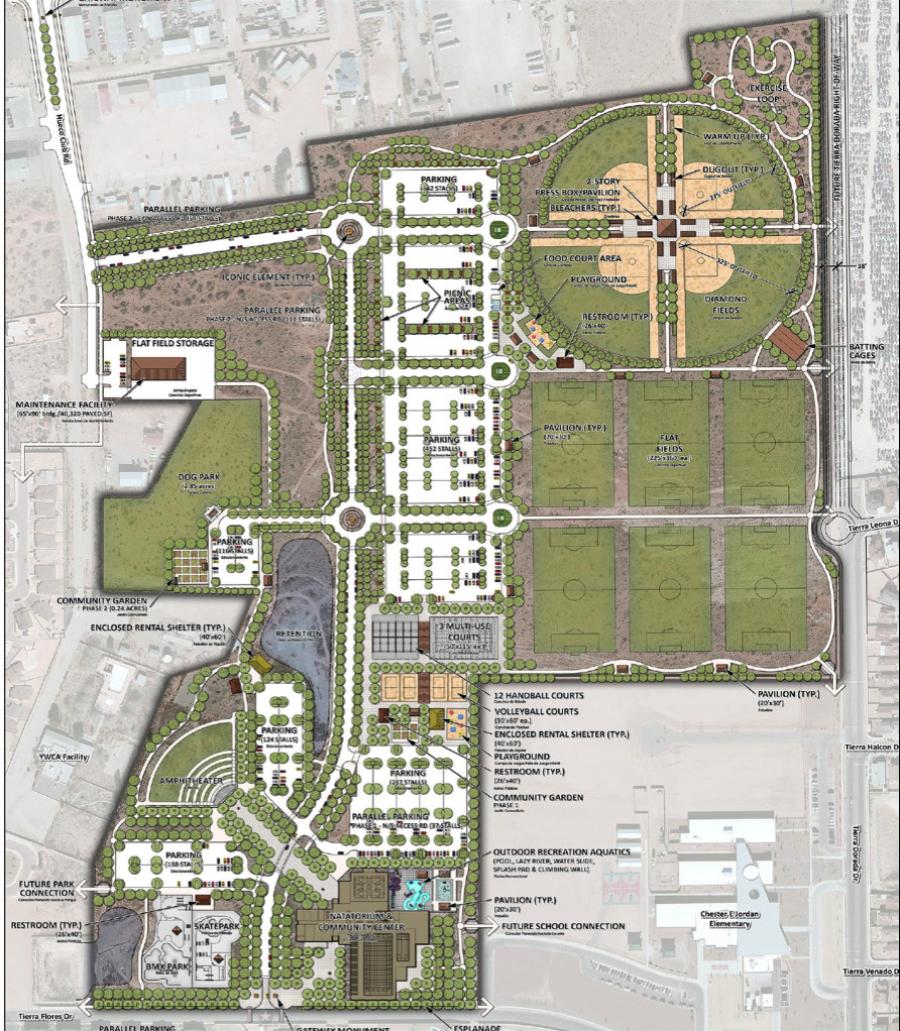 Phase two will involve the development of fields and various support infrastructure. Phase three is more speculative, and will happen if funding is available. Phases one and two are being paid for by a 2012 "Quality of Life" bond program that will provide $48 million for the upgrade.

East Side Park is simply a working name for the project. The 92-acre former golf course will be formally named upon completion. Approval for the park project occurred in late June. The master plan was first presented in 2015.

"There's been tremendous public interest and input," Rodriquez said. "We held a meeting at which public art contributions were discussed. The community is heavily involved with the project."

Though Phase One of the project is set to open in summer of 2020, the advance PR will begin late this summer, in 2019.

"We'll be starting a promotional campaign months before the park opens," Rodriquez said. "You have to time it properly: you want to build excitement, but not too much too soon."

Because the project is still in progress, some details, such as how best to fund the ongoing operation of the park once it opens, have yet to be determined.

"Council has to decide how much revenue is needed to make the park self-sustaining," he said. "We want to maximize our revenue successfully. Also, up in the air is whether or not the city will subsidize some fees in order to make usage more appealing to every resident. We do believe that the great experience people will have at the park will make any fees acceptable."

Rodriquez also explained how the master plan notes that the topography of the 92-acre lot includes a center portion that tends to retain storm water would be utilized.

"It's a benefit," he said. "Any time you have an opportunity to collect groundwater it should be taken. In our situation, because we're in the desert, we'll be using any storm water we collect to irrigate flat fields and landscaped areas. It's a Green Building measure and highly desirable."

Lastly, he added that the East Side park project is just one example of the many quality of life projects the city is offering its citizens.

"We have spray parks and aquatics programs opening at other parks around the city as well," Rodriquez said.