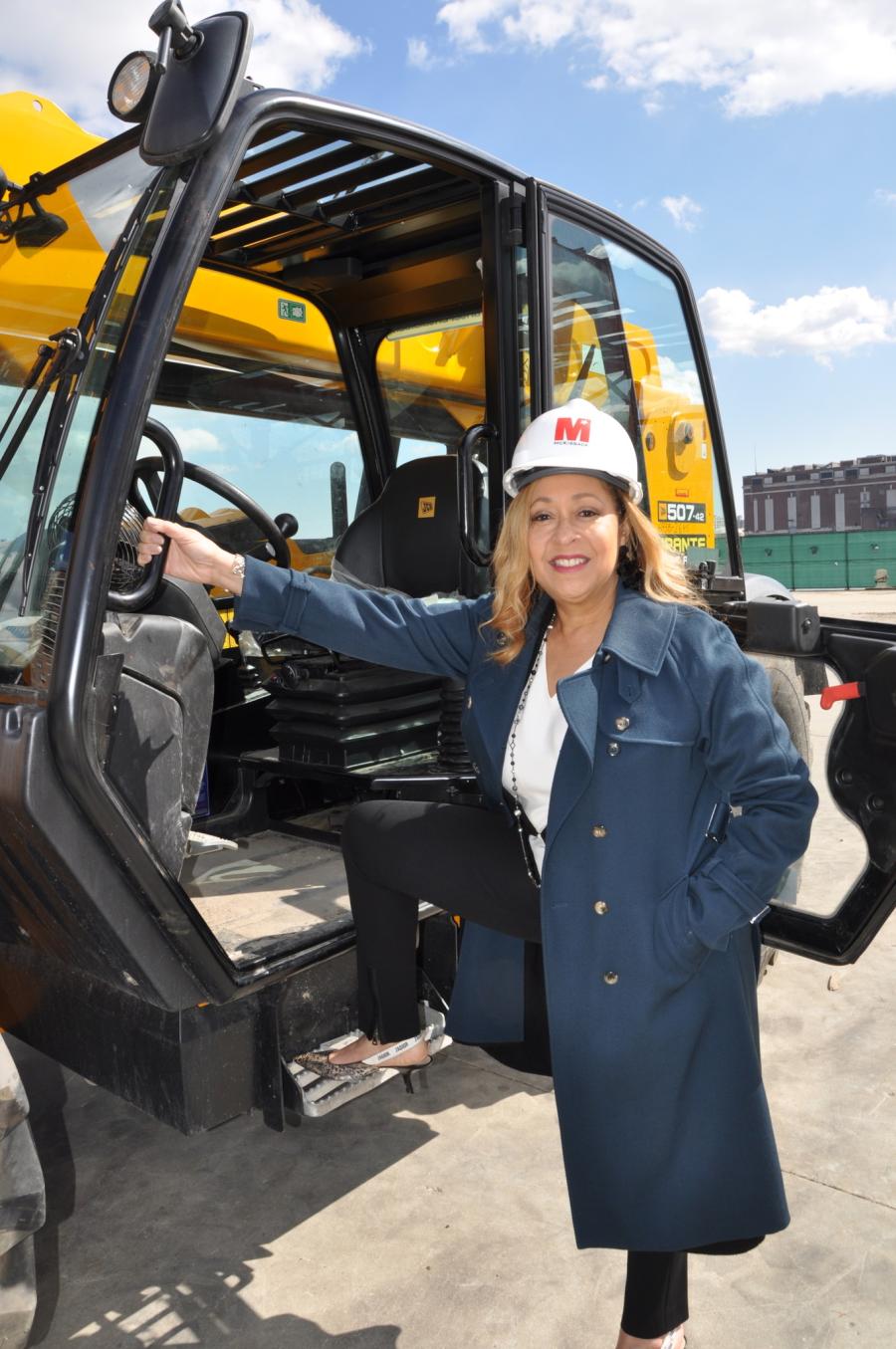 Cheryl McKissack Daniel has more than 25 years of experience in all phases of the design and construction industry, including major project work in the commercial, healthcare, education and transportation sectors.

On the latter list, Cheryl McKissack Daniel would have to be considered at the top. She is the president and CEO of McKissack & McKissack, the oldest women/women/minority-owned professional design and construction firm in the United States.

However, McKissack Daniel doesn't sound like a person who has reached the top of her profession and is ready to rest. Instead, she has her sights on continuing to uphold the McKissack & McKissack brand. She's already envisioning the next projects in addition to the thousands already completed. Currently, McKissack & McKissack is the Project Prime/Lead for the $8 billion JFK Airport Project and the infrastructure for The Barclays Center.

Public-private partnerships like Terminal One at JFK Airport is an aspect of the construction industry that excites her.

"Selling to investment bankers is the way of the future," said McKissack Daniel. "A lot of our projects will continue to be funded this way. What I've picked up from them is they are totally into best value. They don't care what you look like — they are trying to figure out how to get to their bottom line. If you can contribute to that, and the social issue that is part of their agenda, they are interested in talking to you. It is not a long drawn-out process. It moves quickly based on what they are looking for. I find it extremely interesting."

Then there is a job duty that isn't technically listed under president and CEO, but McKissack Daniel considers it a personal responsibility. As a female executive in this industry, especially one of color, she is on a mission to break barriers.

McKissack Daniel has more than 25 years of experience in all phases of the design and construction industry including major project work in the commercial, healthcare, education and transportation sectors. Born in Nashville, Tenn., she comes from a long lineage of architects and builders that began with an enslaved Ashanti ancestor in 1790. 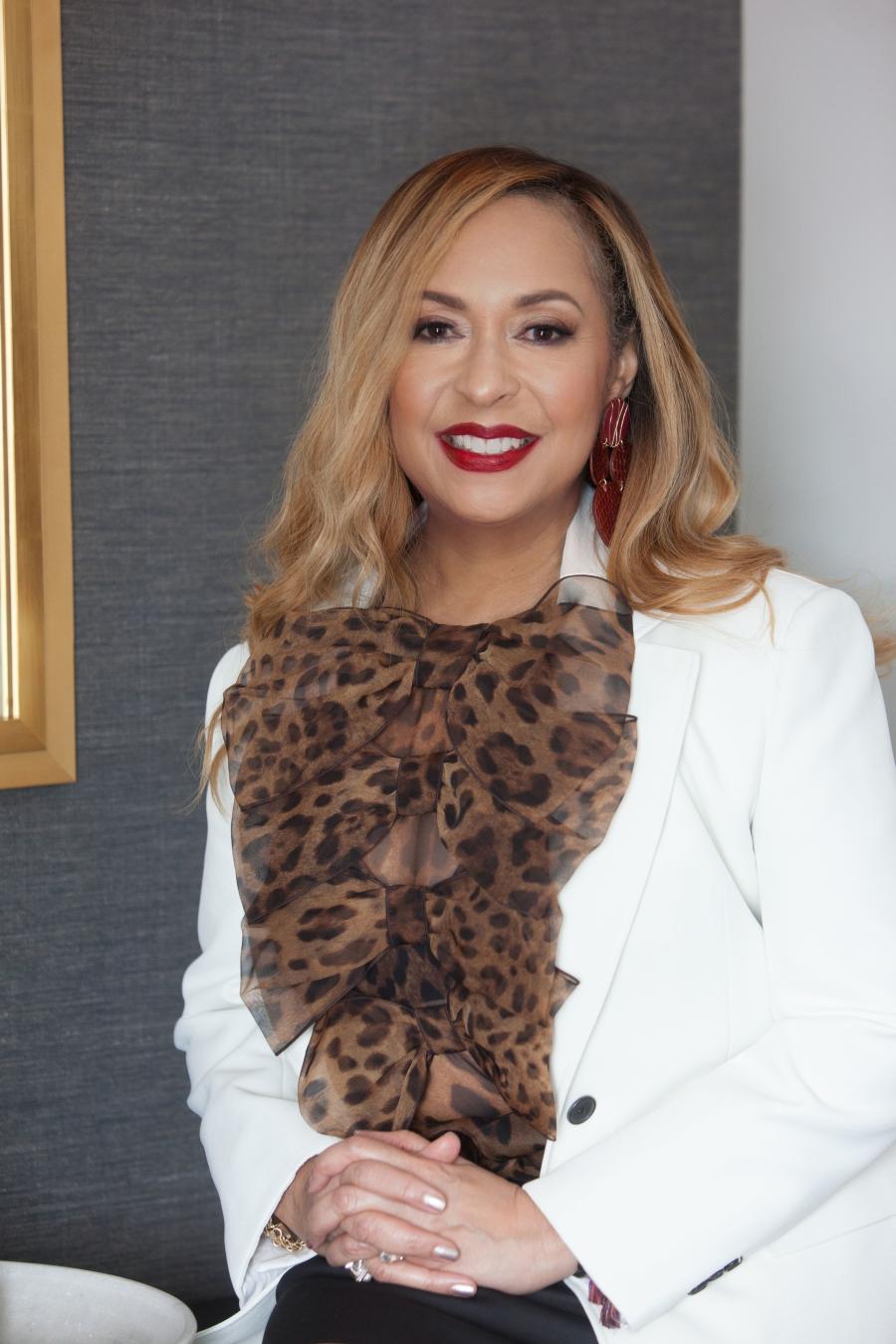 Her grandfather, Moses McKissack, founded the family business in 1905. Her father, William DeBerry McKissack took over in 1968, and her mother Leatrice Buchanan McKissack grew the business after her husband died. Today, McKissack Daniel represents the fifth generation of the McKissack family's century-old business, McKissack & McKissack, the oldest minority and woman-owned design and construction firm in the nation.

Her father, William DeBerry McKissack, joked that he was turning his daughters into boys when he took them to construction sites. He explained the nuances of the industry during site visits and by the time McKissack Daniel finished college and grad school and started working for Turner Construction, she already felt comfortable.

"Because we are five generations and each generation has been able to advance the company, there is a lot of pressure," said McKissack Daniel. "There is also a sense of pride that permeates through me and my staff."

McKissack & McKissack provides construction management, program management and consulting services for various project types throughout the East Coast and the United States. The firm's primary focus is in the infrastructure, transit, healthcare and education sectors. The McKissack family of services extends into areas of expertise beyond traditional AEC disciplines, broadly supporting client needs related to their facilities.

Over the years, McKissack Daniel has built upon the success of her firm's fore parents by fostering long lasting relationships and by providing innovative solutions to complex projects. Her success stems from her unique ability to listen, ask the right questions, lead through expertise and always being prepared.

To each project her firm undertakes, McKissack Daniel brings capabilities drawn from her staff of architects, engineers, and construction professionals. Her company currently employs more than 150 employees and has contracted more than $50 billion dollars in construction over the past decade.

"It is hard to hire the right people with respect to those who have the right mindset for our culture," said McKissack Daniel. "However, there are people who love working in the culture we've created. We are different than large construction management firms where there are various layers of management. We try to use our culture as a selling point. We are interested in people's creative and innovative thoughts. We provide you with the framework to operate and funnel those ideas. We are behind your decisions. That takes a certain type of professional who believes in themselves."

Within McKissack & McKissack, clients find a mastery of talent blended with commitment, resources and implementation skills, all under the leadership of McKissack Daniel.

As president and CEO, McKissack Daniel serves as project executive on all of her firm's high-profile projects. In this capacity, she provides executive leadership and ensures that diversity is implemented during each phase of a project or program. Her skills include expertise in estimating, scheduling, design review, document control, construction inspection, and developing and implementing quality assurance/quality control programs.

"Everywhere I go, I walk up to a woman or a minority male who has qualifications and start talking to them," she said. "And, what do you know! No one has come to talk to them about another opportunity. I open my mouth and say to them I have an opportunity at JFK and we are looking for women and minorities. Here's what it's about … are you interested?"

Nine times out of 10, she at least gets a cup of coffee with them because they are interested.

"You do business with people who look like you," she said. "Hiring pretty much falls into that category. It's easy for me to talk to women and minority males. I've been doing it for years."

McKissack & McKissack is involved with some of New York's largest projects including:

A Seat at the Table

McKissack Daniel serves on numerous, corporate, charitable and community boards. As a board member, she focuses on strategic planning as part of good governance. She believes strategic planning is a critical part to a board's mission and formulating good strategy ensures long-term value creation, building an ethical culture and managing risk. 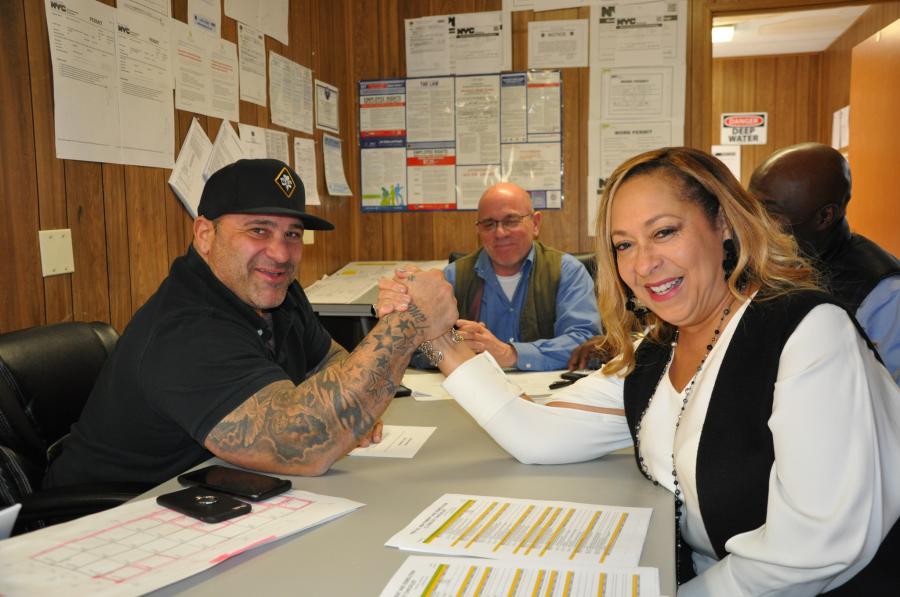 Women continue to fight for a seat at the table where decisions are made. Even someone like McKissack Daniel, who, theoretically, can build a table and the building it is in.

McKissack Daniel said that getting a seat at the table and becoming comfortable at the table is something that evolved over time.

"When I go into the room I now understand what I bring to the table that's unique and different," she said. "My voice can create a better project. Sitting at the table now, I feel like I'm bringing a fresh look and perspective that others are not. It gives you a sense of peace and you know you bring value. I'm extremely comfortable. I've been in hostile rooms. I'm so glad we have women at the table. But we are also going to bring brown and black people to this table. That's not met all the time with open arms. If people want to hear it and they think it's a value to them then I'm the right person to have to deliver and implement the message."

Bringing "black and brown people to the table" is a big job. It's something McKissack Daniel is passionate about and she has been recognized for her efforts. She's been honored as a "Hero of Liberty" for her support of humanitarian initiatives and for promoting the responsibilities of a free and diverse America.

McKissack Daniel is expanding her personal brand to include keynote engagements and panels to get more minorities and women interested in design and construction.

"I want to send a message that we are not boring people," she said. "Not only can this industry build wealth and be tremendously satisfying, you can be yourself and create your own destiny. It touches on so many different areas. It's a lucrative and satisfying field for women and women of color."

So, if McKissack Daniel had an audience with an auditorium full of fifth grade public school girls from New York, what would she tell them?

"I'm collaborating with Taraji Penda Henson. I'm working with Lamman Rucker. Also, I'm working on having Joseph Sikora from ‘Power' at my Christmas party. I would get their attention based on celebrities. It captures their attention. Then, I would tell them what the attraction is and what we bring from the construction industry. Everybody cannot be a celebrity or an athlete. But you can chart a similar celebrity status — if that's what's important — by being your own person and using your brainpower. Going into construction, design, STEM … all of it is extremely important. Those are going to be the celebrities of the future." CEG