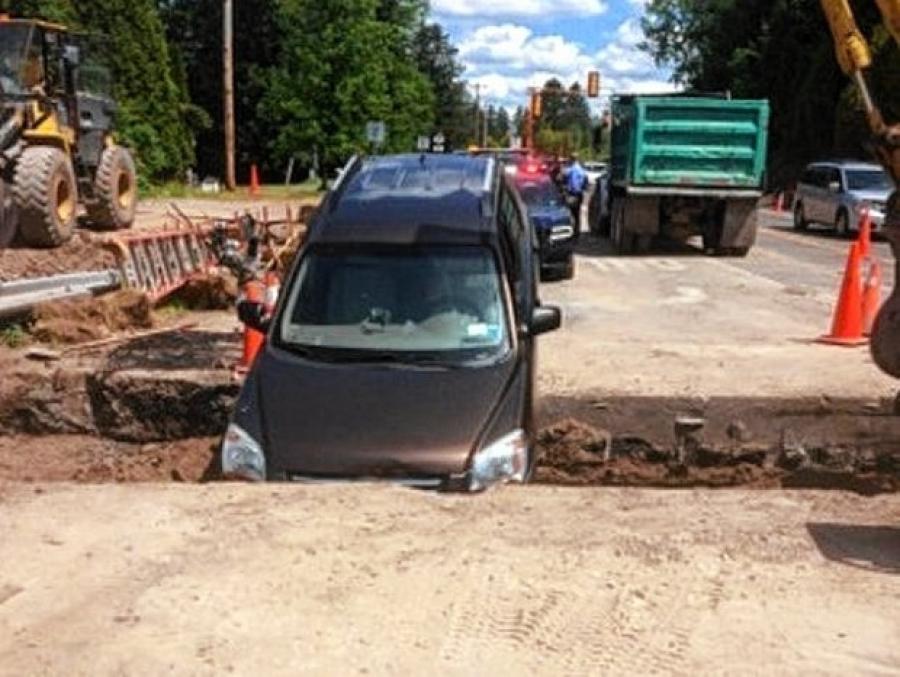 The Website Syracuse is reporting that New York State troopers chasing a burglary suspect last week got an assist from a huge gap in the road in Fayetteville.

State police responded at 2 p.m. June 16 to a call for a burglary in progress at a home on Gates Road in Pompey. As troopers arrived, a resident identified a possible suspect who'd been seen breaking into homes in the area, state police said.

The troopers saw a vehicle matching a description of the suspect's leaving a driveway and heading north on Gates Road, state police said. When they tried to stop the vehicle, the driver refused and continued onto North Burdick Street, state police said.

The SUV came to rest in the unfinished section of pavement, with its front in the trench and rear on the pavement. The crash caused damage to his vehicle. No one was injured, state police said.

The suspect, later identified as James D. Spinner, ran from the vehicle but troopers apprehended him immediately, state police said.

Spinner, 29, of Syracuse, was charged with second-degree burglary, resisting arrest, and unlawful fleeing a police officer. He was arraigned in Pompey Town Court and ordered held in the Justice Center jail with no bail.