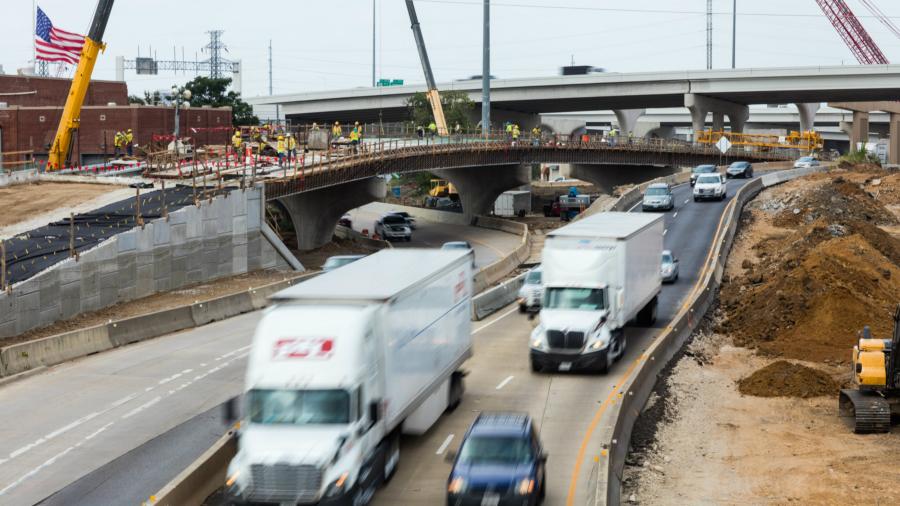 Fluor Corporation (FLR) announced recently that it was awarded a construction contract for the Interstate 35 (I-35) Capital Express South project in Austin, Texas, by the Texas Department of Transportation (TxDOT).

Fluor will book the nearly $548 million contract value in the second quarter of 2022.

Construction is scheduled to begin in late 2022 with substantial completion anticipated in late 2027.

"This new award is a continuation of Fluor's Texas-centric infrastructure focus and reinforces the strength of our relationships with state and local officials across the state," said Thomas Nilsson, president of Fluor's Infrastructure business. "This is the first in a series of vital infrastructure projects to rebuild the I-35 corridor in Austin in response to business and population expansion in one of the country's most dynamic regions."

Fluor's scope includes a combination of at-grade and elevated lanes in the median, reconstruction of bridges and frontage roads, the addition of a shared-use pedestrian and bicycle path and enhanced safety and mobility improvements.

I-35 through Austin is one of the most traveled interstates in Texas and serves as the backbone of the local, regional and national transportation network. This portion of the interstate serves more than 150,000 vehicles per day.

Fluor has been designing and building infrastructure projects in Texas for nearly 20 years and is currently executing the I-635 LBJ East, Southern Gateway and I-35E projects in Dallas; the Oak Hill Parkway project in Austin; and performing capital maintenance for the Horseshoe project in Dallas.