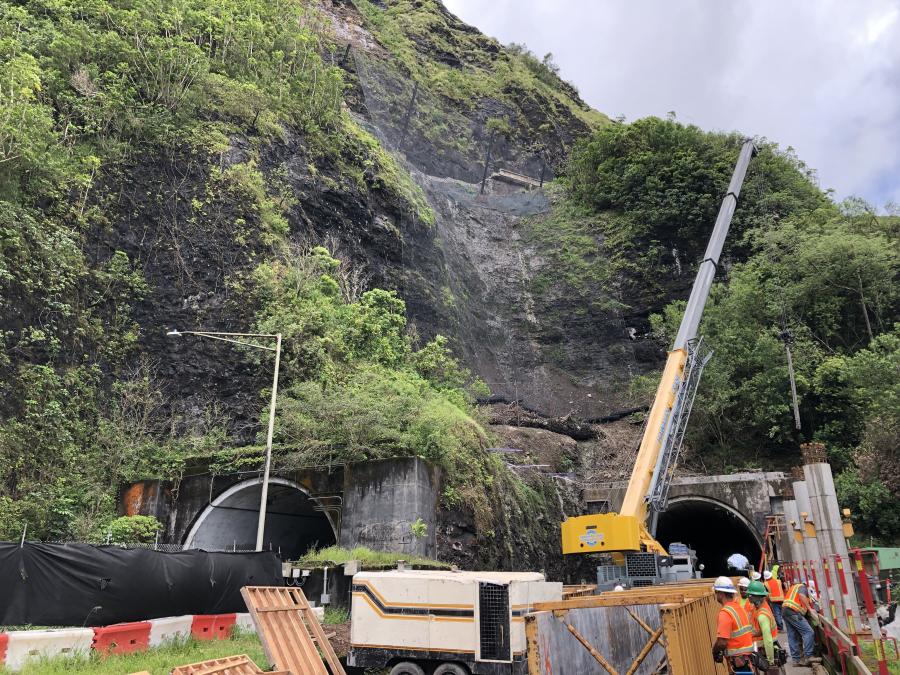 The Hawaii Department of Transportation (HDOT) announced that beginning Aug. 1, 2019, the Pali Highway access hours will be extended. The new schedule will be:

Sunday to Friday (closed on Saturday and State holidays):

The emergency slope stabilization work between the tunnels has progressed to allow for the extension of hours; however, following the record rainfall on June 25, HDOT has decided to protect additional slopes in the area. The design of the additional work is being finalized but will likely involve the installation of additional catchment fencing and soil nail anchor systems. 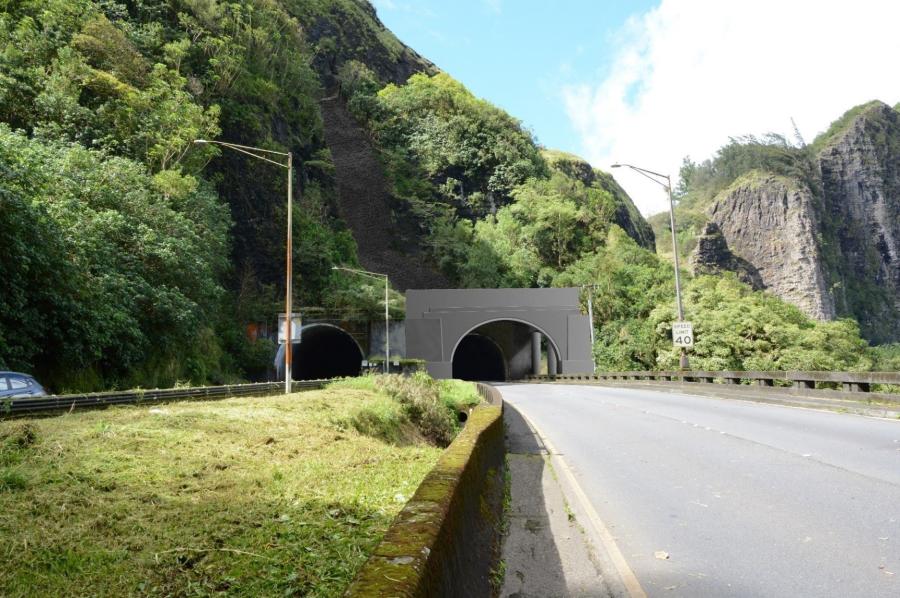 Latest conceptual rendering of the new tunnel structure on the Honolulu bound side of Pali Highway. (Hawaii Department of Transportation photo)

The design of the soil nail anchor system that was being installed on the slope on the Kailua side of the tunnels is being modified to include longer soil nails. The slope is currently covered with temporary erosion control matting.

HDOT anticipates opening both directions of Pali Highway between 5 a.m. and 7 p.m. Sunday through Friday in September once the new tunnel structure protecting the Honolulu bound lanes is completed. Nightwork will be necessary through November and single lane daytime closures will be used sparingly after September to complete the additional slope protections and the Pali Highway improvements. All construction is weather permitting.

"We appreciate everyone's patience as we work to protect Pali Highway," said Ed Sniffen, Hawaii Department of Transportation deputy director of highways. "Following completion of the protections we have been able to put in place thanks to FHWA's Emergency Relief program and the emergency funding from the State Legislature, we fully expect that Pali Highway will be more resilient and dependable in severe weather events."