Construction is on schedule, as the Buccaneers prepare to host Limestone College on Sept. 2. 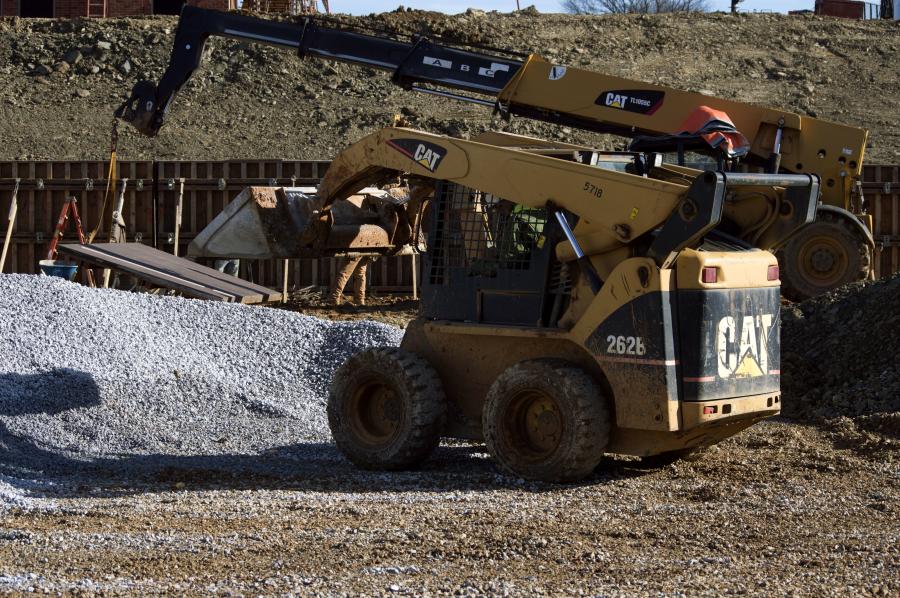 In Johnson City, Tenn., fans are making plans to attend home games at East Tennessee State University (ETSU), as work continues on a new football stadium. Construction is on schedule, as the Buccaneers prepare to host Limestone College on Sept. 2.

"The last football game hosted on campus was in the Mini-Dome more than 10 years ago," said Bill Rasnick, ETSU associate vice president of facilities management. "The football program was eliminated at that time, due to budget concerns. There is a lot of excitement from all about completion of the stadium, which will bring fall football back to the campus and to an outdoor stadium for the first time since the 1970s.

Patterned after a classic horseshoe design and situated at the foot of Buffalo Mountain in the campus' southwest corner, the new stadium will include about 7,000 seats, with the option to add seating to accommodate more than 10,000 people. It will feature a large concourse between the east and west stands. A press box and multiple suites are planned for the west side. Concessions and restrooms will be located on both ends. A video board will be placed on the south end of the stadium, with the main entrance gate positioned on the east side, opening toward the main campus along Dossett Drive. Nearly 4,000 parking spaces are being created.

"The stadium project is a very complicated process, and broken into multiple phases to improve the overall delivery schedule," said Rasnick. "The process is interesting, as it involves elements of construction not found in many standard projects. We have recently been working on food service and the video board, which will be the final pieces. It's exciting to watch the progress each day, and look back at how far we have come since summer of 2016."

The Phase 1 stadium budget is $25.9 million, with the cost covered by student fees and local funds. Officials said the new stadium's completion will be the culmination of several years of planning, design and construction. After students approved the funding, the project was given the go ahead by the state building commission. Significant input was received from fans on campus and in the community to help shape the stadium concept.

Bringing football back to ETSU is considered essential to the future vision for the school, students and alumni. The University's enrollment goal of 18,000 is reportedly within reach, with football serving as a crucial part of that effort. An ETSU College of Business economic impact study found that $32.5 million in annual spending will be achieved as a result of the estimated 500 ETSU students associated with football, band and other programs.

As work got underway on the project, the stadium site had a number of campus operations that had to be relocated, requiring a great deal of planning.

"Several facilities operations were relocated to the warehouse area located on the southeast corner of campus. A number of parking spaces were also lost with the stadium construction. A new parking lot south of Nell Dossett Hall is currently in design to help offset those losses. The Basler Challenge Course also had to be relocated to the northwest of the soccer complex to provide adequate space for the stadium," said Rasnick.

"A number of faculty and staff were relocated across campus when the two houses they were occupying were demolished for the stadium site. Generally, the planning and relocation of these facilities and operations has led to more efficient operations and better facilities."

At a November 2015 groundbreaking ceremony on the site of the new facility, the ETSU Department of Intercollegiate Athletics celebrated the official start of construction. University president Dr. Brian Noland was among the officials turning shovels of dirt. A pigskin also was tossed playfully, as the crowd clapped in anticipation of the project. ETSU athletic director Dr. Richard Sander said the stadium represents a new beginning.

"When we play that first game in this new, beautiful stadium, everyone one of you should feel good about that, because it's not only a statement about ETSU athletics and ETSU football, it's a statement about a bunch of people making something worthwhile come together."

Construction of the synthetic turf field is expected to start in May. Crews have yet to begin placing all the site concourse concrete. They also must install the LED video board, which is in the bid phase, and complete the four buildings currently being built.

Work on the stadium project is being performed under the state of Tennessee sustainable design guidelines. Broglio said there is much work ahead, as the late summer deadline approaches.

"The skybox is a three-story structure constructed with a structural steel frame. The exterior walls are metal stud framed and clad with a combination of brick veneer and insulated metal panels. The elevated slabs are five inches thick, and poured out of lightweight concrete over metal decking. The front of the skybox has tiered levels for seating and viewing of the football field on the second and third floor. The bottom floor contains the West Club hospitality area. The second floor is the suite level, and the third floor contains two suites for spectators and suites for the coaches and media.

"The toilet concessions buildings, as the name implies, contain the restrooms for the stadium and two concession areas. They are constructed with steel joist roof system bearing on CMU walls, which are clad with brick veneer to match the other buildings on campus."

Broglio said that the turf maintenance garage area is constructed in the basement of the northeast toilet concession building. The exterior walls of the turf maintenance building are cast in place concrete and approximately 23 ft. (7 m) tall. The structure has a break room and office space, as well as three bays of garages.

The east gate is a steel structure with metal stud exterior walls clad with brick veneer and architectural pre-cast concrete. The grand gate is 30 ft. (9.1 m) tall, and contains the ticket booths for the stadium. There is an 18-in. (45.7 cm) wide masonry arch that spectators will pass under as they enter the stadium from the east side.

A variety of equipment has been on site, including a Link-Belt crane, Cat excavators, skid steer loaders and articulated dump trucks. Some of the main materials being used for the stadium construction include concrete, steel, glass, pipe, brick veneer and insulated metal panels.

"The football stadium is being installed mainly in an old parking lot that was demolished to begin construction," said Broglio. "The miscellaneous scope package was the first construction package that was awarded, which included the demolition of existing structures, as well as new minor structures to replace those being demolished for the stadium and associated new work.

The work also required a new public sanitary sewer line, which had to be relocated in order to begin stadium construction, along with the relocation of a water line to allow for stadium construction and the relocation of the campus fiber optic lines that serviced the west side of campus and the below grade electrical lines that service the stadium and buildings.

Founded in 1911 as East Tennessee State Normal School, ETSU is a public university and part of the Tennessee Board of Regents system of colleges and universities. ETSU has off-campus centers in nearby Kingsport and Elizabethton. It is home to the "Bucs", and participates in as many as 17 sports.

School athletes compete in the Southern Conference, NCAA Division I. As part of its re-established program, ETSU has been playing football at Kermit Tipton Stadium in Johnson City. Understandably, team members are looking forward to suiting up in their own locker room this season.

"As good as the stadium looks from the road or from the practice field, once you get inside the construction site, you really appreciate and respect it a lot more," ETSU head football coach Carl Torbush remarked to reporters. "It's an exciting feeling for our players to know that's where they will be playing their football games next season. That first game will be another historical event. Just like playing at Bristol Motor Speedway or our first SoCon game in 13 years, it will be an exciting day for our program, university and community."

While the Blue and Gold won't take to the gridiron for many months, the administration is already counting the days until kickoff. For Rasnick, the highly anticipated showdown can't come a moment too soon.

"The completion of the new stadium and the first game will be a significant accomplishment for the campus, athletes, alums and community, as all have played a role in bringing football back to ETSU," Torbush said.—CEG