For 100 Years, One Constant Remains for Hoffman …Cranes 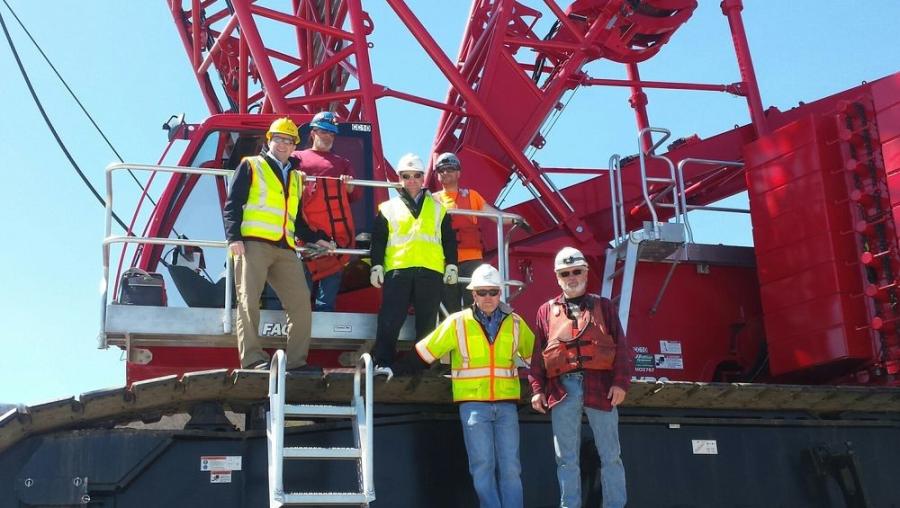 For four generations in the world of business, the name Hoffman has been about moving. Moving freight. Moving heavy and oversized equipment. Moving shipping containers. Moving dirt. The moving equipment has varied from small and large trucks to specialized rigging equipment to excavators. Through most of the company's 100 years, however, one particular mover has been constant — the crane.

"Cranes are a very significant part of our business and that won't be changing," he said.

The company represents three brands of cranes that are generally recognized as the best in the business. Manitowoc crawler cranes is a principal one, not only because of its place in crane history, but also as the flagship for the Manitowoc Company group of cranes that also includes National and Grove.

Manitowoc's company history is almost as long as Hoffman Equipment's. Its massive lattice boom crawler cranes are iconic machines. A model being launched this spring is a good example: The MLC150-1 has a capacity of 165 tons and a maximum boom length of 256 ft. and can also be fitted with an 80-ft.-long fixed jib. Such lumbering lifters dominate any job site they work.

National Crane and Grove are relative babies — both dating back only 75 years or so — but are the leaders in their respective fields. National's truck-mounted hydraulic cranes are the standard for the industry. Grove manufactures signature multi-axled telescopic boom mobile cranes — including all-terrain and rough-terrain and truck models.

Hoffman Equipment offers the full Manitowoc line at each of the company's seven locations in New York, New Jersey and Pennsylvania. The crane company's products have been a staple offering at Hoffman for years and will remain a dominant one in the new equipment lineup that now also features Volvo machinery.

Anderson said the general trend in the crane market is toward larger machines.

"RTs and boom trucks are trending bigger and higher capacity. It used to be that 35 or 50-ton rigs were the norm, now it's 80-tonners and up. They're putting bigger capacity onto small platforms. The footprint of a 80-ton crane is a not lot bigger than a 50-ton crane used to be," Anderson said.

The company has a fleet of rental cranes, mostly RTs and crawlers, but most of its sales are new inventory that are sold outright. Anderson said the company generally prefers not to compete directly with its loyal crane rental house customers. Hoffman's crane customers are in the business of lifting and moving materials and heavy objects. Hoffman is in the business of supplying them with the equipment to do so.

In the New York region over which he presides, Anderson has eight salespeople whose work is overseen by a crane specialist.

Construction equipment — in New York that means Case, JCB and now Volvo — is more generally marketed. Case has been the biggest seller because it has been in the Hoffman Equipment lineup since 2007, but Anderson foresees the Volvo line as a great complement his crane products.

Besides selling cranes, Hoffman Equipment trains operators how to safely operate them. Some 200 people complete a week-long training course each year at the center in Piscataway, N.J. Their reward is official recognition by the National Commission for the Certification of Crane Operators.

Older cranes are given new life by Hoffman, too, at a rebuild center in Piscataway. Crawler lattice cranes and some all-terrain models are painstakingly restored at the center, with some of the do-overs taking six months to complete. The machines are stripped to the frame and repainted, their systems rebuilt and engines retrofitted to meet emissions standards.

The expansive Hoffman Equipment crane story is an ongoing success. Anderson attributes it to a "big family" working environment, a good work ethic and salespeople he said he would "put up against any other dealer's salespeople any day of the week."

The rest of the story, he said, is about company President Tim Watters.

"He does a great job of looking for opportunities, has taken big chances and surrounds himself with good managers and staff."

The result of all this teamwork? Annual equipment sales volume — including cranes — in the 18 years Anderson has been at Hoffman has risen from $12 million in 2002 to nearly $100 million in 2019.