Efficiency of resources have been under way at Cardin since 2002, when the father and son team of Mike and Jarrod Cardin moved their business to its current location in South Pittsburg, Tenn. 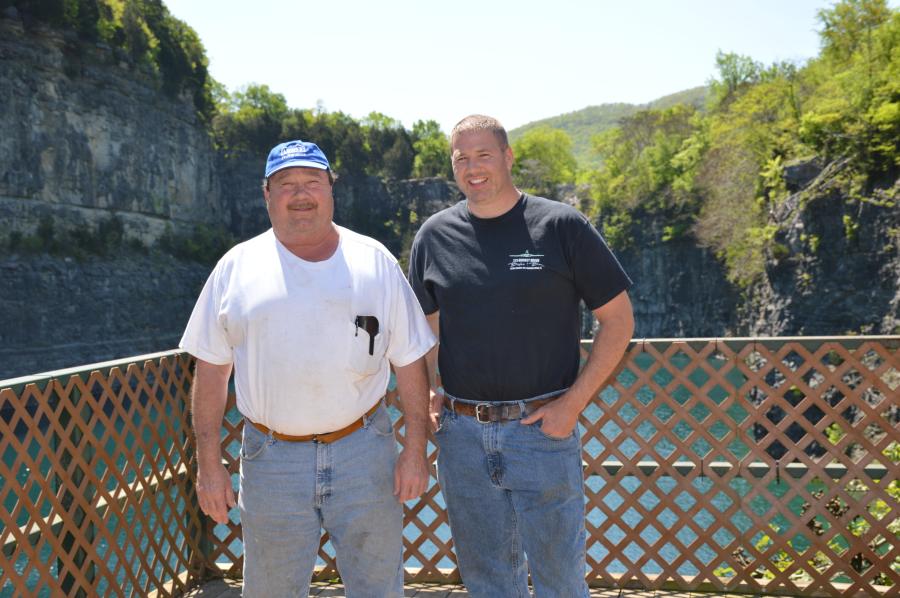 Rays of sunlight capture the sawdust that fills the air inside the mill at Cardin Forest Products — a busy place where even the sawdust ends up finding a purpose. An intricate system of carriers and conveyors leads each log through the process that transforms it into a perfect stack of planks, just like those towering 20 ft. (6 m) high in long rows outside the mill.

Log after log is loaded onto the conveyor system that has been specially honed to get the most out of each piece of timber that goes through it. Every eighth of an inch that is saved adds up, as 100,000 board ft. (30,480 m) of wood pass through the mill each day.

This efficiency and maximization of resources have been under way at Cardin since 2002, when the father and son team of Mike and Jarrod Cardin moved their business to its current location in South Pittsburg, Tenn.

Mike Cardin started his business in 1988, after several years of working with his father, who started working in the forestry industry in 1936 at a very young age. As Mike's father worked his way up in the industry, a friend said he'd sell him one of his sawmills.

“My dad said that he couldn't even afford to buy one of the saw blades, much less the entire sawmill!” Mike said.

Instead, the friend made a deal that involved earning $2 for every 1,000 board feet the elder Cardin cut, and a new business was born — one that would eventually evolve into Cardin Forest Products. Mike started working in his father's business in 1973 at the age of 20, overseeing the logging operation and delivering logs to the mill.

When Mike's father was ready to retire, he made a generous deal “on easy terms” with Mike, similar to what he had been given decades earlier. At that time, the business had one small mill producing about 15,000 board feet of lumber a day. Eventually, Jarrod joined his father's business and the two have been busy implementing an array of technologies that save wood and increase yield.

The process starts when a log goes through a newer model of debarker that cleanly strips the bark off, rather than digging in and shearing off wood and bark, as the earlier models did. Another crucial change they implemented was switching from the circular saw, which was 9/32-inch thick, to using band mills that make a thinner cut in the wood.

“You're taking out a quarter-inch every time you cut a board with the circular saw—every four cuts we were losing an inch,” Jarrod said. “We started using the band mills and now we're only losing an eighth of an inch on each log.”

Once the logs are cut into planks, they go through a machine that Jarrod says is “as close to a robot as we have.”

Planks run flat under a row of lasers that record the exact shape and measurements of each one, including any remaining bark. This optimizing edger then plots and cuts the exact amount of clean wood that can be obtained from each piece.

The bits of wood that don't get used as lumber — whether smaller scraps or the sawdust that falls through the grated floors — are utilized for other purposes. Chipped slabs and sawdust are sold to make paper, and sawdust is also used to feed the boiler that generates steam for the Cardin dry kilns. Bark removed by the debarker is sold as hardwood mulch.

“There's absolutely no waste whatsoever. Everything that goes through that mill is used,” Jarrod said.

As the debarker strips logs, the bark falls off a conveyor into huge mulch piles that are managed by a Cat 330DL excavator and Cat wheel loader outside of the sawmill, moving material to its appropriate destination.

The Cardins typically sell lower grades and mid-grades of lumber for hardwood flooring, and the upper grades are mostly used for furniture.

To accommodate the increase in production, Cardin Forest Products has been steadily expanding its site, blasting out part of a mountain to create a huge, level area for its lumber storage, as well as adding dry kilns and storage facilities. The company conducted the new construction themselves and are continuing to expand.

The company has been so busy with expansion and improvements that most of the logging is being done by contractors throughout Tennessee, Alabama and Georgia. The company mostly handles hardwood species including red oak, white oak, poplar, ash and hickory.

And when they really need logs and there aren't any available due to weather conditions, the Cardins fly them in via helicopter from tracts that are inaccessible by other means.

“Columbia Helicopters has been here seven or eight times in the last 12 years, usually when the ground around here is too wet,” Mike said, adding that it's a sight to see when the operator hooks all the logs up and attaches them to a line, and the logs snap together as the helicopter takes off.

“The company has been a long-time customer of Stowers Machinery Corporation,” Jarrod said.

Mike also pointed out that Stowers' drop box service, which delivers needed parts to their location, has been invaluable in reducing machine downtime.

Cardin's relationships with other companies — dealers and customers alike — helped them survive the tough recession in 2008, Jarrod said.

“We could move lumber when no one else could, and a lot of other mills around here closed,” he said, noting that the mill closures only increased business for Cardin Forest Products when the economy picked back up.

Since they added dry kilns to their process, Cardin Forest Products has found a niche in the export business, which requires kiln-dried lumber. Most of their export market is in China and other Asian countries, though they also sell to European countries, Australia, Mexico and Canada.