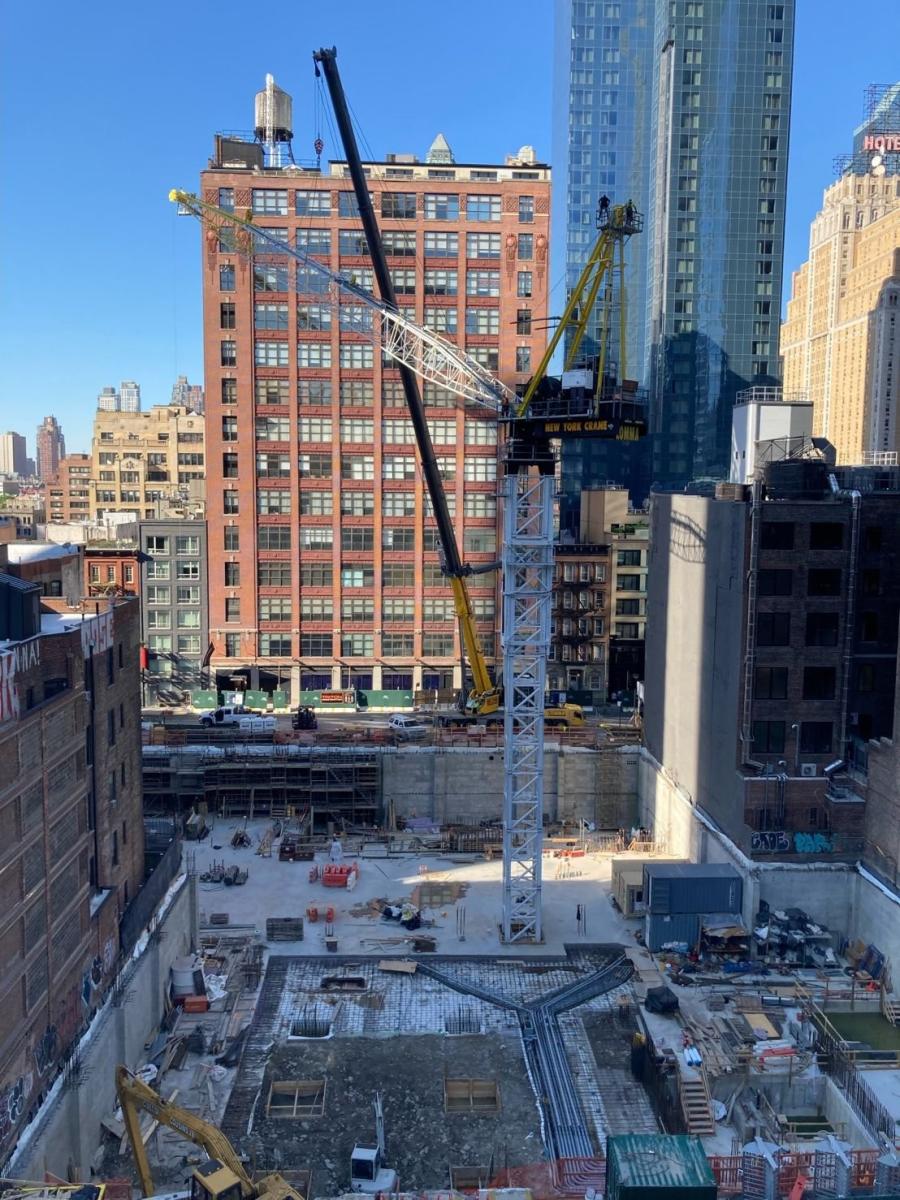 Manhattan-based Triton Construction is serving as the general contractor of the property, which is located between West 42nd and 43rd streets, and Eighth and Ninth avenues, directly north of the Port Authority Bus Terminal. (Photo courtesy of Triton Construction)

Construction on the foundation of a two-building residential development at 312 West 43rd St. in midtown Manhattan is nearing completion. The 373,133-sq.-ft. project will include a 33-story tower and seven-story extension with a shared podium, New York YIMBY reported June 7.

The architecture, real estate and construction news source in New York City noted that the complex will yield 321 apartments, each averaging 839 sq. ft., as well as another 25,202 sq. ft. of space devoted to retail on the lower floors.

Manhattan-based Triton Construction is serving as the general contractor of the property, which is located between West 42nd and 43rd streets, and Eighth and Ninth avenues, directly north of the Port Authority Bus Terminal.

The project was designed by Handel Architects and developed by Taconic Partners under the 311 West 42nd Street Associates LLC.

Project Should Be Finished in Two Years

Below-grade work has moved along steadily since YIMBY's last update in early April, when the concrete retaining walls were just being formed and excavation was still taking place.

Now the foundations are coming together, and the construction crane on site is being assembled in multiple sections, YIMBY reported. Based on the pace of progress, it is possible that vertical progress could begin later this summer.

The online news service noted that the excavation at 312 West 43rd St. also is nearly complete, and only a few sections of the reinforced concrete foundation walls and slab are still in progress.

The development's taller 33-story tower will stand along West 42nd Street facing the bus terminal and reach an architectural height of around 399 ft. tall. Inside the edifice will be 284,616-sq. ft. of newly constructed space.

A full rendering of the entire project has yet to be released, according to YIMBY, as the only available rendering shows the seven-story, 89,808-sq.-ft. annex along West 43rd Street. It details the façade, composed of brick masonry walls laid in between a staggered, irregular window grid.

YIMBY previously reported that the rooftop will accommodate an open-air deck with planters, seating and an unspecified recreational area. The buildings will be joined by a one-story podium.

A completion date for 312 West 43rd Street has yet to be announced, although YIMBY predicts the project to be finished sometime in 2024.