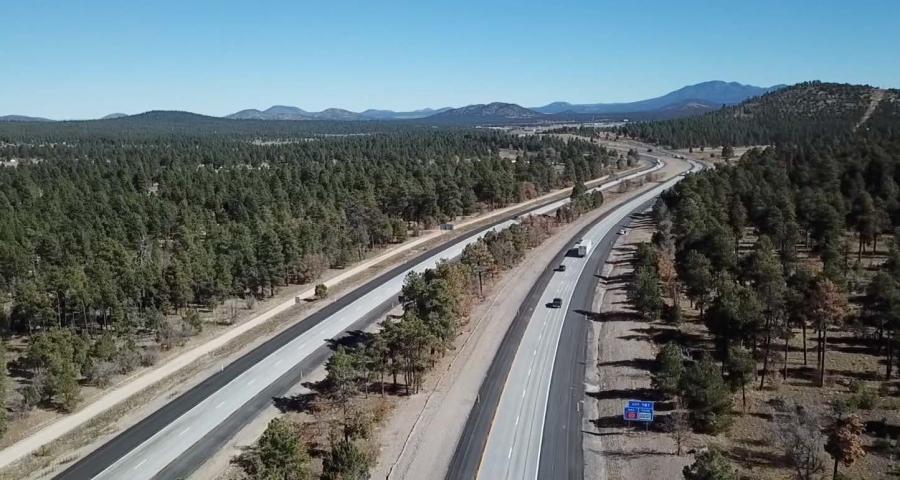 The I-40 Devil Dog award, one of nine given at the Arizona Conference on Roads & Streets in Tucson, was for projects worth more than $25 million.

To address pavement damage from many harsh winters, the Arizona Department of Transportation engaged a contractor to rebuild a total of 10 mi. of Interstate 40 west of Williams near Devil Dog Road. In addition to the complexity of removing and replacing 5 mi. of freeway in each direction, challenges included minimizing impacts on travelers and communities while finishing as soon as possible around a winter hiatus when the weather made work impossible.

ADOT and Fann Contracting Inc. navigated these challenges along with others that weren't anticipated, such as weather, fire restrictions and unsuitable and unstable soil conditions, to deliver the improvement on time while maintaining two-way traffic throughout. Contributing to this success was a defined process called partnering through which the agency, contractors and stakeholders including area governments and utilities agree to goals, a communication structure and a way to resolve issues that arise.

For its efforts on this $34 million improvement, which was completed last fall, the project team, including ADOT personnel and Fann Contracting, recently received an Arizona Transportation Partnering Excellence Award. The I-40 Devil Dog award, one of nine given at the Arizona Conference on Roads & Streets in Tucson, was for projects worth more than $25 million.

In 1991, before its partnering program began, ADOT faced 60 legal actions resolved through mediation, arbitration or litigation at a cost of $39.8 million. Today, almost no disagreements over projects give rise to legal actions involving stakeholders, and an ADOT legal team that once handled those actions no longer exists.