Among 92 quarries and other excavation sites licensed to take what state law calls “clean construction and demolition debris,” or CCDD, the agency notified 74 of violations. 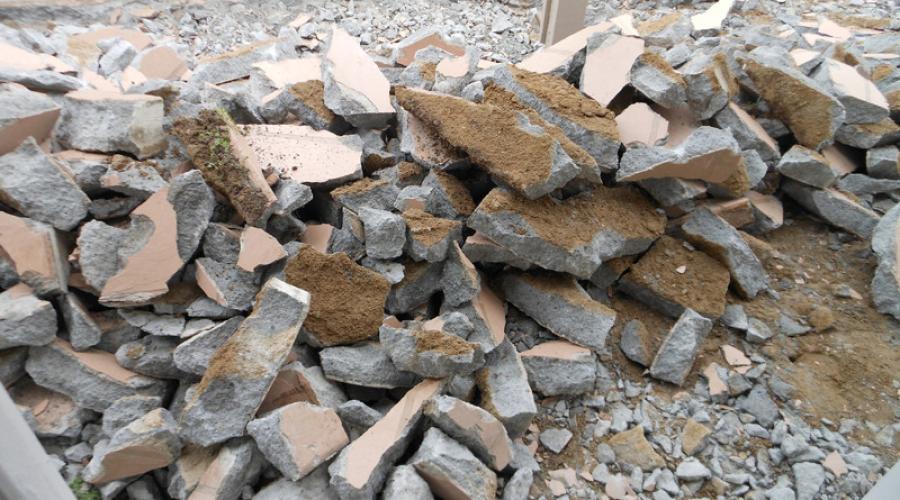 Illinois Environmental Protection Agency testing last spring produced levels exceeding allowable limits of arsenic, lead, mercury, atrazine and other heavy metals and pesticides as well as volatile organic compounds that can cause health hazards, according to violation notices disclosed to the AP under the Illinois Freedom of Information Act.

SPRINGFIELD, Ill. (AP) — Four in five Illinois quarries that backfill with concrete and other demolition waste show higher-than-acceptable levels of toxins, according to state sampling results obtained by The Associated Press.

Illinois Environmental Protection Agency testing last spring produced levels exceeding allowable limits of arsenic, lead, mercury, atrazine and other heavy metals and pesticides as well as volatile organic compounds that can cause health hazards, according to violation notices disclosed to the AP under the Illinois Freedom of Information Act.

Among 92 quarries and other excavation sites licensed to take what state law calls “clean construction and demolition debris,” or CCDD, the agency notified 74 of violations.

Environmentalists are seizing on the results, seeking to require groundwater monitoring around the sites, which are “reclaimed” by depositing demolition debris such as concrete, brick, asphalt and uncontaminated soil. Rock quarries often sit directly atop groundwater supplies. Advocates for tougher standards point out that toxic material that goes in will likely have direct contact with an aquifer.

“The protocols that were created to monitor the so-called clean construction debris in the quarries were completely inadequate,” McDermed said. “We never felt they were sufficient to protect people and their drinking water, and unfortunately, we were correct.”

Regulators are meeting with representatives of each of the impacted sites, IEPA spokeswoman Kim Biggs said. What happens, she said, “will vary site by site,” but could include more sampling, confirmation testing or soil removal.

Critics say the industry is self-regulated, with debris haulers and quarry owners deciding whether waste to be dumped is contaminated. Trade representatives counter licensed professionals test soil on the demolition site for contaminants, taking into consideration the land-use history. Then the load is inspected visually and with a chemical odor-detecting wand at the dump site. Suspicious loads may be rejected.

The idea behind the CCDDs is to divert “clean” debris from sanitary landfills — premium, more-costly space because of tougher environmental standards designed to discourage toxins from migrating to groundwater. Dumping the same load at a landfill costs at least five times more, not counting increased trucking expenses because there are far fewer landfills, said Dan Eichholz, executive director of the industry group, the Illinois Association of Aggregate Producers.

Prompted by discussion of McDermed's legislation, IEPA sampled deposits from the 92 sites in April and May, testing them for 190 heavy metals, pesticides, volatile and semi-volatile organic compounds. Samples most often showed levels exceeding what's allowable for aluminum, iron, selenium, chromium and manganese. Excessive levels of arsenic were found in six cases and mercury in three. In a handful of cases, one or more of seven semi-volatile organic compounds was too high, all but one a known or suspected carcinogen.

Eichholz maintains that Illinois has the nation's most stringent regulations for dumping demolition debris. He said that without follow-up testing to assess how likely a chemical is to seep through the soil to groundwater, the tests revealed only traces of naturally occurring metals.

“What they found were materials similar to what you would expect to find if you tested clean soil from back yards all around Illinois,” he said. “More important is what they did not find. They did not find constituents in concentrations that pose a risk to human health or the environment.”

Aluminum, chromium and iron registered as too high in the sample taken at Chicago Street CCDD in Will County, about 45 miles (72 kilometers) southwest of Chicago. The spent quarry now recycles concrete and asphalt for re-use in addition to backfilling with clean debris.

Manager Bud Boyer said he noted during a recent meeting with IEPA regulators that follow-up toxin assessments were not done. He said they agreed when he suggested thorough testing of samples from his site would show there's no threat.

In at least one case, existing requirements already proved cost-prohibitive. Aluminum, chromium, iron and selenium were excessive in samples taken from Buckhart Sand and Gravel in Mechanicsburg, 17 miles (27 kilometers) east of Springfield. Co-owner Barney Flatt said the site hasn't taken any backfill for about two years because haulers found the testing too expensive.

“It's not worth it at all,” Flatt said. “All we do now is take concrete and crush it for recycling.”