Originally founded as Holsey Brothers Sand & Gravel in 1951, Barry and Lee Holsey developed a solid reputation for consistently meeting specifications and fulfilling obligations on every job. 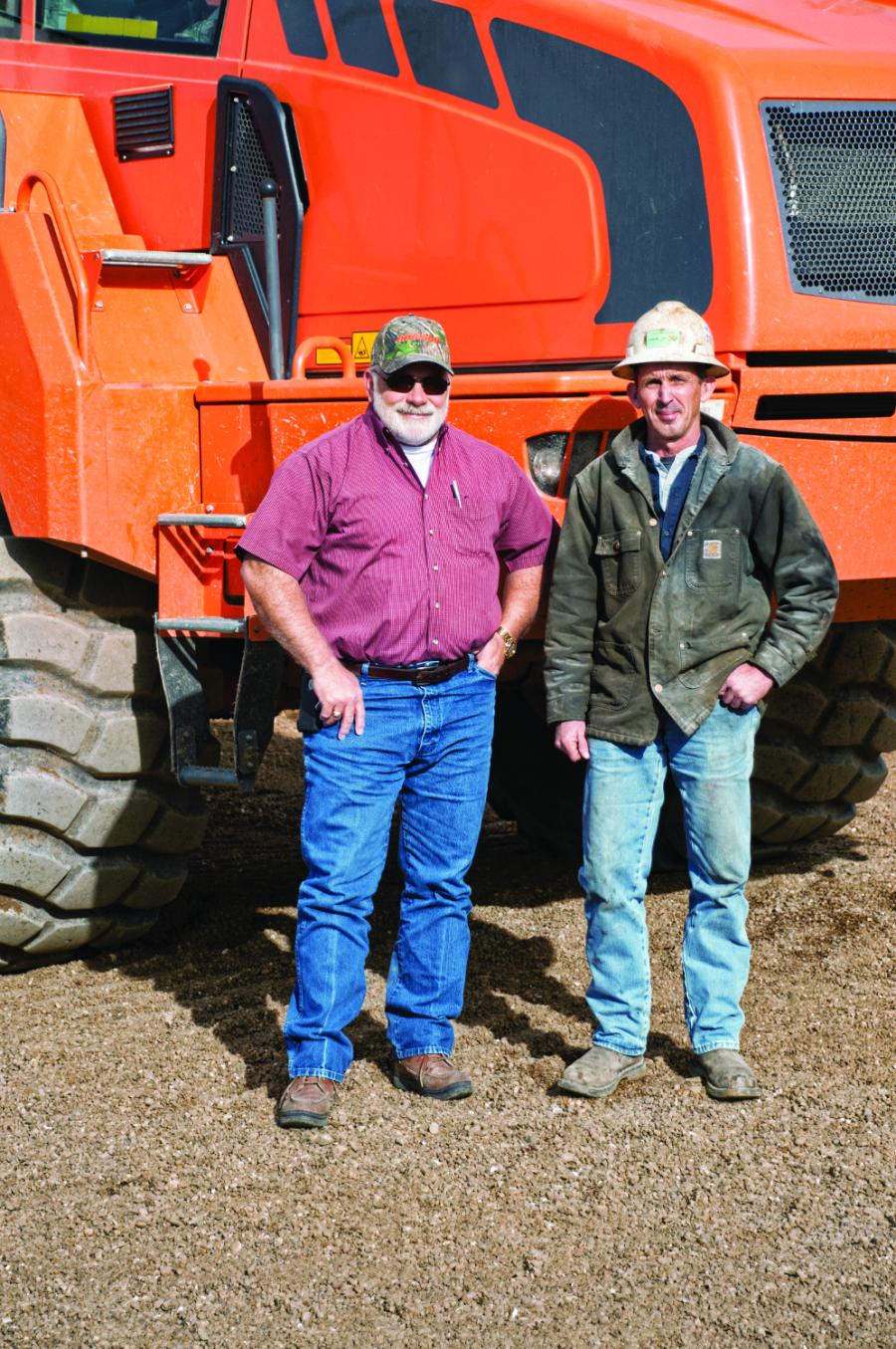 While the most abundant supply of U.S. oil rests below the vast Texas plains, there's another valuable underground commodity — the soil that supplies sand and gravel to a widely diverse group of customers.

In the eastern part of the Lone Star State, Crockett Sand and Gravel has a long history as a leading provider of high-quality sand and gravel products to concrete plants, construction projects and even homeowners who purchase a load of sand for landscaping projects.

According to a company official, four key ingredients have been critical to the organization's long-term accomplishments — including the use of Doosan equipment.

Originally founded as Holsey Brothers Sand & Gravel in 1951, Barry and Lee Holsey developed a solid reputation for consistently meeting specifications and fulfilling obligations on every job. Their quarry and production facilities on a 2,000-acre Trinity River site allowed the company to achieve preferred supplier status for some of the largest construction projects in Texas.

The brothers provided 1.8 million tons of state-approved material for the construction of the Dallas-Fort Worth International Airport. They were a supplier of choice for materials in the building of I-35 and I-45 interstate highways. When a major energy pipeline was constructed near Corrigan, Texas, the company delivered 117,000 cubic yards of select fill.

After the brothers went their separate ways, Crockett Sand and Gravel was established at a new site along the Trinity River. The company was up and running in late 1998 when Barry's son, Lee, opened a new plant. For the past 17 years, the river-bottom land has produced a variety of products, including pea gravel and sand for concrete plants and championship golf courses.

“Everything we take out of the ground gets made into something,” said Stuart Perry, gravel pit foreman and one of the firm's 13 onsite employees. “We strip and load articulated dump trucks with a dragline and transport the material two miles to our plants. Typically, we produce the same amount of product each day and stockpile it around our property.”

At times, the company has had as much as 80,000 tons on hand. Last May, however, the stockpiled total dropped to 2,000 tons because of a temporary spike in business. “The Trinity River flooded and most of the other gravel pits around here were shut down,” Perry said. “We have a levee around our location, as do the others, but ours was tall enough to hold the water back. That's the closest we've ever come to running out.”

Within the last year, plant capacity was increased to 3,500 tons per day. Sand is delivered every day to 13 concrete plants by the company's fleet of 23 trucks, each with acapacity of 27 tons. Before the plant expansion, Crockett Sand and Gravel sold 20,000 to 30,000 tons per month. Now the monthly average is around 50,000 tons, reaching as high as 70,000 tons at times.

“Today we are digging down about 25 feet,” Perry said. “With about 600 acres of sand and gravel remaining at this location, we should be able to meet the demands of our customers for years to come.”

Concrete plants, construction firms and others have come to rely on Crockett Sand and Gravel for on-time delivery of quality products.

Two current highway projects in the Lufkin, Texas, area are typical of what the company provides to its customers. Webber, the largest heavy-highway construction company in Texas, is building a pair of new interchanges along U.S. Highway 59. The multi-year project receives loads of concrete sand and stabilized sand from Crockett almost every day. For the largest of the jobs, at the intersection of U.S. Highways 59 and 287, the company has delivered 30,000 to 40,000 tons of concrete sand — an aggregate sand usually composed of gneiss, trap rock limestone or granite — and about 12,000 tons of stabilized material. Some of the sand goes directly to a portable concrete plant while other loads are used behind retaining walls.

From its first manual dragline to today's automated excavation equipment and methods, Crockett Sand and Gravel has regularly made investments to meet job specifications and deliver quality products.

To keep up with the business that operates nonstop from 6 a.m. to 5 p.m., equipment needs to be reliable, productive and operator-friendly. A Doosan DA40 articulated dump truck (ADT), and DL250-5 and DL450-3 wheel loaders fit the needs of the company perfectly.

The DA40 is one of five hauling units that transport sand and gravel from the quarry to the plant throughout the day.

“Everything on the Doosan model is a little better than what we are used to in our other four trucks,” Perry said. “The ride is smoother, the cab is more comfortable, visibility is better and fuel efficiency is superior. The DA40 saves a gallon of fuel an hour compared to the other trucks. Over an 11- or 12-hour day, that's significant.”

The DA40, with a rated payload of 88,000 pounds, has a flexible and agile free-swinging gear-driven tandem bogey and front-mounted turning ring that allows all six wheels to maintain maximum ground contact, enabling the truck to work productively in off-road situations.

While the ADT is hauling materials to the plant all day, the DL450-3 is in the quarry loading the trucks with a 6-cubic-yard bucket. The 354-net-horsepower wheel loader has the outstanding traction and lifting power necessary to efficiently keep production moving.

In comparing the DL450-3 with older Doosan wheel loaders, Perry said there are some important differences.

“The DL450-3 is a great machine,” he said. “It's a whole lot more user-friendly, much easier to work on and maintain, and has a cab where the ergonomics are vastly improved.” For Crockett Sand and Gravel, using top-of-the-line equipment allows the company to keep up with customer demand and make on-time deliveries every day.

(This story was republished with permission from DoMore Magazine, Spring 2016 issue.)