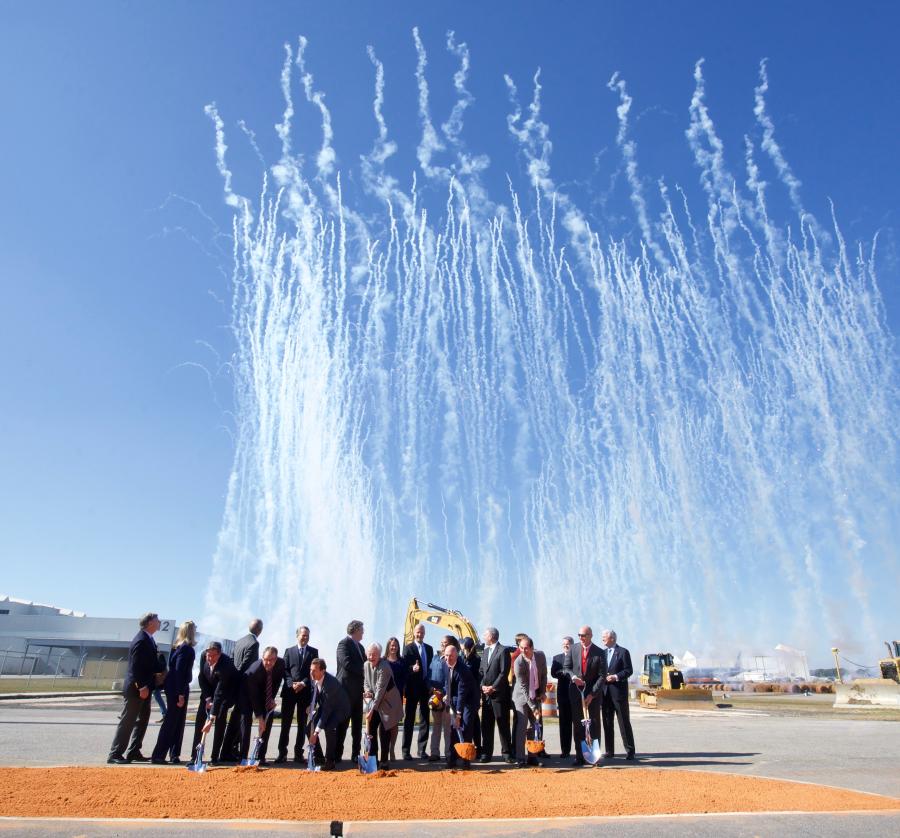 Birmingham Ala.-based HPM, which is overseeing the construction of a second assembly line at Airbus's manufacturing facility in Mobile, announced that four other Alabama firms will play major roles in the project.

The new assembly line will allow Airbus to accelerate production of a second aircraft in Alabama, the A220 passenger jet. Airbus said the expansion will increase its workforce in Mobile by more than 430 employees.

HPM, which acted as project manager for Airbus's $600 million first assembly line, will join with its partner Mott MacDonald to perform in the same role for the expansion. Airbus kicked off construction on the A220 assembly line in January.

The new assembly line will be located at the Mobile Aeroplex at Brookley, adjacent to the A320 family production line and will facilitate assembly of A220-100 and A220-300 aircraft for U.S. customers.

"Our intent is to implement and execute a fast-track delivery process to ensure the goals of this project are met," said HPM Vice President of Program Development Greg Ellis.

"We're confident these teams have the industry expertise and resources necessary to meet the goals of Airbus and the A220 project as a whole."

HPM said that Birmingham-based Brasfield & Gorrie, teamed with Huntsville-based design firm BRPH, has been selected for Package 1 of the project, which consists of design-build services for the building of the new A220 final assembly line and existing logistics center expansion. 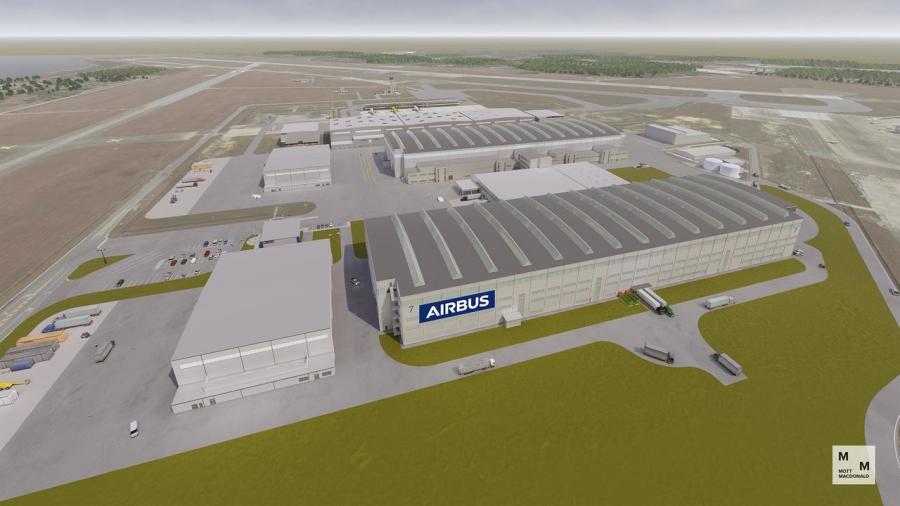 This rendering shows what the Airbus assembly plant in Mobile will look like when completed. (Alabama Governor's Office photo)

"Having built multiple projects at the Brookley Aeroplex, including the first Airbus Final Assembly Line, we are able to bring considerable experience to the construction of this important facility," he added.

The project is targeted for completion in mid-2020.

HPM also said that H.O. Weaver and Sons of Mobile will carry out preparations to make the building site ready for construction. This covers activities from site preparation, creation of access routes, and the installation of facilities like security fencing, ramps, and signage placement.

In addition, BL Harbert International of Birmingham has been selected for Package 3 of the project, which consists of design-build services for four additional hangar bays. BL Harbert is teaming with the design firm FSB.

"It is a privilege to play a part in the immense impact that Airbus is having on the local and state economy.

Airbus began manufacturing A320 family aircraft in Mobile in late 2015 and plans to expand production of the passenger jet in Alabama. To date, it has delivered more than 100 Alabama-built aircraft to customers.

HPM, which has offices in Alabama, Georgia, Texas, and Florida, is responsible for managing all aspects of the design and construction of the new A220 facility, as well as expansion of Airbus's current facilities to accommodate increased A320 family production on the site.

HPM was involved in the construction of the Airbus Engineering Center in Mobile more than a decade ago.