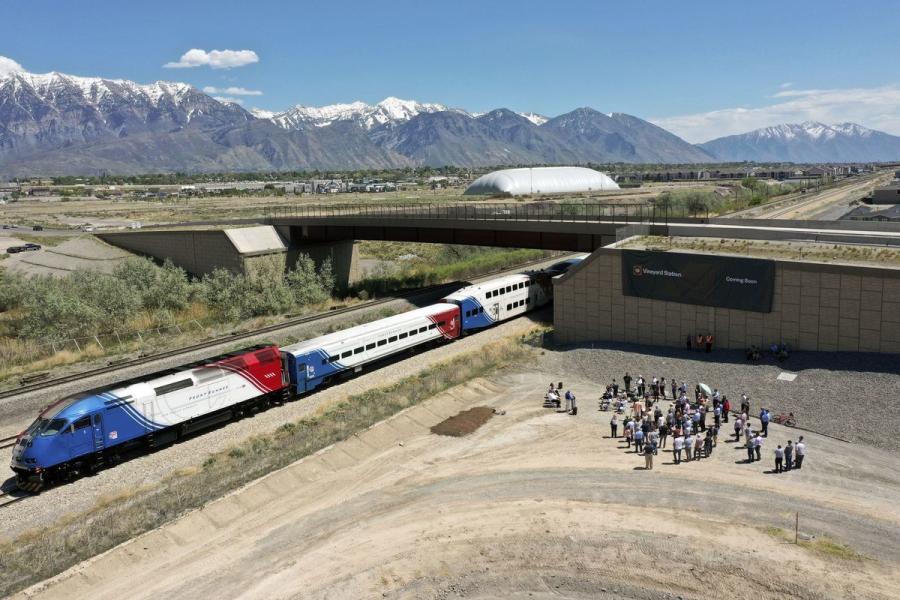 Utah Valley University has acquired more than 400 acres of land close to the station location. It is anticipated the FrontRunner will become a transit staple in the community and for students.

The Utah Transit Authority and Utah Division of Transportation recently commemorated the start of construction on the new FrontRunner Vineyard Station.

The groundbreaking for the station is the culmination of several years of transit and transportation planning for the city and area. Words like milestone, visionary, exciting and community were used to describe the event and the new station.

Mayor Julie Fullmer thanked several in attendance and those watching online for hours of planning and researching for the site.

Officials said this project includes work done on an additional 1.8 mi. of double tracking north of the future station.

Utah Valley University has acquired more than 400 acres of land close to the station location. It is anticipated the FrontRunner will become a transit staple in the community and for students.

Rep. Val Peterson (R-District 59) recognized the extreme growth that is coming to Vineyard and Utah County.

"Mayor Fullmer has been tireless on this project," Peterson said. "The legislature knows it's important to invest in infrastructure. It's imperative we have mass transit."

Jeff Acerson a member of the UTA board of trustees and mayor of Lindon also recognized the Utah Department of Transportation efforts on behalf of the project.

"This wouldn't be happening without UDOT," Acerson said. "The station in Vineyard is a monumental feat."

Currently UTA has 90 mi. of FrontRunner track. Acerson noted UTA needs more as it continues with its south county plans and takes FrontRunner all the way to Payson.

With a UVU satellite campus coming to Payson, Acerson said it was time to have transportation other than cars for those students.