Fuller & Sons Try Out HDD on Pipe Project in TX

They could submit a proposal to do the job by open-cut construction, a method with which they have extensive experience, or to bid the job as a mostly trenchless project, employing horizontal directional drilling to install the pipe.

It might have been easier for Fuller & Sons to choose the cut-and-cover option, since it had never installed water pipe with a directional drill. But company owners J. Mark and Mike Fuller understood the benefits of trenchless construction and saw that the Plainview job seemed well suited for directional drilling.

After thoroughly investigating relative costs and advantages of the two options for the Plainview project, Fuller & Sons submitted an approximately $4-million bid to install more than 200,000 linear ft. (6096 m) of restrained-joint PVC water pipe, with more than 90 percent of the work to be completed by directional drilling.

Fuller & Sons won the contract over the only other company to submit a trenchless bid, and the job is believed to be among the largest water construction projects ever done by horizontal directional drilling (HDD).

The company has been building water, sanitary and storm sewer systems since the mid-1980s, experience that provided a solid base for extending its capabilities into trenchless construction.

In addition to underground utility construction, the company is a leading heavy highway construction contractor in the area.

“We were reading the trade journals and talking to people who were active in directional drilling,” said J. Mark Fuller, company president. “We had not invested in directional equipment yet because we were waiting for the right project. It’s difficult for a water and sewer contractor to make the capital outlay necessary for a directional machine to do a small job. In Plainview, we were comfortable that if we decided we could do the work by directional drilling, the project was big enough to pay for the equipment.”

Old hands at estimating, the Fullers had to calculate what it would cost to use open-cut construction. Considering the residential areas where pipe was to be installed, it was clear that restoration costs would be a large part of a cut-and-cover project.

By contrast, the unknown factors with HDD were production capabilities and labor requirements. The Fullers had to accurately estimate how much pipe they could realistically expect to put in the ground each day and what it would cost to accomplish the necessary production.

The more they considered the options, it became increasingly clear to the Fullers that HDD was the best choice for Plainview, and they were confident their company could do the job.

“Gordon has been our company’s chief estimator since 1984 and was responsible for analyzing the project and putting together the successful bid package,” said Fuller.

“There was very little difference between our winning bid and the other contractor who bid the job directional,” Fuller continued. “We were just a little lower. But the open cut bids ranged from 1 to 1.5 million dollars more. Directional drilling is saving Plainview taxpayers a substantial sum of money and is improving their water system without the inconvenience inherent with excavation methods.”

Contract in hand, Fuller & Sons proceeded to buy the necessary HDD equipment. Selecting the right directional unit for the job was a critical factor in achieving necessary production.

“We wanted a machine with the power to pull in the larger sizes, but because most of the pipe was four-inch, we didn’t want to spend more money for a machine that was larger than necessary,” said Fuller. “And because of the locations where we would be working, it was important that the drill unit be compact.”

The Fullers researched equipment options and narrowed their choice to models made by two leading HDD manufacturers.

“Then we talked to six or seven contractors,” said Fuller. “We asked them what kind of equipment they ran and about their experiences with it.”

“Hiring Josh was an important part of the equation,” said Fuller. He is experienced, and he had used an earlier version of the HDD unit we purchased. With his knowledge, the learning curve for other crew members was very short, and we put together a drill crew that was productive that first week on the job.”

Construction began in April. The contract calls for work to be completed in 24 months.

“We could get all drilling done in substantially less time, but making tie-ins and connecting services takes additional time,” Fuller said.

The only other excavations needed for the project are for small holes at the entry point of the bore, receiving pits, and pits at tie-in locations. Distances from the new main to meters are too short to drill, so two compact excavators are being used to dig the 10 to 15-ft. (3 to 4.5 m) trenches necessary to make the tie-ins.

HDD installations generally ar being completed in one-block segments. New pipe is placed on both sides of a street and then connected to meters already in place.

The process involves digging a pilot hole, attaching a backreamer and pipe to the drill string, and pulling pipe into the ground. Pilot bores are launched from the surface, so the only excavation necessary usually is a small pilot hole where the bore is initiated, and a small pit at the exit point.

C-900 restrained-joint PVC pipe either is assembled in a string and pulled in, or, if space is limited and it is impractical to lay out lengths of pipe, 20-ft. (6m) sections of pipe are pulled in one at a time.

Soil in the area has heavy clay content, but contains little rock and is well-suited for drilling, said Franklin.

“We are installing pipe without pre-reaming,” he said. “For the first runs of both four-inch and eight-inch pipe, we did pre-ream, but we’ve found that it isn’t necessary, so we enlarge the pilot hole and pull in pipe in one step.”

An FM13 drilling fluid mixing system is used in conjunction with the drilling unit. An FX30 vacuum excavators keeps job locations free of drilling fluid that escapes from bore holes and also is used to dig “soft” excavations for potholes to visibly verify exact locations of existing utilities before drilling begins. Much of the route for new pipe closely parallels old 2-in. (5 cm) water mains.

HDD production is averaging more than 700 ft. (213 m) per day for 4-in. pipe, with other workers following up to make tie-ins and completing service connections, said Cornell.

The suitability of the restrained-joint of PVC pipe for installation by directional drilling is an important factor in making the project a success, said Cornell. Manufactured by the CertainTeed Corp., Valley Forge, PA, uses restrained joints to firmly lock pipe sections together so they do not pull apart during installation.

Fuller believes the project proves that HDD is a viable method for installing water mains, and that it also can be used for sewer projects as well.

“When soil conditions are right, a trained crew is operating the right equipment, and work is properly planned and executed, a project can be completed by directional drilling at a lower cost than with open cut,” said Fuller. “We are going to see more more cities going to the technology.”

However, HDD requirements for public works projects are much different than those for other markets.

“There is much more to it than simply putting pipe in the ground as fast as possible,” Fuller said. “The water and sewer construction business is highly competitive, as the closeness of the trenchless bids on the Plainview project proves, and contractors have to be efficient throughout every aspect of construction in order to turn a profit.”

The project is replacing most of the water mains serving residential areas in the west Texas city of Plainview and construction ultimately will reach most every section of the city of 23,000. Old 2-in. (5 cm) cast-iron mains are nearly plugged from corrosion and almost all of them must be replaced.

“The original plan for the improvement project was for most pipe to be installed by open-cut construction and to jack and bore pipe under driveways,” said Plainview City Engineer Sean Lanier. “But after looking at the project, and considering the extensive surface restoration that would be necessary, the contractor who later was awarded the contract, suggested that the city prepare a bid package that included the option to do the work by HDD.”

Lanier said city officials are pleased with HDD and the progress made during the first months of construction.

“The only problems we have encountered are making tie-ins to our existing system, and that is because it is so old,” said Lanier. “The directional drilling part of the work is going very smoothly, and has greatly reduced the impact of construction for the residents of Plainview. For the city, it has cut the amount of pavement replacement that would have been necessary if we were excavating to install the pipe.” 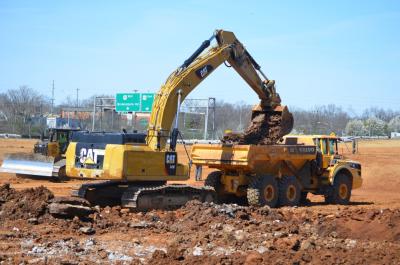 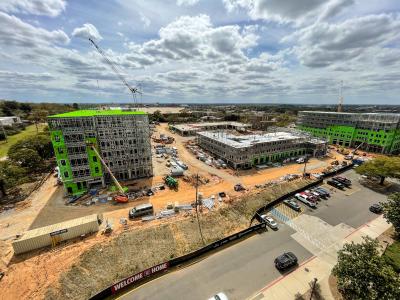 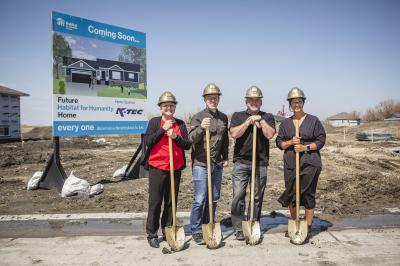 K-Tec Turns a Scraper into a Home 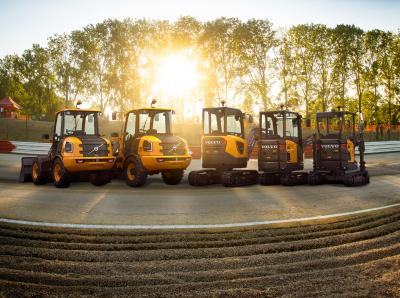 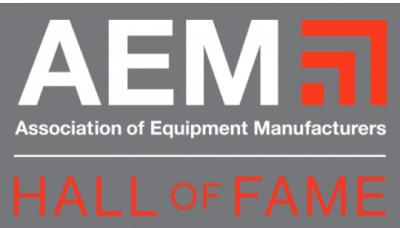 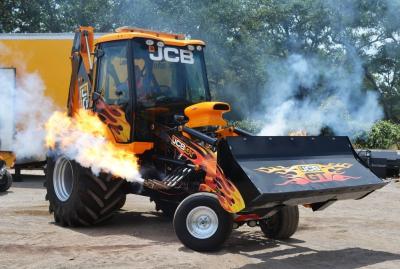 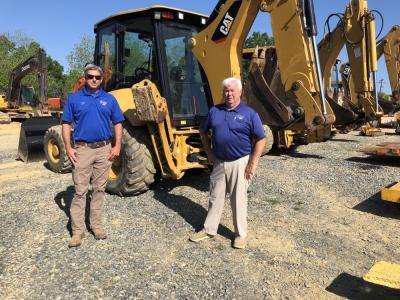