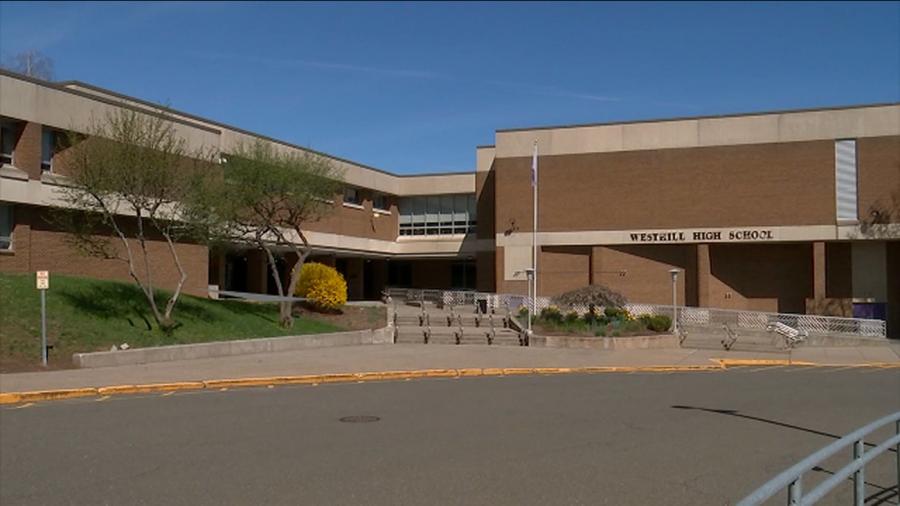 The current 50-year-old Westhill High building has had a variety of problems, including water damage from leaky roofs, windows, doorways and the exterior.

Funding for the construction of a new Westhill High School and a building to house an expanded pre-kindergarten program in Stamford, Conn., made it through another step Jan. 25 after a state subcommittee voted to approve them.

The Stamford Advocate reported that members of the Connecticut General Assembly's Education Committee unanimously approved the priority list of projects that were seeking financial reimbursement through the state.

Both Stamford projects would be repaid 20 percent of the overall cost of the work, but Stamford officials have said that will not be enough, particularly for the Westhill project.

Of the two Stamford projects, the biggest is the reconstruction of the high school, a project estimated to cost $258 million, according to the state's Department of Administrative Services.

The current 50-year-old Westhill High building has had a variety of problems, including water damage from leaky roofs, windows, doorways and the exterior.

The plan is to build a new school on the same site before demolishing the existing building.

The state has agreed to finance $52 million, according to a letter released in December by the Connecticut State Department of Education (CSDE).

The Advocate noted on Jan. 26 that Stamford school officials have discussed using special legislation to get more state funding for Westhill High, but it is unclear if that will happen.

State Sen. Doug McCrory, the co-chairperson of the education committee, gave an early endorsement of supplying more funding for Westhill on Jan. 25, and described Pathway to Career as a "great idea" and a "great program."

But he said Stamford is not the only municipality seeking more money.

"Everybody and their mother want a reimbursement rate increased," he told the Advocate.

McCrory met with Lucero and state Sen. Patricia Billie Miller, who represents Stamford and Darien, on Jan. 24 to discuss the Westhill project and to talk about ways to find more state money to pay for it.

"No promises were made," McCrory said, but he told education committee members that supporting a regional program like Pathway to Career could incentivize other cities and towns to create regional programs in the future.

The other Stamford project on the priority list is a new pre-school Early Childhood Center slated to be built at 83 Lockwood Ave. That project, which is estimated to cost $52 million, would receive roughly $10 million in state funding. The center would expand pre-school services by hosting about 600 students from birth to 5 years.

Beside Westhill, the district also had identified four other schools — Cloonan Middle, Hart Elementary, Roxbury Elementary and Toquam Magnet Elementary — as buildings that need to be torn down and replaced.

State funding for construction projects is based on a formula tied to a municipality's wealth. In essence, the poorest municipalities in Connecticut get the highest reimbursement rates while wealthier communities receive a smaller percentage.

While the state has agreed to place both the Westhill and Lockwood projects on its priority list, the funding will, in the end, need to be approved by the full Connecticut General Assembly during the upcoming legislative session.

Stamford officials have repeatedly said they hope Westhill gets the same type of funding secured recently by Norwalk for a new high school there. That district was able to secure an 80 percent reimbursement rate, well above the city's normal rate of 23 percent for new construction.

In an earlier Advocate article, Konstantinos "Kosta" Diamantis, the former director of the Office of School Construction Grants and Review, explained that Norwalk got that amount after filing for special legislation emphasizing its regional program.

At the time, Diamantis noted that the state encourages regional programming, which explains why such projects — like the one in Norwalk — get more money.