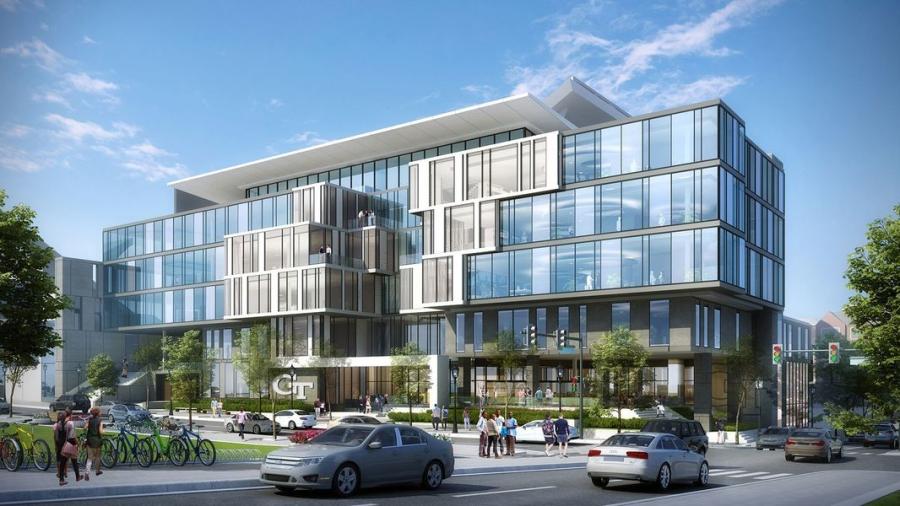 Launched in January 2018 with a vision to raise competitiveness across the athletic department, Georgia Tech's $125 million capital campaign was completed with more than $175 million raised.

In total, Tech donors exceeded the goal by a hair more than 40 percent according to an announcement made by the university on March 4.

The centerpiece of athletic director Todd Stansbury's fundraising campaign, dubbed "Athletics Initiative 2020", is a renovation of the Edge Center, which has housed the main offices for the athletics department since 1982. It has remained functional in recent years but is showing its age.

The project had a $70 million price tag, but nearly $85 million has been raised for the new building, envisioned as a six-story space that will sit on the footprint of the Edge Center at the northeast corner of Bobby Dodd Stadium in Atlanta.

The building project is nearing the end of the design phase. Construction, which can commence once the design is complete, is expected to take between 12 to 18 months.

It has been Stansbury's belief that the building, planned to be filled with natural light and offering a view of the stadium, can be a front porch and a branding element for the athletic department.

Moreover, the building will house services for athletes, including academic, wellness and performance support, as well as programming to prepare them for professional careers.

"We had to do some things so we could recruit and build a better student-athlete, which ultimately leads to wins," Stansbury said on a recent recording of his podcast.

The AI2020 project was three-pronged, with the development office seeking gifts for facilities, endowments and current operations. Facilities (with a goal of $88 million) and endowments (at $25 million) comprised the bulk of the campaign, and those two buckets have been filled with a little more than $140 million in gifts and commitments. Likewise, the original $12 million goal for operations was far exceeded, at $37.4 million, as Tech has faced severe budget issues because of the revenue shortage caused by COVID-19.

Fortunately for the university, most of the financial commitments and legwork for fundraising had been completed by the time COVID-19 made face-to-face meetings unfeasible. Stansbury credited the Alexander-Tharpe Fund, Tech's development office for athletics, for laying the foundation for the project's success well before the pandemic.

"We were very, very fortunate that our donors came through and put us in this position, where we were able to provide facilities for student-athletes and coaches," Stansbury said on his podcast.

The next facility project set to be addressed is a $2 million team suite for the track and field/cross country teams.