According to Ron Taylor, Maine DOT senior engineer and overseer of Cianbro Corporation, blamed the complexity of replacing the 1940s-era bridge for the delay. 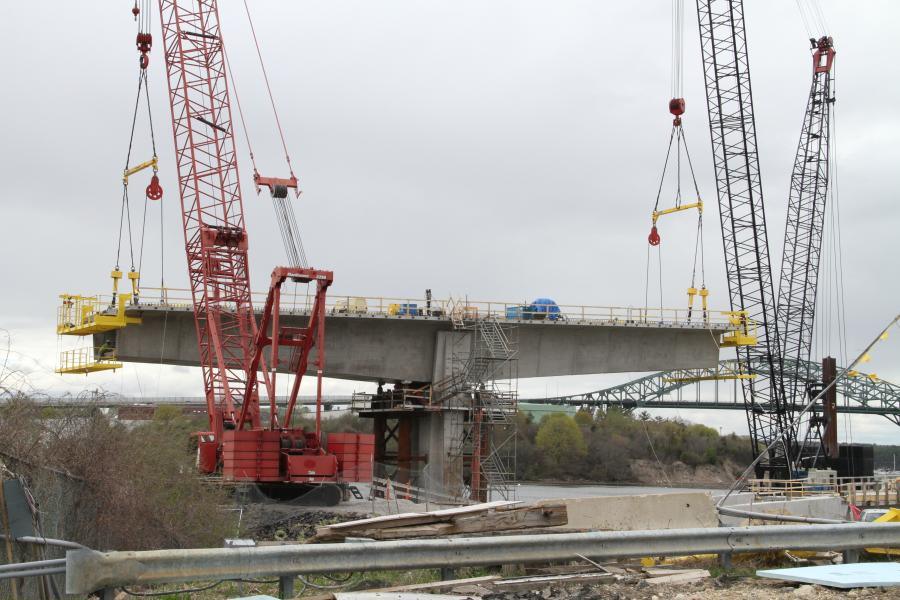 Despite the delays, much has been completed on the project, which began in 2015, Taylor said.

Delays have pushed the opening date of the new $170 million Sarah Milford Long Bridge in Portsmouth, ME, to sometime in early November. The bridge was originally supposed to open on Sept. 1, before a previous delay pushed that date back to mid-October, construction administrators said.

According to Ron Taylor, Maine DOT senior engineer and overseer of Cianbro Corporation, blamed the complexity of replacing the 1940s-era bridge for the delay, Seacoast Online reported.

“There's no one thing you can point at and say, 'This is what is delaying us,'” Taylor said. “Some things haven't gone as well as we would've hoped during the construction process. This is a complicated project, and we're constantly evaluating the schedule, and the open date could change in either direction, but our latest schedule is to have the bridge open in early November.”

Taylor went on to say that the next step in the project is to install the main bridge lift, which is being put together now, between Sept. 20 and 29. He said the Coast Guard has given tentative approval to shut down the harbor on the Piscataqua River so the 4-million—pound lift can be floated to the site Sept. 21, Seacoast Online reported.

Despite the delays, much has been completed on the project, which began in 2015, Taylor said:

• Last month, crews finished the railroad bridge on the Kittery and Portsmouth sides of the Route 1 Bypass.

• The week of Aug. 14, crews completed four road segments on the Portsmouth side, and are starting work on the roads on the Kittery side.

• Crews have erected all necessary segments for each of the bridge's four towers.

• The Portsmouth side's sheave walls, which will hold up the lift mechanisms, have been installed.

According to Taylor, Cianbro will be penalized with fines for any delays that occur, Seacoast Online reported.

“There are penalties for the contractor for every day the bridge is not open to traffic from the original September target date,” Taylor said. “However, the project isn't complete until June 2018 when we finish all the landscaping and cleanup.”