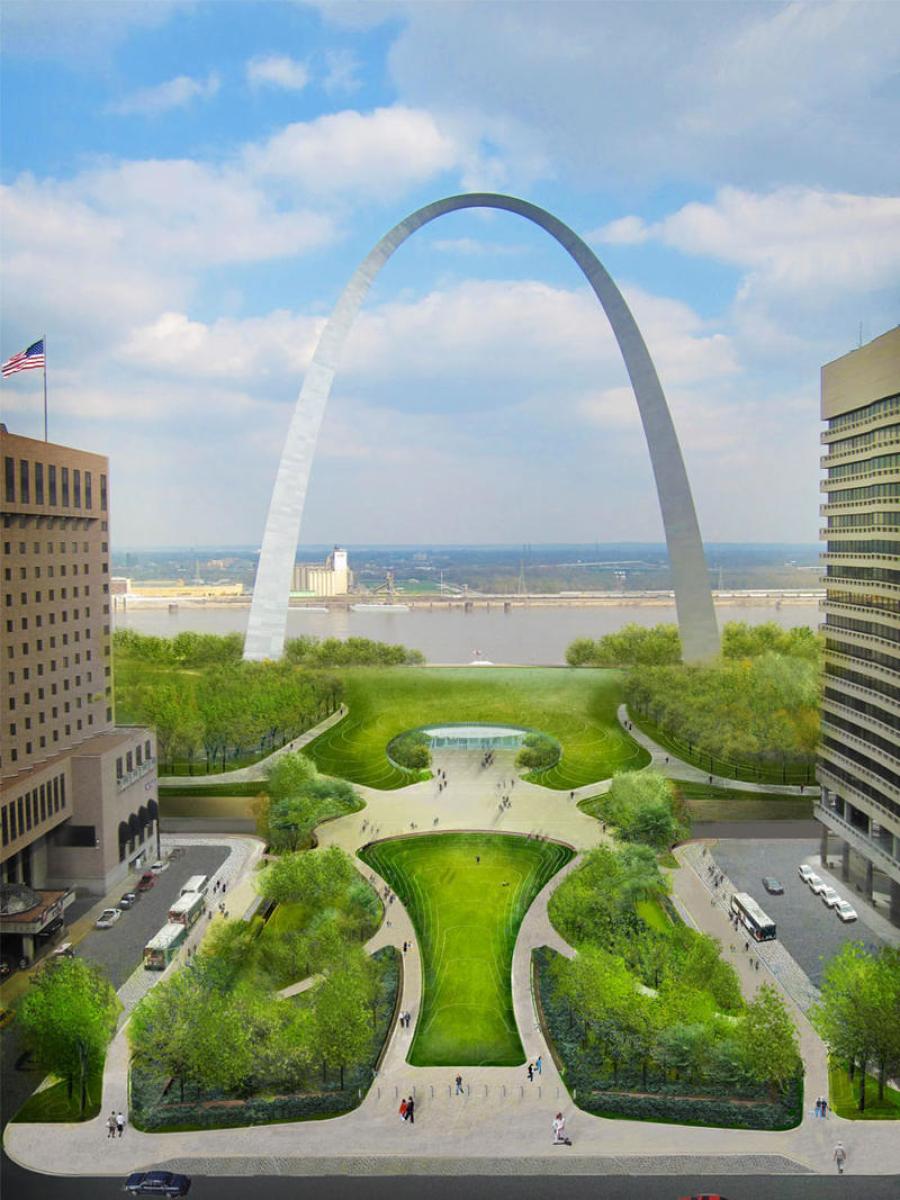 The National Park Service is getting $2.8 million to cover unforeseen construction costs in the renovation of the Gateway Arch grounds.

The money will go toward finishing the new underground visitor center, construction of which unearthed old building foundations and rubble. Funding was approved unanimously Tuesday by the Great Rivers Greenway Board of Commissioners without discussion.

The $380 million Arch renovation is managed by a collection of governments and agencies under the umbrella of the nonprofit CityArchRiver. The money from Great Rivers Greenway comes from an unused portion of an $85 million bond issue approved three years ago for the Arch project, Executive Director Susan Trautman said.

“The total project cost is coming in under budget, so we have excess capacity in those bonds,” Trautman said.

The transfer to the National Parks Service leaves about $800,000 in unrestricted bond money that Great Rivers Greenway could contribute to the project. The public agency has set aside an additional $200,000 for landscaping, Trautman said.

Trautman said creditors expect word by April on how that money will be spent, or it could revert to those financially backing the bond.

Officials did not say when the construction problems were discovered or whether it caused delays. CityArchRiver spokesman Ryan McClure said project leaders still expected the work to be finished by the end of the year.

“They're refining the schedule and we expect to get some more specific information about timing in the next month or so,” McClure said.

The superintendent of the Jefferson National Expansion Memorial did not return a request for comment.

The renovated north grounds of the park near Laclede's Landing opened in November, and Kiener Plaza, west of the Old Courthouse, is expected to reopen in May. Tram rides to the top of the Arch are expected to resume at the end of this month.

Officials had originally hoped the project would be completed by the end of 2015.

The $85 million from Great Rivers Greenway comes largely from tax revenue generated by Proposition P, which was approved by voters in St. Louis and St. Louis County in 2013. An additional $69 million for the Arch project comes from other federal, state and local public funding sources such as grants, while $250 million comes from private donations.