Geneva Construction Company, a heavy highway contractor in Aurora, Ill., specializes in asphalt paving and concrete. In business since 1926, many of its projects are for the Illinois Department of Transportation, the Illinois Tollway and a variety of municipal jobs. 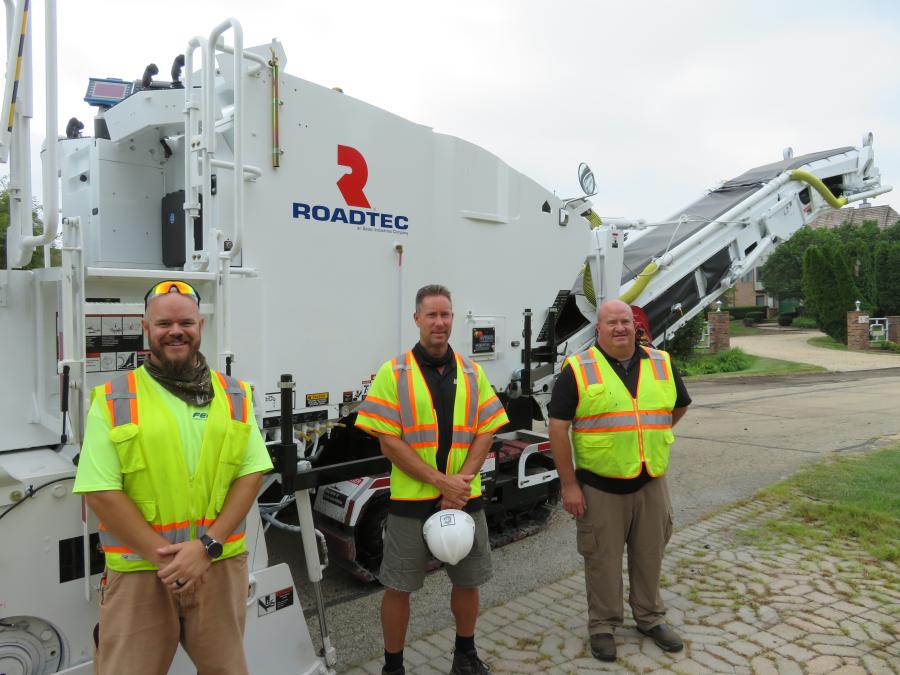 When Geneva was looking for a new milling machine to add to its fleet, it was an opportunity to try a variety of makes and models. The company contacted Finkbiner Equipment Company, which has locations in Burr Ridge and East Peoria, Ill.

"We've been doing a lot of municipal work lately and not as much Tollway work," said Phillip. "We found the RX-700e-4 to be more beneficial for that work. We've tried out several other grinders, but my guys are comfortable with this."

Roadtec's RX-700e offers high production with an 800 hp Tier IV Final engine. It is available in a three- or four-track version with optimum balance between horsepower, production and maneuverability, according to the company.

"It's a very well-balanced, simple machine," said Dan Buck, sales representative of Finkbiner Equipment. "Easy to operate as far as configuration, but it also has technological advances, including live Telematics [Guardian] to monitor, troubleshoot, and adjust settings real time. The totalizer option allows for production monitoring on and offboard the machine."

Roadtec's Automated Control of Elevation (ACE) and Auto Cut system equips the planer with a combination of grade and slope sensors to automate maintaining grade & slope as well as re-entering cuts when starting or hopping obstructions. The operator & ground person can view grade & slope setting on both side of operators platform and ground level each side of machine. 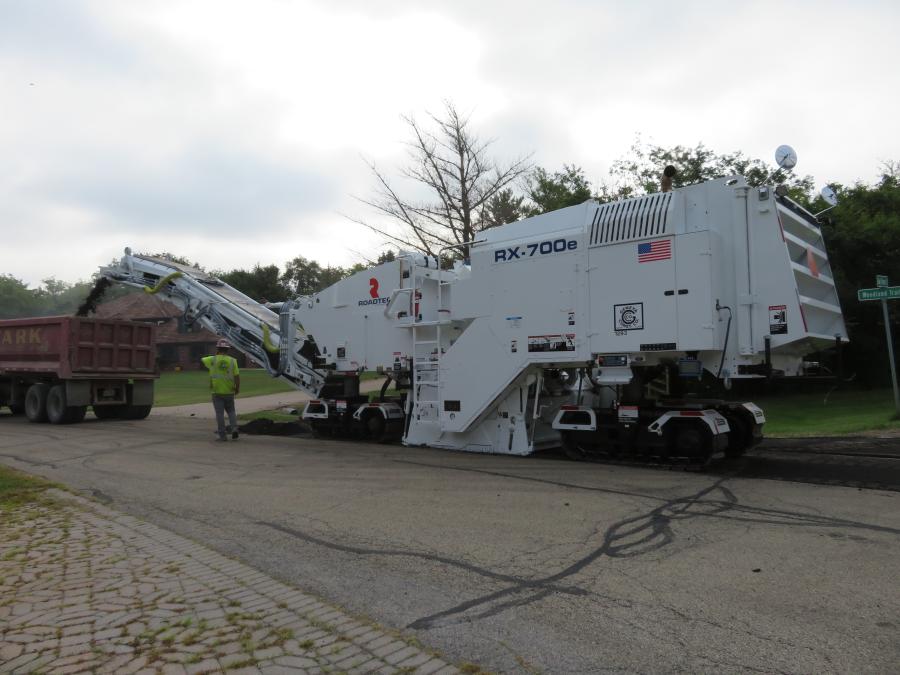 "It also has excellent power and capability going into the cut and coming out," said Buck.

Operator comfort also is important. Full-function operator stations are on both left and right, allowing for improved comfort and productivity, according to the company. A shock-absorbing operator platform provides a smooth ride.

The RX-700 has an optional 24V LED night light package and a secondary conveyor camera to provide enhanced visibility and safety. A manual or hydraulic operator station canopy also is available.

Recently, the crew of Geneva was on the job with the Roadtec RX-700e-4, milling up old asphalt in a residential neighborhood in Wayne, Ill. Robbie Hall of Geneva Construction is the operator of the new machine.

Northern Illinois' construction season is limited to about eight months a year, so production is a priority.

"Our guys seem to always come back to the Roadtec," said Phillip. "Production is a main priority with our shortened seasons and Roadtec has given us that production."

Finkbiner Equipment provides service and support for the equipment it sells.

"Dealer support has been outstanding with Finkbiner," said Phillip. "We've dealt directly with Finkbiner and the service has been excellent." Finkbiner also offers off-season inspection and rebuilding for Roadtec Mills, Material transfer vehicles and pavers.

Finkbiner sells and leases an extensive line of equipment for earthmoving; compaction, paving and milling; crushing and screening; and material handling.

Its product lines include Liebherr, Roadtec, Sakai, KPI-JCI Astec Mobile Screens, Gradall, GOMACO, LaBounty, Midland, Minnich and Superior Broom. Finkbiner also has a full line of mills for rent and sale (20-in., 36-in., 48-in., 86-in. and 150-in.).

Geneva Construction Company was founded in 1926 by the McCarthy Improvement Co. of Davenport, Iowa. In 1935, the company relocated to Aurora, Ill., and moved to its current site in Aurora in 1967.