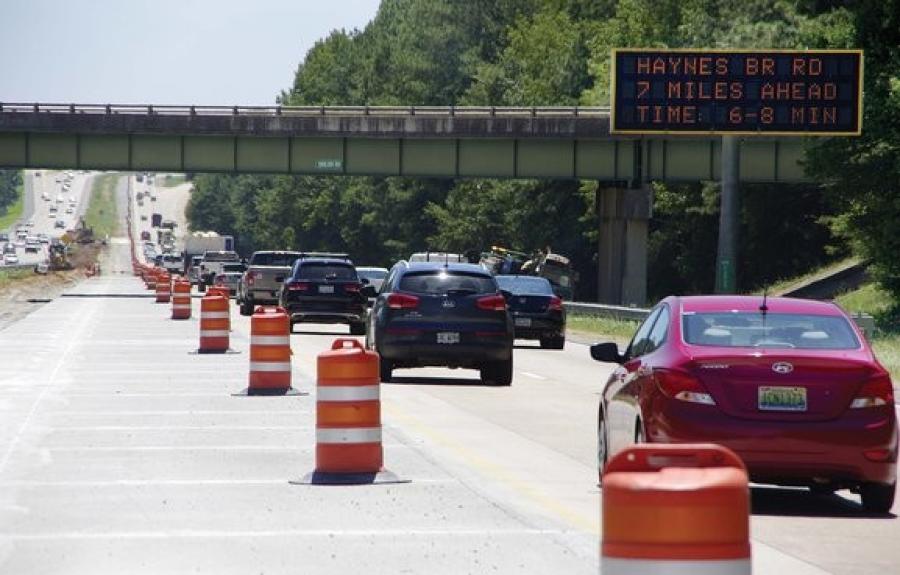 An effort to add toll lanes to Georgia Highway 400 in the Atlanta metro area hit a major roadblock Aug. 19 when the State Transportation Board rejected the only qualifying bid on the project.

The 14-member board is governed by the Georgia Department of Transportation (GDOT).

Board members agreed with the findings of an internal committee overseeing the bidding process that the bid submitted by the roadbuilding consortium MW 400 Partners was far more than the $1.7 billion GDOT had budgeted for the project.

"This is a very upsetting point in the cycle," said Kevin Abel, chair of the board's P3 (Public-Private Partnership) Committee in speaking with Capital Beat. "[But] the project is not over – it is just going to be delayed."

The Georgia 400 project is part GDOT's plans to relieve traffic congestion by adding a series of toll lanes across metro Atlanta. Toll lanes are already in place along Interstate 75 in Cobb and Cherokee counties, I-75 south of Atlanta, and on I-85 in DeKalb and Gwinnett counties.

The plan for Georgia 400 calls for adding toll lanes to 16 mi. of the north-south highway from the North Springs MARTA station in Fulton County north to McFarland Parkway in Forsyth County. Construction was scheduled to begin late next year and be completed in 2027, Capital Beat reported.

The transportation board decided to put the job out to bid as a P3 project, meaning the contractor would not only design, build and maintain the lanes but would also finance the construction. The building consortium would recover its investment by collecting the toll revenue through a 35-year agreement with GDOT.

Meg Pirkle, the transportation department's chief engineer, told board members that GDOT conducted a "robust evaluation process" only to find just one bid fit the criteria the agency had established for a successful bid. However, the bid was far higher than what GDOT had anticipated, she said.

The amount of the bid could not be revealed, Pirkle added, because MW 400 Partners declared it a trade secret.

She said one factor in the higher-than-expected bid was that it came in May, when the price of construction materials was especially high due to supply-chain disruptions caused by the pandemic.

At a meeting shortly before the Board's announcement, the Georgia P3 Committee recommended rejecting the bid and starting over with the procurement process.

"We're committed to seeing the project delivered," Pirkle told Capital Beat. "But GDOT [also] is committed to being good stewards of taxpayer dollars."

She said it is uncertain how long the restart of the procurement process will delay the GA 400 project.

The recent decision by the State Transportation Board also could delay other Georgia road projects, notably plans to add toll lanes along the top end of I-285 in metro Atlanta.