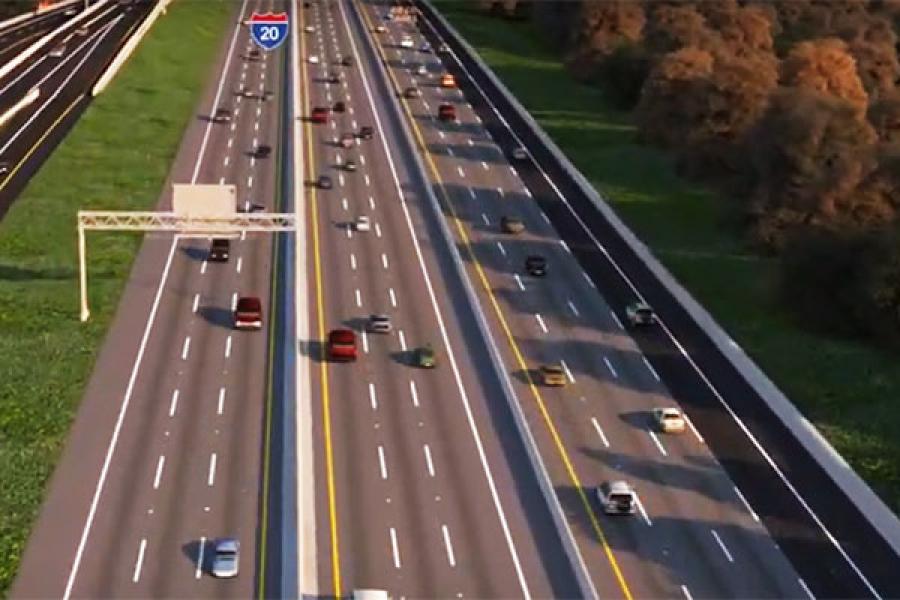 Georgia added fuel to a massive road-building binge in metro Atlanta on April 21 when it chose a contractor to rebuild the Interstate 285 interchange at Interstate 20 east of the city, one of the state's first Major Mobility Investment Program (MMIP) projects when it was first envisioned four years ago.

In addition, the team includes Infrastructure Consulting & Engineering (ICE) as the lead designer. That firm is headquartered in West Columbia, S.C.

The Atlanta Journal-Constitution reported that the Georgia Department of Transportation (GDOT) received three proposals to do the work before selecting East Interchange Builders.

GDOT used a best-value procurement method for the design-build-finance project which evaluates both price and technical proposals. Chief Engineer Meg Pirkle said the joint venture was chosen because it scored highest on each of those proposals, the newspaper noted.

To alleviate that, GDOT said the massive rebuild will improve traffic flow and safety by constructing new ramps in the interchange, building new collector-distributor lanes, adding auxiliary lanes, and constructing new bridges. The state agency added that East Interchange Builders' work will smooth the flow of traffic through the interchange and decrease travel times.

Experienced Builders Tabbed for the Job

The joint venture's executive summary of its proposal indicated that the collective team has delivered over $1 billion in GDOT projects employing more than 2,000 local construction personnel and engineers. It also has provided more than $2 billion in private financing on ­public projects across the country.

"Every team gave an incredible effort throughout the lengthy and rigorous procurement process. We are proud of the outcome and of the bidding community who provided exceptional value to the department and in advancing this critical project forward," said GDOT's P3 Division Director Joe Carpenter.

In his comments on GDOT's contractor choice, Program Manager Matthew Fowler explained, "This is an important milestone for the department to reach. Selecting a team who will design, build and finance this crucial project will enhance metro Atlanta mobility for our motorists and transit users."

The I-285/I-20 East interchange project has been in development since 2018, GDOT noted, beginning soon after the MMIP was created. Robust stakeholder and public engagement have taken place including accepting official public comment on the project in 2019 and 2020.