In May, Georgia Power stated that the project was 44 percent complete, and recently announced a new completion date of 2023. 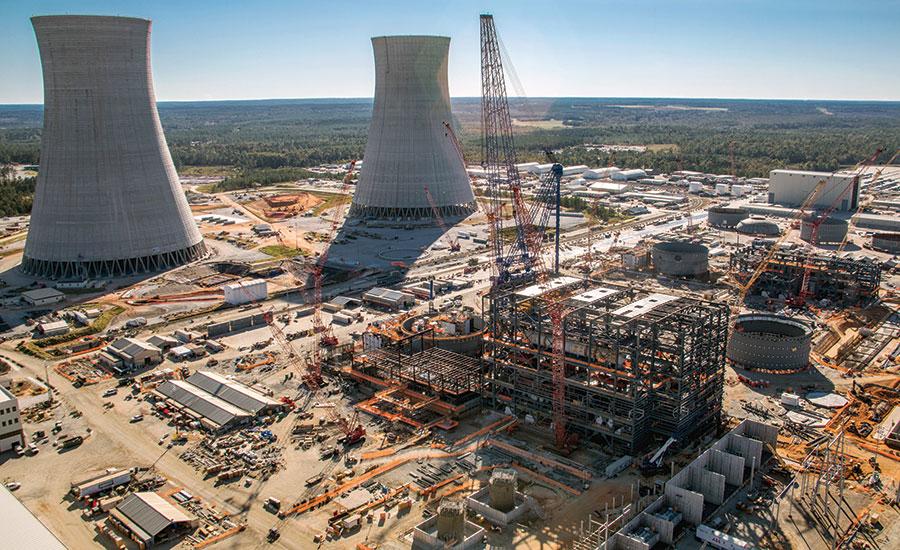 Construction at a Georgia nuclear power plant faces an uncertain future as Georgia Power assess the cost of completing the project — and the cost of cancelling it entirely.

Construction at a Georgia nuclear power plant faces an uncertain future as Georgia Power assess the cost of completing the project — and the cost of cancelling it entirely.

Westinghouse Electric Co., was the main contractor for Plant Vogtle's two new nuclear reactors, but after the company filed for bankruptcy in March, it gave Georgia Power a $3.68 billion payout to step in, Savannah Now reported. Georgia Power, now a 45.7 percent owner of the project, is now looking at construction costs of $50 million per month.

Pushing to Get the Job Done

The Georgia Public Service Commission supports the project's completion. In August, the Commission came up with questions about the project it would like answered, and provided an amendment with an exit strategy if the project's price becomes too high, just in case.

“This vote today sends a message to the company, the company's partners, ratepayers, and Wall Street that the commission continues to be supportive of this project provided it can be done economically. This information will help us in deciding the appropriateness of whether this project should go forward or not go forward,” said Chairman Stan Wise.

According to Wise, seeing the project through to completion would provide Georgia Power with a better balance of energy, which currently uses between 60 and 65 percent natural gas, Savannah Now reported.

“It's just good regulatory sense that you don't put all your eggs in the natural gas basket,” Wise said.

“It's truly money down the rat hole if it's abandoned,” Wise said.

According to research group, Greenlink, there are better alternatives to completing the project, Savannah Now reported. Matt Cox, Greenlink's climate and energy policy expert, said that Georgia's use of low energy light bulbs and more efficient heating and air condition has kept the state's electricity consumption steady at the same rate it was in 2003. Ultimately, Cox said that at a price over seven times that of energy efficiency measures, nuclear energy wouldn't be the cheapest solution, anyway.

And with a price tag of $50 million a month, Cox said there are better options.

“What we're spending on Vogtle, if that were directed to some of these cheaper options like energy efficiency or utility scale solar it would deliver a much bigger bang for the buck,” Cox said.

In May, Georgia Power stated that the project was 44 percent complete, and recently announced a new completion date of 2023. Originally, when ground broke in 2009, the project was scheduled to be finished by April 1, 2017.