See the giant construction equipment used to excavate and haul oil from the tar sands in Alberta, Canada. 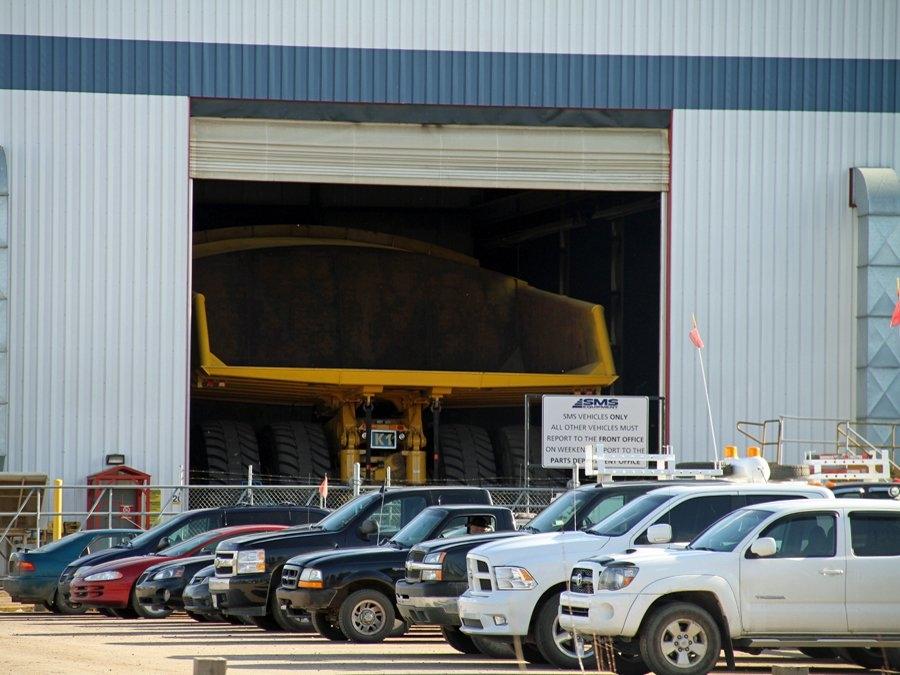 Robert Johnson — Business Insider. The Cat 797 parked in it's garage.

On Tuesday, President Donald Trump signed an executive order to revive and expedite two multi-billion-dollar underground pipelines that would snake oil through US states to centers of the petroleum industry.

One is the contentious $3.8 billion Dakota Access pipeline, which would shuttle petroleum more than 1,100 miles, from North Dakota's Bakkan oil fields to holding tanks in Patoka, Illinois.

The other is the Keystone XL pipeline — a new segment of the existing Keystone Pipeline system, which begins in the Alberta, Canada tar sands and ends in Patoka as well as points in Texas along the Gulf of Mexico. The XL segment, which could cost its builders as much as $10 billion, is partially built and would move larger volumes of oil in less time by shortening the route and burying larger-diameter pipes.

Proponents of the pipeline say it will lessen dependence on foreign oil while creating jobs and growing domestic industry. However, many Americans, and primarily Native Americans, are furious about Trump's latest executive order.

Barack Obama killed the Keystone XL pipeline in November 2015, stating it wouldn't have helped lower gas prices or create that many jobs. He also said the long-term contribution to climate change — possibly more than 22 billion metric tons of carbon pollution, according to Scientific American — wasn't worth the loss of America's global leadership on fighting emissions that exacerbate global warming.

"If we're going to prevent large parts of this Earth from becoming inhabitable, if not inhospitable [...] we have to keep some fossil fuels in the ground," Obama said.

Trump's televised revival of Keystone XL didn't mention its steep environmental costs, including the 54,000 square miles (140,000 square kilometers) of pristine Alberta wilderness that may be razed to feed it.

"We're not saying the project is good or bad. We're just saying the scale and severity of what's happening in Alberta will make your spine tingle," Robert Johnson, a former Business Insider correspondent, wrote after flying over the Canadian oil sands in May 2012.