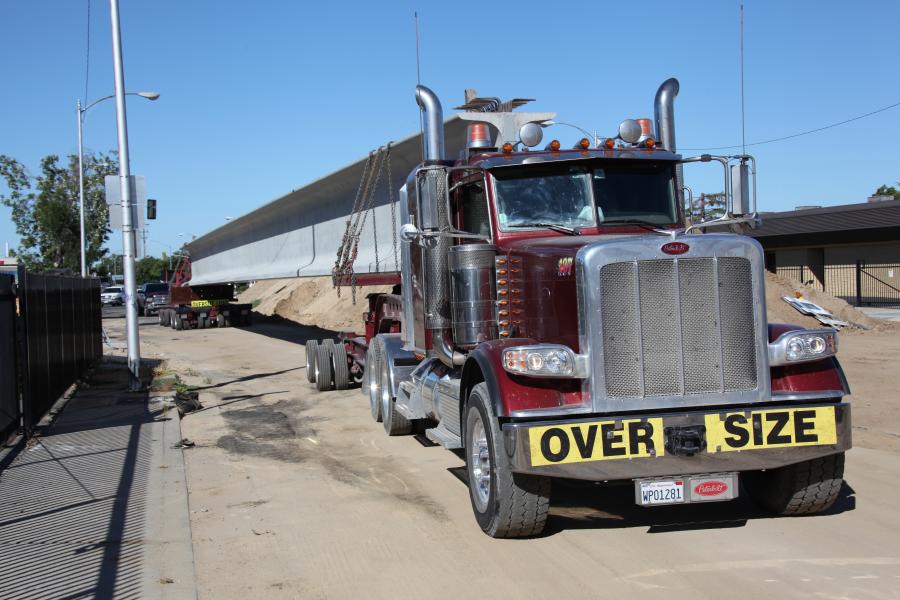 Construction crews placed the first of 42 massive steel and concrete girders on the new Tuolumne Street Bridge in downtown Fresno.

The placement of these girders signifies the midway point of the construction for the bridge. In total, the California High-Speed Rail Authority's Construction Package 1 (CP 1) design-build contractor Tutor-Perini/Zachry/Parsons (TPZP) will place seven girders (also called beams) per day until complete. The girders placed are 149-ft. (45.4 m) long and weigh approximately 83 tons (75.3 t).

On Jan. 4, 2016, construction crews began the demolition of the one-way bridge that previously had clearance for Union Pacific Railroad (UPRR). Construction of the new, higher bridge will accommodate UPRR, as well as the high-speed rail line and create two-way traffic patterns on Tuolumne Street between E and P streets.

Construction of the Tuolumne Street Bridge is part of the first 32-mi. (51.5 km) stretch of the high-speed rail project between Avenue 19 in Madera County to East American Avenue in Fresno County.