Girls Line Up for Construction Camp

For the girls at Camp MAGIC, there's no roasting marshmallows around the fire. 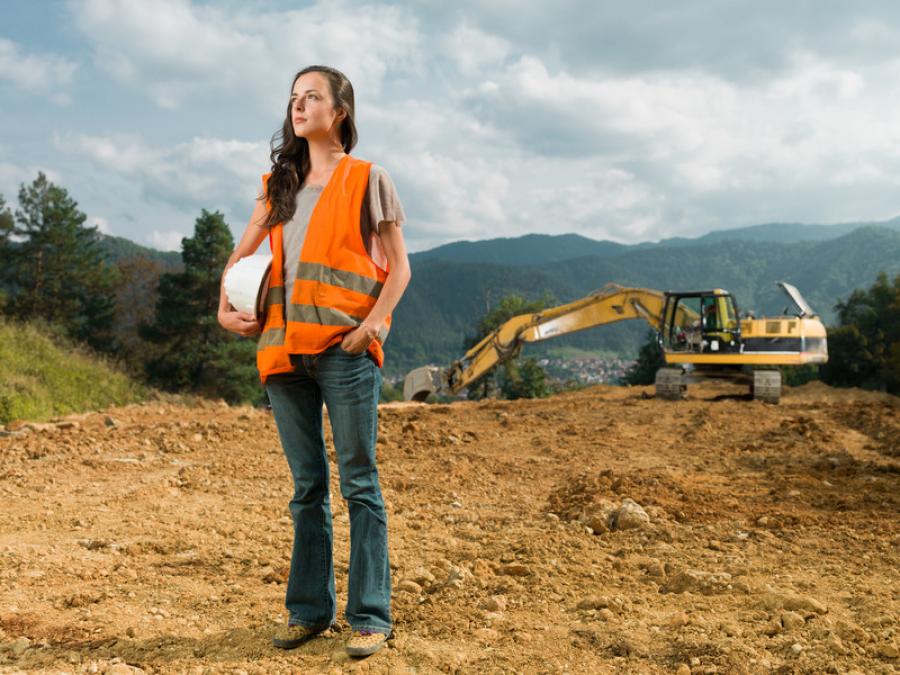 The Philadelphia Inquirer is reporting that for the girls at Camp MAGIC, there's no roasting marshmallows around the fire.

Instead, the 18 girls, in grades 7 through 12, used a drill press, saber saws, a spindle sander, and a high-powered nail gun to build their own toolboxes, and, perhaps, a career in construction.

That would be the goal of Camp MAGIC, which stands for Mentoring a Girl in Construction.

She was buzzing with excitement, waiting to use the spindle sander at the Northeast Regional Council of Carpenters' apprentice-training center in Northeast Philadelphia.

Maybe, Ashley said, she'd like to be a cabinetmaker, or join the painters' union, where an apprenticeship at the union's Finishing Trades Institute in Philadelphia comes with 60 credits toward an associate's degree.

If the saber saws weren't so loud, the seventh grader's comments would have been music to the ears of Maura Hesdon, general manager of Shoemaker Construction Co. in Conshohocken.

Seven years ago, Hesdon and others in the Philadelphia chapter of the National Association of Women in Construction decided to start Camp MAGIC to introduce girls to the field.

The association's board, led by Piljo Yae, a superintendent for Barr & Barr Inc., is made up entirely of women executives and managers in construction. The group's goal is to promote the success of all women, from carpenter to chief executive, in construction.

"There are a lot more women on the managerial side," Hesdon said, "but we're trying to get more women in the trades."

The push comes at a time of growth for local construction.

Between 2013 and 2015, the region saw nearly $7.4 billion in new construction and major renovation expenditures - well above pre-recession levels, the General Building Contractors Association of Philadelphia said in a report released Wednesday.

That led to employment for 27,700 directly or through spinoffs from the projects, the report said.

But not for women.

That's according to another report, prepared by two local economic-analysis firms, Econsult Solutions Inc. and Milligan & Co. L.L.C., for the city's Office of Economic Opportunity and released in May.

In 2008, Philadelphia officials - concerned about the lack of diversity in the construction trades - set goals for employing more minorities and women on projects shepherded by the city, the report said.

The goal of 32 percent for minorities was met, with African Americans, Hispanics, Asians, and Native Americans accounting for 38.6 percent of the workforce on city construction sites, based on data collected between Jan. 1, 2014, and June 30, 2015.

But only 2.9 percent of the workers were women, significantly lower than the 7 percent goal.

"It's not because we don't want them," said Charles Brock, director of the carpenters' apprentice center. "It's because they don't show an interest."

It may be, MAGIC camp organizers say, that the girls simply don't know that the construction trades are available to them.

Of the 943 who took the most recent carpenters' apprentice test, 13 were women. They accounted for five of the 415 who passed the test, Brock said.

Typically, one in five apprentices doesn't complete the four-year program, he said, but the women never drop out. Recently, a female apprentice was the top student in the class.

Each day for a week, the campers - from the city and the suburbs - go to a different union training center for hands-on activities.

On Thursday, they will visit Peco Energy Co.'s training center, and on Friday, the week will finish with a tour of Comcast Tower II's building site.

"I love it," said camper Taliya Carter, 17, of Philadelphia, a rising senior at the Workshop School.

At school, she builds cars, but she'd rather work with blueprints and construction tools.