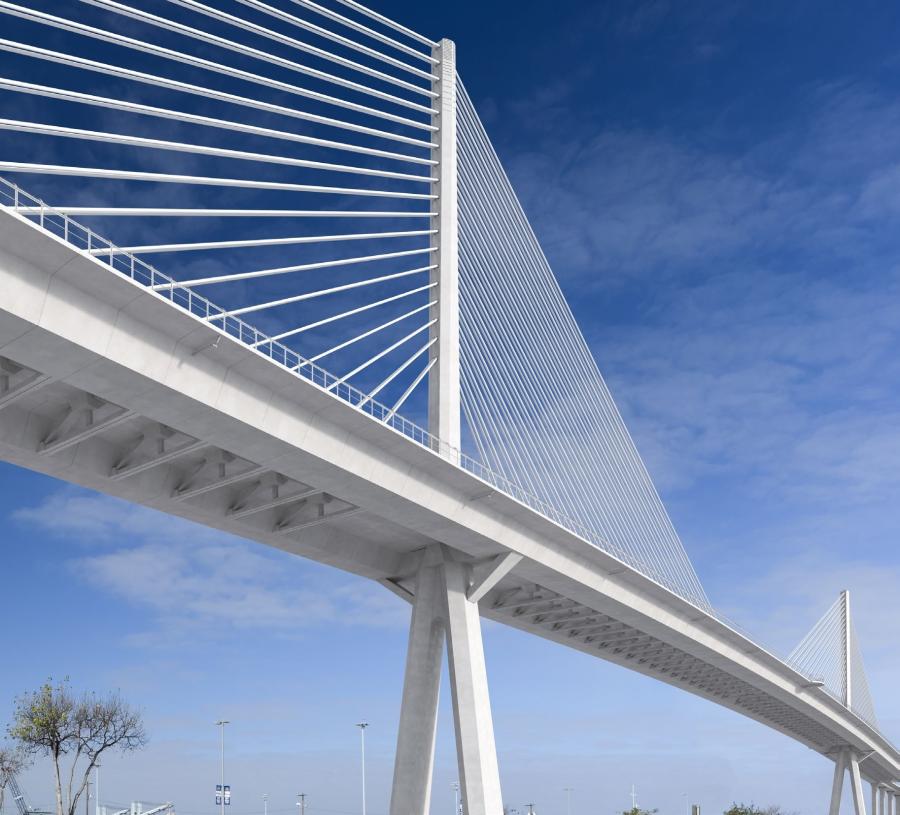 Local, state, federal and port officials turned dirt in a symbolic start to the U.S. 181 Harbor Bridge Replacement Project that will result in the longest precast concrete cable-stayed span in the United States and opening the Port of Corpus Christi to the largest ocean-going vessels.

The six-lane structure with shoulders is scheduled to be complete in 2021 for about $930 million. Funding is being provided by local, state and federal sources and includes a 25-year maintenance agreement with the developer.

“I would like to congratulate TxDOT, the city of Corpus Christi and the Port of Corpus Christi on this achievement,” said Gov. Greg Abbott. “Today's groundbreaking marks an important step in Texas' goal of creating a 21st century infrastructure system that gives us an advantage on our global competitors. As one of the largest bridge projects in Texas history, the Corpus Christi Harbor Bridge will lead to an expansion in commerce, ultimately creating more jobs and enhancing Texas' standing as an economic powerhouse.”

“TxDOT is improving safety and connectivity in the area with a new bridge that is world-class in engineering and design,” Lewis said. “TxDOT employees and their partners have developed a project that is an outstanding combination of innovation, beauty and functionality.”

The planned bridge will provide a clearance of 205 ft. (62.5 m) over the Corpus Christi Ship Channel and replace the existing steel-coated, six-lane bridge that lacks shoulders. With a clearance of 138 ft. (42 m), the existing bridge, built in 1959, prevents larger ships — including the much larger ships passing through the newly-expanded Panama Canal — from accessing the port. Hurricane evacuation and safety is improved with the addition of inside and outside shoulders, and the new design features a full-length pedestrian walkway.

Flatiron/Dragados was awarded the design and construction contract for the replacement bridge. The bridge will have a main span of 1,655 ft. (504 m) and will span the entire width of the ship channel. Its two main towers will be 538 ft. (164 m) tall. When completed, the Harbor Bridge will have the longest precast concrete cable-stayed span in the United States. Using the precast option will keep the ship channel open to freight shipments while the new bridge is under construction. The precast concrete structure also provides greater durability over the existing steel structure in the corrosive coastal climate. When the new bridge is completed, the older Harbor Bridge will be demolished.