The Double Track, extending from Farmingdale to Ronkonkoma, will dramatically reduce delays on the LIRR. 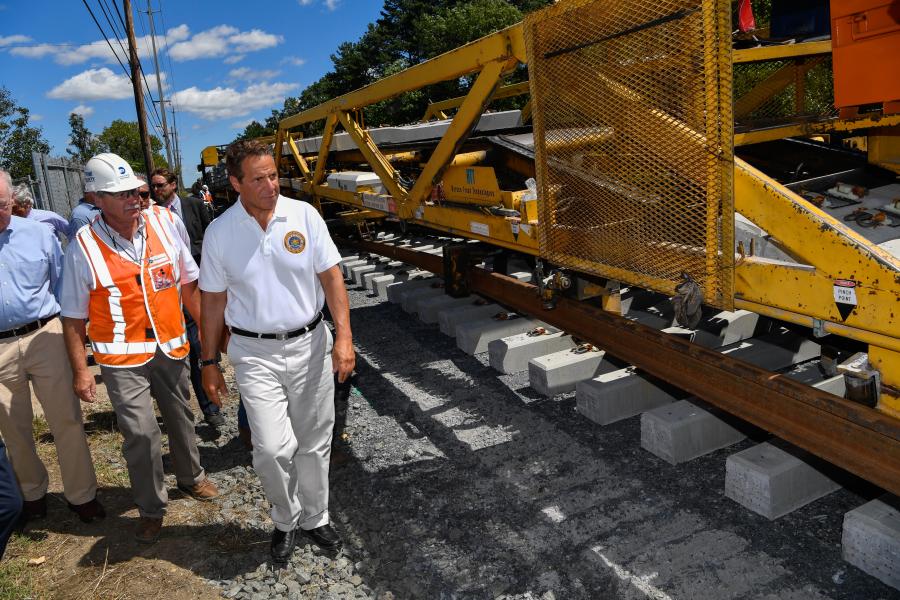 Gov. Andrew M. Cuomo announced the completion of new track laying between Central Islip and Ronkonkoma for the LIRR Double Track project. Work on the final phase between Farmingdale and Central Islip is already under way and on schedule to be completed in 2018.

The Double Track, extending from Farmingdale to Ronkonkoma, will dramatically reduce delays on the LIRR and enable more off peak service in both directions by adding 13 mi. (21 km) of parallel track. Together with the full MTA eTix rollout, the LIRR Third Track proposal on the Main Line, East Side Access, and four new Metro-North Stations in the Bronx, the milestone moves the MTA's commuter rail priorities forward in the Governor's $100 billion Infrastructure and Development Plan for New York.