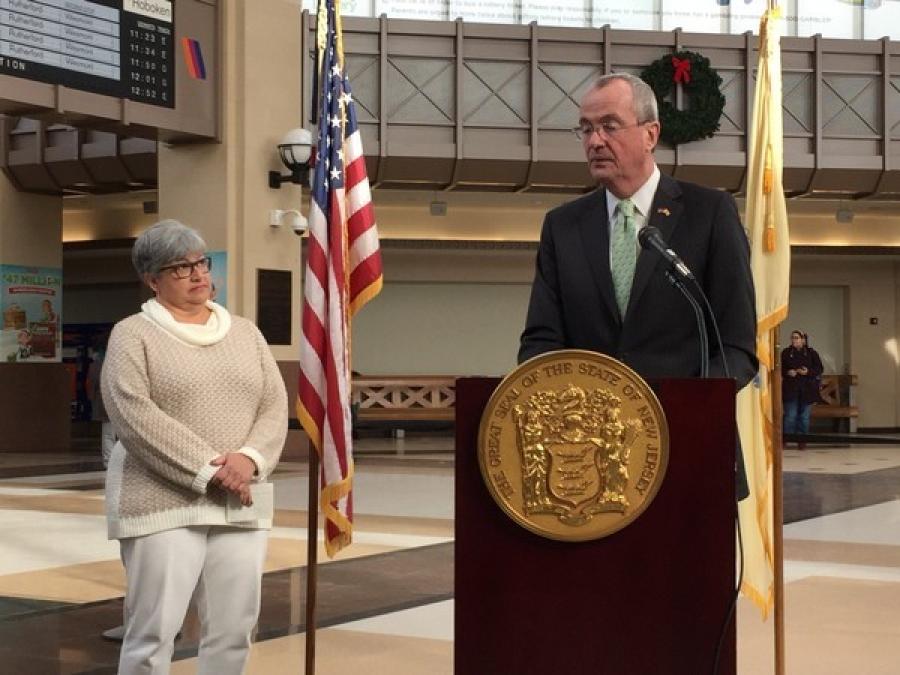 SECAUCUS, N.J. (AP) Governor-elect Phil Murphy said a primary goal of his newly named head of transportation is to fix embattled New Jersey Transit, which he called “a national disgrace.”

The Democrat announced Diane Gutierrez-Scaccetti as his choice for transportation commissioner.

Gutierrez-Scaccetti spent the last six years as a top official in Florida's transportation department. Before that she served for more than 20 years at New Jersey's DOT, including nearly 12 years as deputy executive director.

Her nomination was praised by the New Jersey Chamber of Commerce, which called her “a proven professional,” and by the American Council of Engineering Companies of New Jersey, as well as by several state lawmakers.

“We need a strong leader to take over the national disgrace that is NJ Transit,” Murphy said.

While Gutierrez-Scaccetti will oversee the state's bridges and roads including the New Jersey Turnpike and Garden State Parkway, her most pressing task will be to guide a transformation of NJ Transit, which has been beset by funding problems over the years and has come under criticism for problems such as equipment breakdowns and frequent delays.

“No agency in our government is more in need of a wholesale makeover and re-envisioning than NJ Transit,” Murphy said. “Enough is enough. It's time to not just clean the house, but to knock it down and rebuild it.”

A recent published report by The Record newspaper found New Jersey Transit hired or promoted 10 employees with ties to Republican Gov. Chris Christie's administration in recent years, moves that all came with raises, including some as high as $70,000.

“If there are patronage jobs and they aren't valuable or people aren't performing services, we need to deal with that,” Gutierrez-Scaccetti said. Murphy said the state needs “relevant competence in the key seats, urgently,” and vowed to take immediate action if necessary.

NJ Transit has said the employees in question weren't given preference over career agency employees.