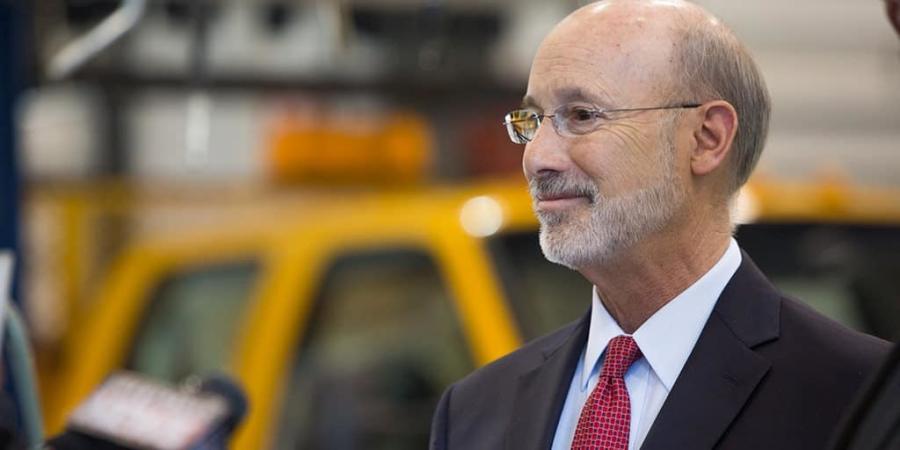 Gov. Tom Wolf recently announced that more than 1,700 construction projects are under way or expected to begin or be bid statewide in 2019. (Governor.pa.gov photo)

Building on the nearly 650 construction contracts completed and approximately 4,400 roadway miles improved by Pennsylvania Department of Transportation (PennDOT) forces last year, Gov. Tom Wolf recently announced that more than 1,700 construction projects are under way or expected to begin or be bid statewide in 2019.

"A safe and efficient transportation system is critical for not only our current economy, but also potential growth," Wolf said. "We will make improvements in every corner of the state as the season progresses."

"I'm proud of what we continue to achieve despite weather and financial challenges," PennDOT Secretary Leslie S. Richards said. "I urge all motorists to slow down and watch for work zones so we can all get home each day."

Notable projects that PennDOT and its partners have started, will finish or will begin this year include:

Despite record-breaking flooding and significant slide damage last year, thousands of miles of roadway were improved and nearly 750 bridges were repaired, rebuilt or preserved. Information on results PennDOT is delivering for the state's transportation network is viewable at www.penndot.gov/results.

"Even as funding continues to be a challenge and despite federal inaction on meaningful transportation investment, we continue to deliver for Pennsylvanians," Richards said.

511PA is also available through a smartphone application for iPhone and Android devices, by calling 5-1-1, or by following regional Twitter alerts accessible on the 511PA website.

View projects underway or anticipated in 2019 at www.projects.penndot.gov. Residents can subscribe to PennDOT news at www.penndot.gov under "Regional Offices."