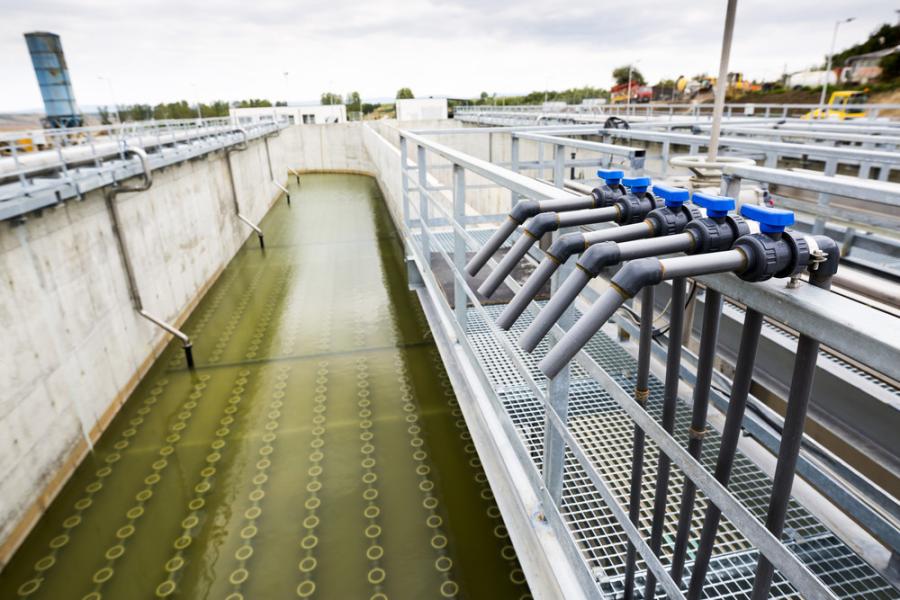 “The projects represented in today's approvals continue our commitment to clean water for Pennsylvania.” said Wolf. “These projects benefit the environment, economic development and public health, as well as advance our shared goal of a clean and safe environment for our families to enjoy, both now and for years to come.”

The funding comes from a combination of state funds approved by voters, Growing Greener, Marcellus Legacy funds, federal grants to PENNVEST from the Environmental Protection Agency, and recycled loan repayments from previous PENNVEST funding awards. Funds for the projects are disbursed after expenses for work have been paid and receipts are submitted to PENNVEST.

“The change in how we look at these types of projects, and how they impact those specific areas of concern, should result in funding packages that will best reflect the impact on those customers, and promote implementation of lead line replacements.” said Brion Johnson, PENNVEST executive director.

A modification to the affordability analysis associated with drinking water systems with lead line replacement projects seeks to promote these projects in the neighborhoods that can least afford the cost to replace the necessary piping.

Eligible projects are with utilities that have adequately mapped areas of concern with needed lead service line replacement work due to exceeding the safe levels in the drinking water provided to the customers. Staff will base the funding upon neighborhoods, or clusters of customers rather than the entire system user base to determine the financial package.

Stoneboro Borough received a $2,624,279 loan, and a $2,965,721 grant to install a new storage reservoir and replace 19,500 ft. of waterline, new fire hydrants and 142 service connections to address issues with deteriorated storage tank and unreliable distribution lines. *

Grove City Borough received a $10,980,200 loan to expand the wastewater treatment plant to allow an increase in permitted flows to accommodate expanding needs of the system. **

Johnstown City received a $3,906,560 loan and a $6,993,440 grant to construct approximately 31,000 ft. of sewer line as well as associated manholes and lateral inspection ports to aid in the removal of excess infiltration and reduce Sanitary Sewer Overflows during wet weather affecting the Conemaugh River. **

Decatar Township received a $1,893,000 loan to construct 12,300 ft. of gravity sewers, a pump station and 4,800 ft. of force main to address failing on-lot systems in the New Liberty area. Treatment will be at the regional treatment facilities. **

Capital Region Water received a loan of $11,136,900 to replace a major pump station that has reached the end of its useful life. **

Shenango Township Municipal Authority received a $4,889,347 loan, and a $4,432,857 grant to construct 27,510 ft. of gravity sewer; 14,399 ft. of force main, three sewage pumps and on lot grinder pumps to address failing on lot systems in the Oak Tree Land Company, and other areas of the Township. Sewage will be conveyed to existing treatment facilities. **

Clarion Borough received a $684,078 loan and a $1,224,622 grant to install 22 storm water inlets, 2,835 ft. of corrugated metal pipe to connect with the existing conveyance system. The work will address issues with storm water issues, flooding of homes and businesses that also impacts roadside ditches, undercuts of roadways, and flooding predominately found in the Boundary Street intersection. **

Hawthorn Borough received a $573,839 loan and a $756,611 grant to install approximately 6,430 ft. of storm sewers, 60 inlets and nine manholes. Grass swales also will be installed above most of the storm sewers to promote infiltration. This project will address the existing failing and undersized storm sewer system causing frequent flooding in residential areas. **

Lower Swatara Township received a $5,471,515 loan to install replacement 48-in. outfall and install 7,245 ft. of new storm sewer and 210 ft. of drainage swales to address flooding on private properties due to insufficient storm water controls and undersized outfall. **

Armstrong County Conservation District received a $904,994 grant to implement the third phase of the drainage runoff management and infiltration facilities along the Armstrong Trail. **