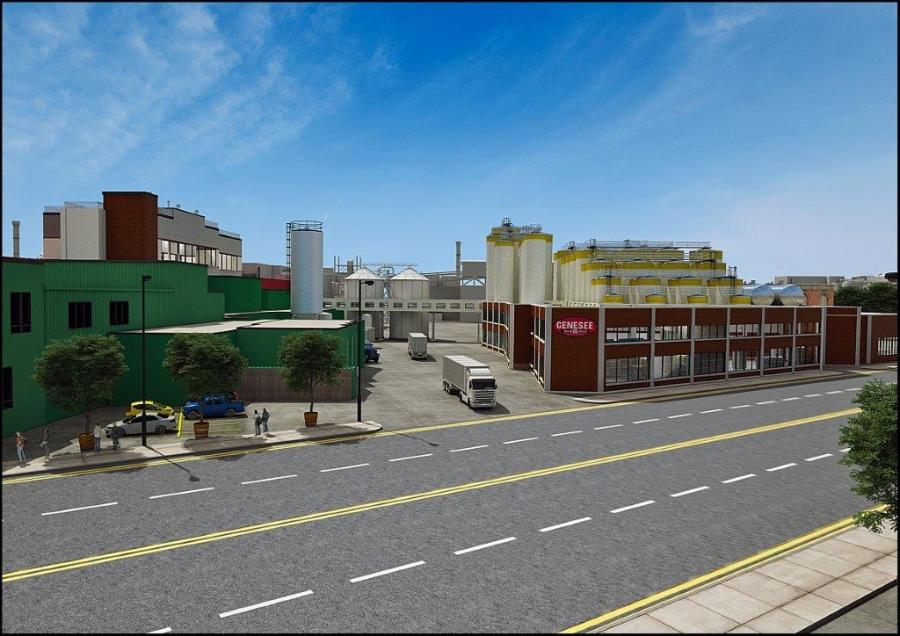 The facility will include a dry hopping system, yeast separator and beer filter, ingredient addition system, and cleaning system.

Governor Andrew M. Cuomo today announced that North American Breweries broke ground on Phase I of its five-year plan to create the "Genesee Eco-Brewery District" in the city of Rochester. The $50 million project will grow the Genesee Brewery business and create more than 120 new jobs while helping to raise the quality standards for New York State's beer industry, making Rochester a top destination for brewing and beverage-related tourism.

"The expansion of the Genesee Brewery is a clear example of how we are leveraging Rochester's many strengths to spur economic growth and create job opportunities across the entire region," Governor Cuomo said. "Working together to build upon the Genesee Brewery's rich history and helping to support its great future is one more way we're pushing the Finger Lakes Forward."

Phase I of the project will focus on the most visible part of the brewery modernization: a new 13,000 square-foot brewery “cold block” on St. Paul Street. The facility will include a dry hopping system, yeast separator and beer filter, ingredient addition system, and cleaning system. The building will also feature two stories of glass windows that will allow patrons and tourists to see firsthand how beer is finished. This phase also includes the installation of a new outdoor fermentation cellar behind the facility, which will allow the Genesee Brewery to ferment a larger variety of beer styles and flavors more efficiently.

Kris Sirchio, CEO of Genesee's parent-company North American Breweries said, "We are so grateful to Governor Cuomo for his unwavering support. This project creates new opportunities for Genesee, the Rochester community and New York State. We're investing to sustain Genesee and build on its potential. By modernizing our brewery, we will make it more efficient, allowing us to sustain and expand our business."

Empire State Development President, CEO & Commissioner Howard Zemsky said, "The Genesee Eco-Brewery District is the latest example of how the state's improved business climate is enabling New York companies to grow and create jobs here at home. Under Governor Cuomo's leadership, craft beverage businesses are thriving and, with its long tradition as an important producer, the Finger Lakes region is well-positioned to take advantage of the opportunities presented by this burgeoning industry."

North American Breweries' Genesee Eco-Brewery District is a multi-phase project, with Phase I breaking ground Feb. 21 and Phase II currently in the planning stages. The $50 million project is being supported by Empire State Development, which has offered NAB up to $4.5 million in performance-based Excelsior Jobs Program tax credits; and up to $5 million from the Finger Lakes' Upstate Revitalization Initiative funding. ESD's incentives are tied to NAB's capital investment and commitment to hire people out of poverty, and of the 128 new jobs that this project will create, more than 60 will be given to New Yorkers coming out of poverty.

The project will also build on the success of the Genesee Brew House, which last year hosted nearly 300,000 people who experienced the on-site museum, restaurant and pilot brewery. Phase II will expand on this vision, adding opportunities for people to learn, taste and experience beers from throughout the region. The Genesee Eco-Brewery District is expected to be completed by 2022.