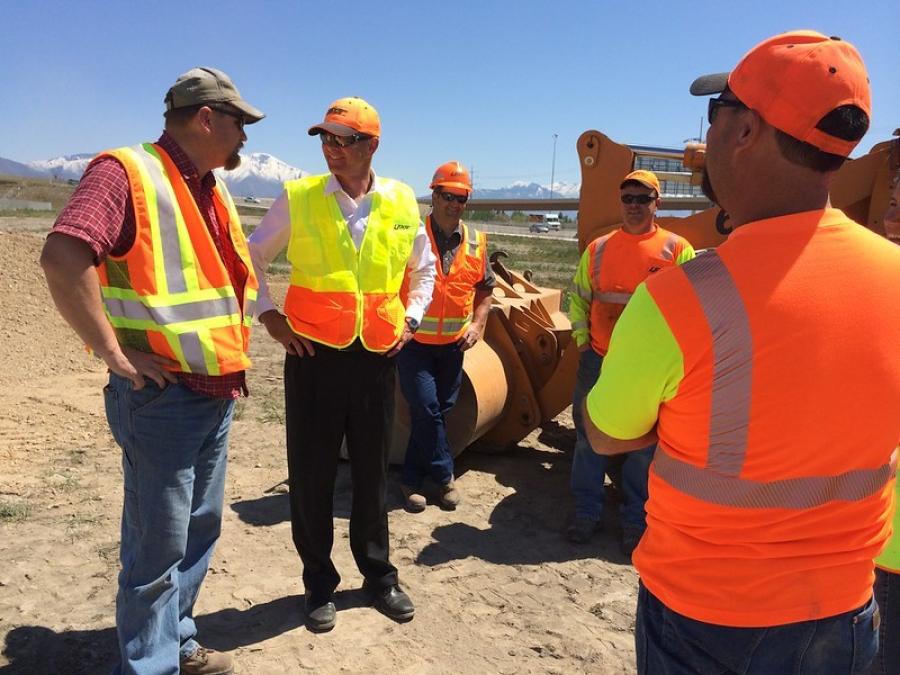 For the past seven years, Braceras has been responsible for UDOT's more than 1,700 employees and the design, construction and maintenance of Utah's 6,000-mile system of roads and highways.

As a member of Governor-Elect Cox's new cabinet, Braceras will continue to lead UDOT in enhancing the quality of life for all Utahns through transportation. This includes ongoing work to build a smart transportation system that connects communities through roads, transit, and cycling and walking paths. This delicate balance is critical as Utah's population continues its rapid growth.

"Transportation is such a critical element in establishing and enhancing our quality of life," Governor-Elect Cox said. "There's no one I trust more than Carlos to perform this essential job."

Prior to his May 6, 2013 appointment as executive director of UDOT by Gov. Gary R. Herbert, Braceras served as the agency's deputy director for 12 years. He has worked in various roles since joining the department in 1986, including director of UDOT's Region Three, chief geotechnical engineer, chief value engineer, a member of the Legacy Parkway/I-15 North Project team, and a roadway design engineer.

Braceras has overseen the completion of several massive highway projects such as the Utah County I-15 Technology Corridor, I-15 South Davis and I-15 The Point. In addition, he has focused on adding more walking and biking trails throughout the state. The Mountain View Corridor features 17 miles of biking and walking paths that run the entire length of the current roadway in Salt Lake County, and the Utah Valley University pedestrian bridge – the longest ever built in the state — will be completed early next year.

As a national transportation leader, Braceras is currently the executive board chair for the Transportation Research Board, a member of the board of directors and past-president of the American Association of State Highway Officials (AASHTO).