This series of excavators has almost 70 percent parts commonality, simplifying the task of maintaining inventories to complete common service functions. 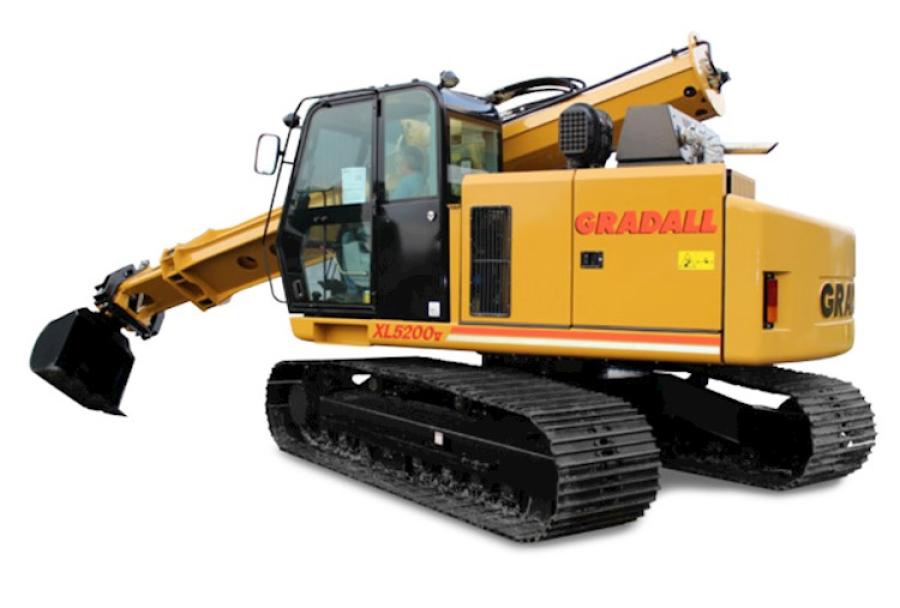 Gradall Industries has announced the introduction of Series V hydraulic excavator models, including the upgrade to Tier 4-Final compliant diesel engines, acquired in an arrangement with Volvo Penta.

Tier 4 Final-compliant five- and eight-liter diesel engines meet the highest global standards including the demanding Stage IV (EU) and Tier 4 Final (US) emission reduction requirements. In addition, fuel efficiency is improved by up to 5 percent.

“Volvo Penta engines are ideal for us because they’re robust enough to power excavators that work off-highway in tough conditions,” said Mike Popovich, vice president of sales and marketing for excavators at Gradall.

All Series V models are equipped with the traditional Gradall advantages of versatility and productivity. The design of the boom and chassis create a compact, low working profile, allowing machines to work under bridges, in tunnels, beneath trees, on the ground floor of parking lot and building construction sites and roadside jobs without obstructing traffic.

The powerful telescoping boom design delivers constant boom forces and speed throughout the dig cycle – an advantage over conventional knuckle booms. With the ability to precisely position a host of attachments for optimum productivity with a variety of challenges, the entire boom tilts up to 220 degrees with full boom power – another advantage over conventional excavators’ boom-end tilt attachments that sacrifice power.

This series of excavators has almost 70 percent parts commonality, simplifying the task of maintaining inventories to complete common service functions. These machines also have longer routine service intervals, and most service locations can be reached from ground level. A network of authorized distributors supports all Gradall excavators, supplying service advice and authorized Gradall parts.