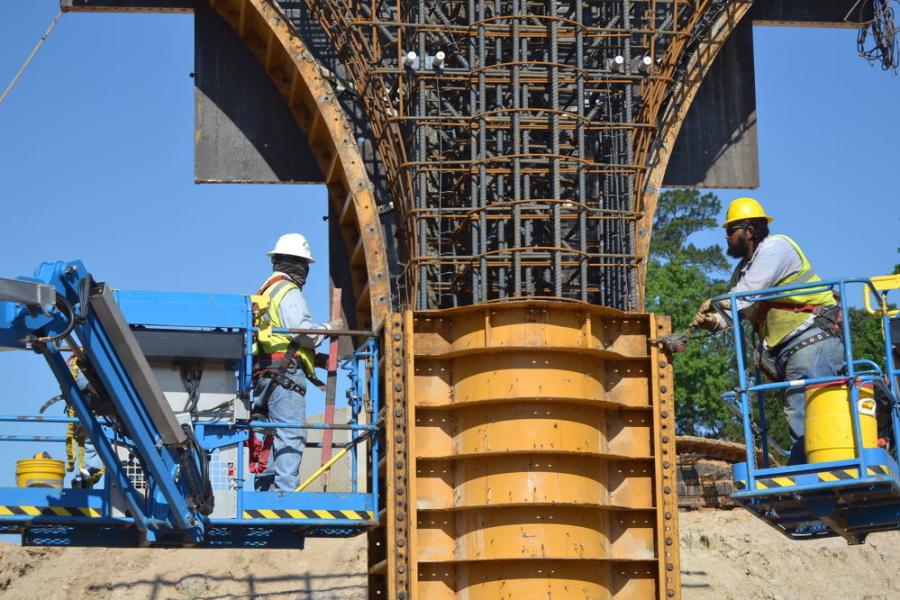 Grand Parkway Infrastructure LLC began construction of a $1.2 billion project that will build Segments H, I-1 and I-2 of the Texas Department of Transportation's (TxDOT) SH 99 Grand Parkway project, in an area northeast of the city of Houston in Harris, Montgomery, Liberty, and Chambers counties.

Construction started on July 26, 2018, and is expected to be completed in spring 2022. GPI, which secured the design-build contract on March 28, 2017, consists of Granite Construction Inc., Webber LLC and Ferrovial Construction.

Segment I-2A includes upgrades for the tolling equipment and upgrades to the existing four-lane roadway constructed by TxDOT back in 2008. In addition to the new lanes, there are eight turnarounds and 20 mainline bridges featured within the segments.

GPI also will be responsible for maintaining portions of the project through a Capital Maintenance Agreement (CMA). 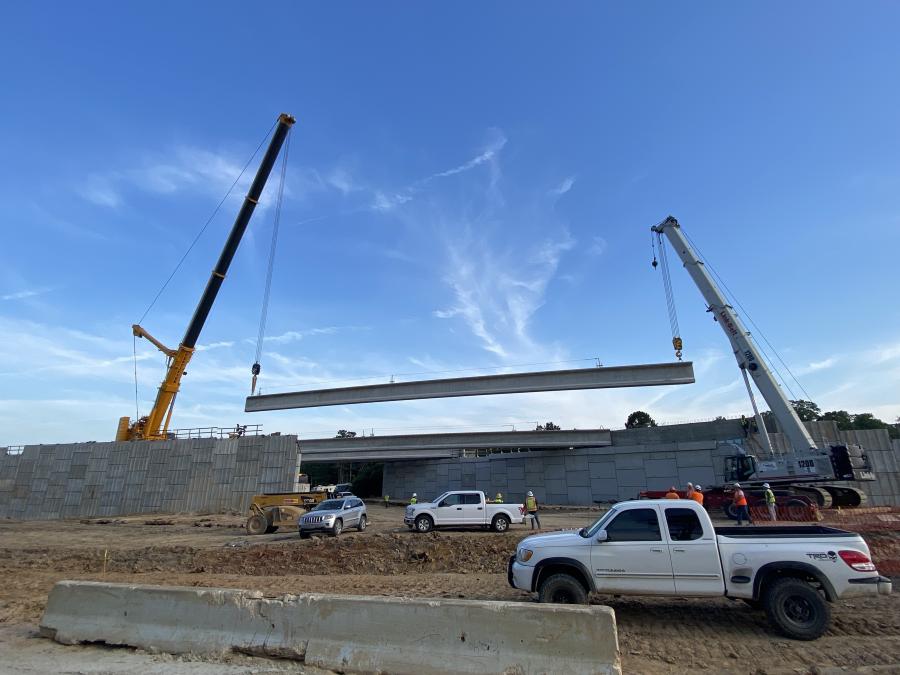 "Approximately 84 bridges are being built as a part of this project," said Chris Neil, GPI's public relations manager. "To date, all bridge beams have been set in Segment H while we are just a few months away from completing the setting of bridge beams in Segments I."

The installation of embankments is a key element of the work, with more than 10 million cu. yds. of soil having been placed.

"This was necessary as the grade of the roadway constantly changes due to the construction of 84 bridges," said Neil.

Utility relocations, as noted, are ongoing, as are landscaping improvements.

Neil pointed out that utility relocations account for about 10 percent of the construction cost. They include key oil and gas pipelines, which require major coordination to ensure that there are no ruptures to endanger public safety and slow down the schedule.

TxDOT has acquired nearly 400 properties for both segments, with many of them being unique.

"When TxDOT informs us that a property has been secured, our teams visit the site to formulate a plan to build upon it," said Neil.

Combining equipment with innovative technologies not only maximizes productions and ensures that operations are efficiently carried out, but also have improved on-site safety

"Construction equipment telematics have given us great insights so that we can better deploy equipment," said Neil. "Employing lets us identify trends and shift equipment to various sites to increase productivity on a regular basis."

"We use it to track meetings, training, inspections, observations and incidents," said Neil. "This has given our safety team the opportunity to be more hands-on, and our construction team utilizes the system to track timecards and equipment. It is really making a difference and is much appreciated by the teams." 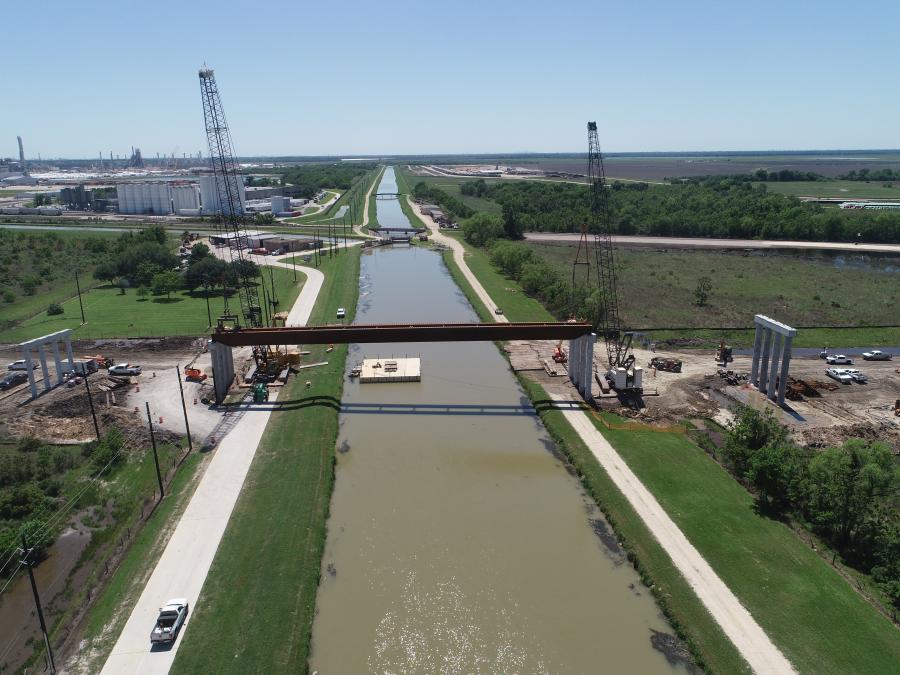 A total of six change orders were executed, totaling $30,355,484.95 and more than 224 parcels were cleared for construction

"There are many public and private utility owners along the project corridor," said Neil. "They have been great to work with. However, there is a balancing act on their end as they simultaneously assist the project with utility relocations and are providing service to the residential and commercial customers. Communication is imperative to ensure that schedules are met and that there are contingency plans in place to that construction can proceed.

"There have been pockets in areas along the project corridor that have required 24-hour operations," he added. "There are no challenges associated with around-the-clock operations, but we do have to ensure we have the materials, equipment and workforce ready to go. As construction travels from New Caney to Baytown, there are areas such as farm-to-market roads and local highways that call for in-depth planning to address tight work zones. Some areas of the project cannot be seen by general public, which allows us more flexibility."

GPI has the full support of TxDOT.

"We have a great working relationship with TxDOT and we have protocols in place to address any construction items in a timely manner.," said Neil. "At the end of the day, we all want to make sure that this project is building efficiently, so that the general public can enjoy the anticipated benefits of the project."

Weather has impacted the work site via heavy rains and flooding. Due to Houston's unique sub-tropical climate zone and being adjacent to the Gulf of Mexico, the city is prone to rain throughout the year and heavy rains can lead to drench sites that slow down or shut down excavation operations as the ground is waterlogged and it is harder to move material or bring equipment in. 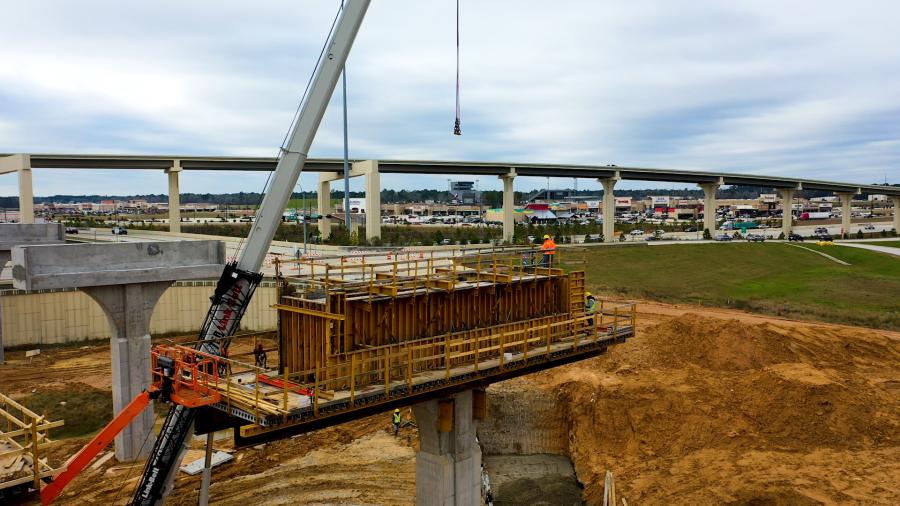 The Houston area also experiences hurricanes and tropical storms and in September 2019 Tropical Depression Imelda brought more than 30 in. of rain. This resulted in the state decreeing a state of disaster in the counties where GPI crews were working. The floodwaters that resulted from the storm set back the progress made by sweeping away the upper layers of embankment and slopes.

"Not only was some material washed away in the project area, but we experienced extensive equipment damage," said Neil. "The rain fell for just a couple of days, but its effects prevented crews from accessing parts of the work zone for several week. The cleanup took months to complete."

In addition to cleaning up and debris removal operations, crews were required to drain several sites, repair drainage infrastructure, rebuild a haul road and repair a crossing.

"The Houston and Beaumont Districts will maintain portions of the existing 2A and 2B and perform routine maintenance that is not in CMA for all segments of the H and l facility," stated a project document. "Segment H also includes constructing the ultimate four-lane facility from I-69/U.S.-59 to Huffman-Cleveland Road, approximately 8 mi. in length [H West Option]."

On March 29, 2012, the Texas Transportation Commission (TTC) created the Grand Parkway Transportation Corporation (GPTC) "for the purpose of aiding, assisting and acting on behalf of the TTC in the promotion and development of public transportation facilities and systems of TxDOT by developing, financing, refinancing, designing, constructing, expanding, operating or maintaining some or all of the segments of SH 99 [Grand Parkway] that are to be developed by the Department," stated a TxDOT information PDF for the project. "Bonds have been previously sold by the GPTC to develop Segments D [Harris Co. portion], E, F-1, F-2, and G and included funds to support advancing development on Segments H, I-1, and I-2." 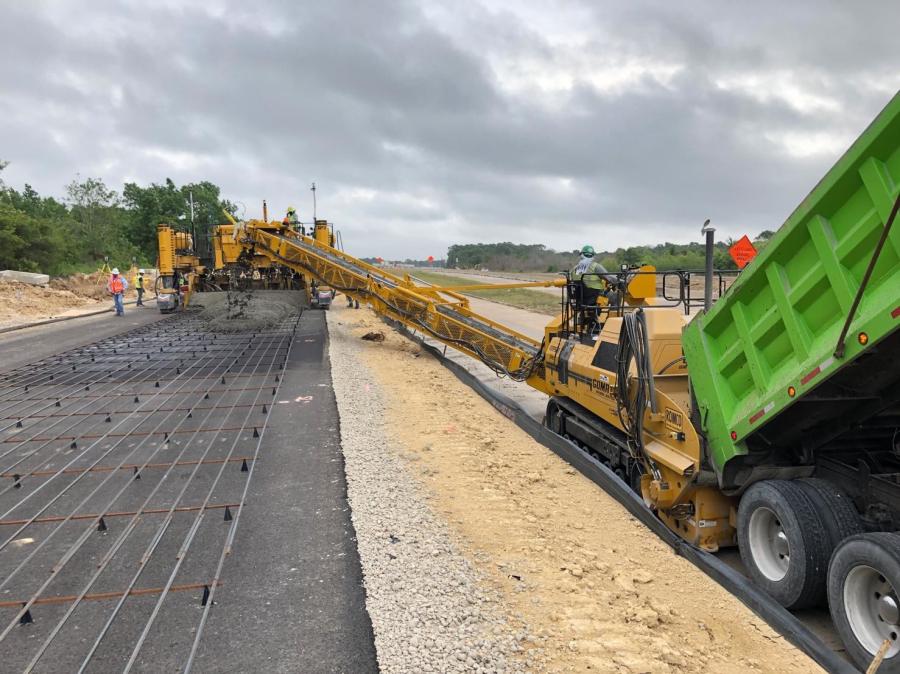 In terms of the cost, design/construction/utilities will entail $906,946,486 and $353 million for right-of-way acquisition. Funding includes a Transportation Infrastructure Finance and Innovation Act (TIFIA) loan from the federal government and GPTC 2018 Toll Road Revenue Bonds via the Grand Parkway Transportation Corporation.

"We're improving the aesthetics of SH 99," said Danny Perez. TxDOT's public information officer, Houston District. "The goal is to substantially increase capacity along SH 99 with the construction of one to two new tolled lanes in each direction between U.S. 59 to I-10 and four additional toll lanes from I-10 to SH 146."

Neil stressed the benefits of the project.

"It is improving the connectivity within the existing transportation network by providing a circumferential link between U.S. 59/ IH 69 N, IH 10 E, and SH 146," he said, "and reducing congestion on area roadways while providing more travel options for the motorists. It is also provides an alternative evacuation route to help relieve congestion during emergency evacuations; accommodate the forecasted population growth; and improves the movement of people and goods to businesses, places of employment, and residential areas within the region."

GPI noted that, "The vision for mobility using a ‘highway loop' around Houston dates back to the early 1960s. More than 50 years later, this vision is becoming a reality with the design and construction of the remaining segments of SH 99 Grand Parkway, Segments H, I-1 & I-2. At 180 plus miles, this circumferential scenic highway will be the longest highway loop in the United States, traversing seven counties and encircling the Greater Houston region, which is the fourth-most populous city in the United States." CEG