At the completion of the first phase, southbound and northbound traffic will share the new structures. 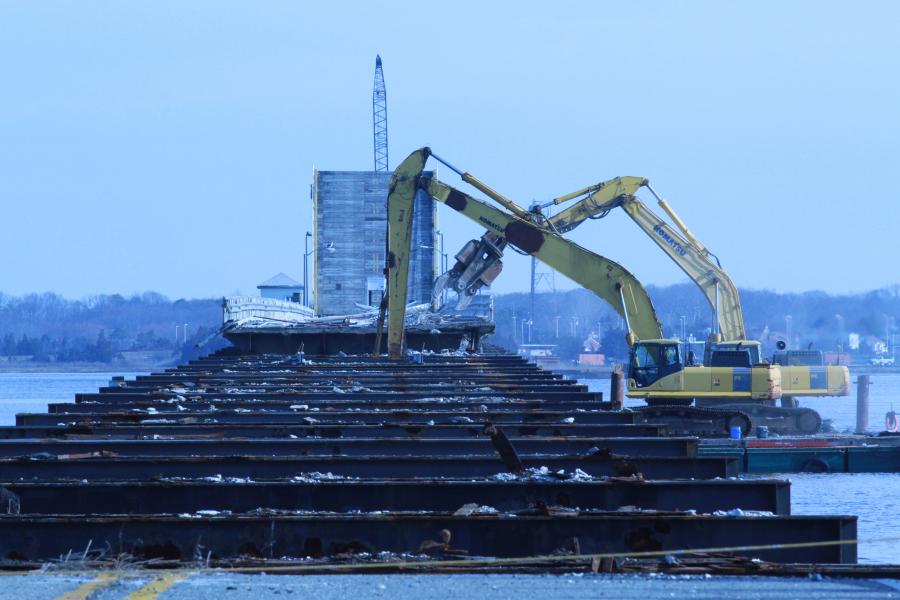 The New Jersey Turnpike Authority (NJTA) is nearing the end of a $142 million project to replace the bridges over the tidal waters of Drag Channel (DC) and Great Egg Harbor (GEH). The Great Egg Harbor Bay is located in Cape May and Atlantic counties. The southbound lane opened for traffic in time for Labor Day weekend.

The contract was awarded to Route 52 Constructors, with Daniel Zeller serving as the project manager. Work began on May 2, 2013, and the anticipated completion date is Oct. 19, 2016.

The contract also calls for construction of the approach roadway on a new alignment, and demolition of the adjacent Route 9 Beesleys Point Bridge.

Funding for the project comes from NJTA toll revenues.

According to Tom Feeney, media relations coordinator for the NJTA, this project is the first phase of a two-phase program that replaces the aged southbound bridge originally built in the 1950s. At the completion of the first phase, southbound and northbound traffic will share the new structures. The second phase of the project will then commence to reconstruct/rehabilitate the existing northbound structures that were built in the 1970s.

“The contract included several time-of-year restrictions to provide protection for fish, birds, and crabs,” Feeney said. “There was a requirement to reduce the underwater noise generated by pile installation for the protection of fish. These restrictions in combination with the sometimes harsh marine environment and unpredictable nature of underground/in-water work made maintaining schedule quite challenging.”

Feeney noted that this project has three uncommon features:

• A multi-use path to enhance public mobility was constructed on land and the structures to provide connectivity across the bay for people traveling by foot, bicycle, etc. The path is 10 ft. (3 m) wide and is separated from vehicular traffic by a barrier wall and ornamental fence. It includes a “fishing bumpout” over the deepest part of the Drag Channel, which is known as a very popular area to fish.

• The main channel in Great Egg Harbor is part of the inter-coastal waterway and the structure achieves its maximum vertical clearance and greatest span lengths at the channel. Span lengths of 250 ft. (76.2 m) were achieved through the use of spliced, pre-stressed concrete girders. Seven lengths of precast concrete girder were joined together using concrete closure pours and post-tensioning to develop 920 ft. (280 m) long, continuous, four span girders in the deck unit over the channel. Temporary support towers and strongbacks were used to secure the individual precast sections in position during the interim stages of the work.

• The contract required use of a system to attenuate noise from driving pile in the water. The contractor utilized variations of a bubble curtain system as he worked in a wide range of depth-of-water, within a cofferdam for the GEH structure, and in open water for the DC structure. The system was monitored by the contractor and by an independent consultant, with results satisfying the goals of the contract. No fish kill was observed during driving over the term of pile driving.