Great-Granddaughter of Peter J. McGuire Donates Tools and Other Personal Belongings to Carpenters Museum in Philadelphia 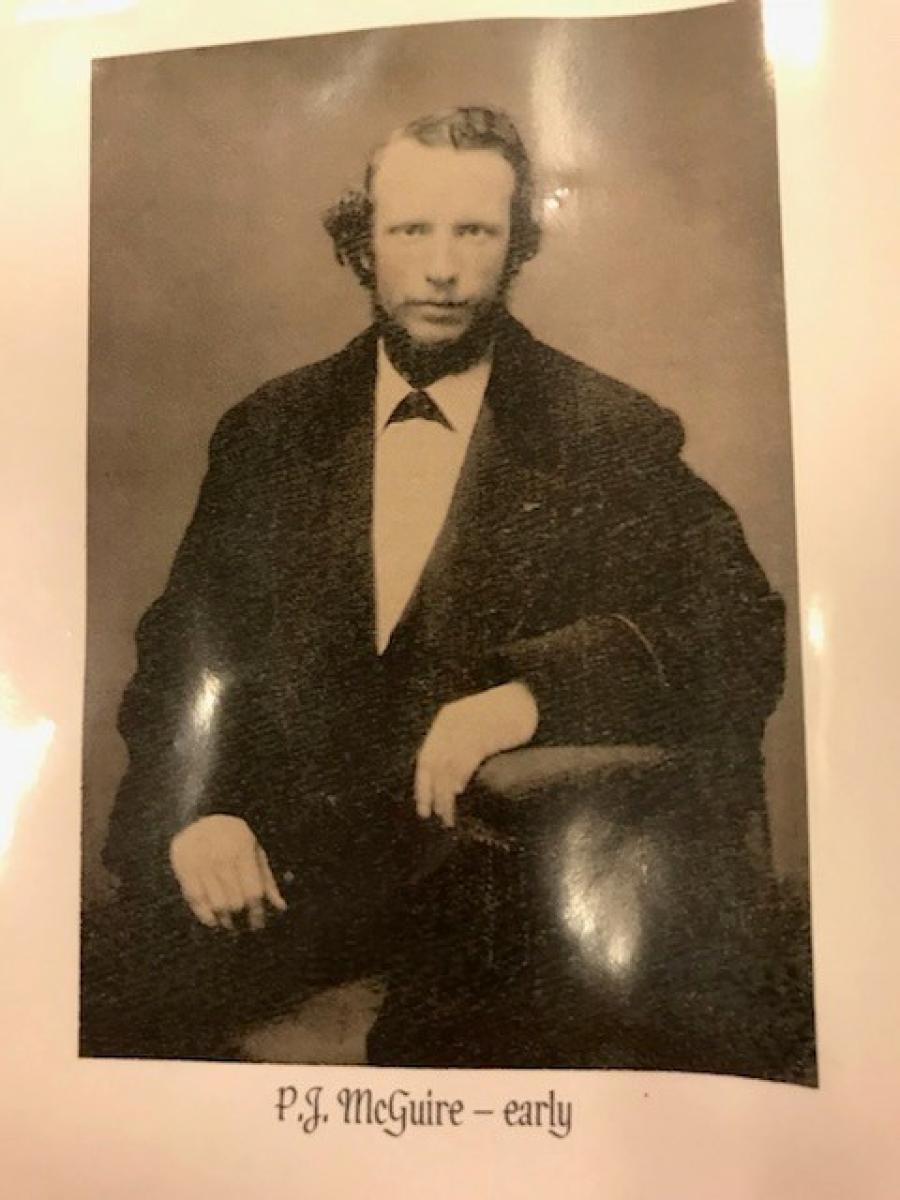 Peter J. McGuire, the founder and first general secretary of the United Brotherhood of Carpenters & Joiners of America.

On Jan. 9, Kathleen Rossell, great-granddaughter of Peter J. McGuire, the founder and first general secretary of the United Brotherhood of Carpenters & Joiners of America (UBCJA), visited the Carpenters Tool & History Museum in Philadelphia.

Prior to the visit, Rossell donated to the Northeast Regional Council of Carpenters several of McGuire's original tools, documents and photographs, including:

“Peter J. McGuire is recognized as the founder of the United Brotherhood of Carpenters and Joiners of America and is one of the most remarkable figures in the history of the American labor movement,” said Michael Tapken, tri-state assistant to the Regional Manager and curator of the Museum. “The Northeast Regional Council of Carpenters is dedicated to preserving our history and honoring the memory of our brother, Peter J. McGuire. We are ecstatic to have the opportunity to display some of McGuire's personal belongings at the Museum.”

NRCC is currently expanding the Carpenters Museum in Philadelphia and expects to complete this expansion in Summer 2018. McGuire's items will be put on display shortly after this museum expansion is completed. Visit the Museum, located at 1811 Spring Garden Street in Philadelphia, later in 2018 to see items from throughout carpenter's history, including these priceless McGuire artifacts.