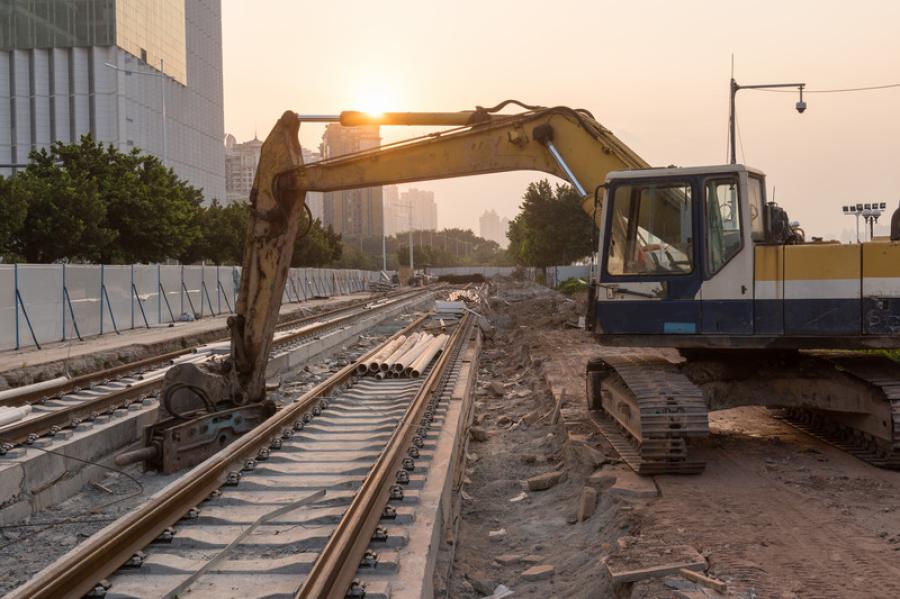 WALKERSVILLE, Md. (AP) It's just 7 mi. (11 km) of old railroad tracks that you would think no one would want. But want it they do, and now there's a mini-war over who should gain control of a picturesque rail line that runs from the Wegmans in Frederick through Walkersville to Woodsboro and is mainly used as a nostalgia ride by summer tourists.

The bad blood between the two sides who want to buy the line is so bad that Walkersville Burgess Chad Weddle has basically called for a “can't we all just get along” moment.

Weddle, who said he's received complaints from both sides in the dispute, said he hopes the controversy can be brought to a resolution soon. If there's anything he can do to help that process along, he's willing to do it, he said.

“I think we need to hear both sides laid out,” he said. “Hopefully, this is a solvable issue.”

The dispute is over a nearly 7-mi. track that runs from Route 26, near the Wegmans grocery store at 7830 Wormans Mill Road in Frederick, to Glade Road in Woodsboro.

The tracks are owned by the state's Department of Transportation. The department purchased the line in the early 1980s as part of a larger effort to preserve in-state rails from companies that could no longer sustain them or had abandoned them. The intention was to develop those lines for self-sufficiency, so they could be sold to private companies.

For nearly 25 years, the Walkersville Southern Railroad, a local company, has leased the track from the DOT. Every May through October, the company gives tourist rides, running a series of 1920s vintage passenger coaches through areas of Maryland farm country. The coaches also include dining areas where customers can purchase dinners that include four-course meals or attend other special events.

The company's lease on the rail line ends in 2018. The state plans to put it up for sale. Board members of Walkersville Southern Railroad said they're the obvious choice to take over the rail line considering their familiarity with it and their current extensive rail-line infrastructure.

Paul Kovalcik, who's served on the board since 2004, said the company has as many as six locomotives, as well as staff to operate the trains. It uses anywhere from 60 to 80 volunteers with different levels of rail experience. The company could feasibly take over the ownership of the line with little impact, he said.

“Clearly, I think we're the best suited to run the line,” he said. “We wouldn't have far to go to keep it functioning.”

The company has received a “preferred operator” designation from the DOT, meaning the state will give it preference if it places a bid. Board members from the company said they're in early negotiations for the purchase, but the track will still be put out for open bidding.

Ray Soderberg, who was a volunteer at Walkersville Southern Railroad for nine years, said he officially cut ties with the company after tensions between himself and board members reached an all-time high. He wants to buy the line, too.

Soderberg said that in February 2015 he was approached by DOT officials. In an off-the-cuff conversation, they asked him if the Walkersville Southern Railroad would be interested in purchasing the line. He said he told them that they'd have to talk to members of the board, but if they weren't interested, he was.

Soderberg said he tried for months to get a clear answer from board members on whether they intended to purchase the line, but he never received one. As a result, he and another former volunteer, Mike O'Connor, formed their own nonprofit, the Frederick and Pennsylvania Line Railroad Museum, in July 2015. One of the nonprofit's purposes would be to raise money to place a bid on the track.

Up until March 15, Soderberg said he had no idea that the Walkersville Southern Railroad had any intention of placing a bid on the line. In the last few months, the two sides have gone back and forth in a series of miscommunications that have led to increased tension, he said.

He said he still plans to place a bid on his own, however.

“I think it's a good thing that they're jumping in. It only increases the chances that someone local will own it,” he said. “But I'm still going to take seriously the idea of our organization owning it.”

In February, Soderberg and O'Connor published an article in the Woodsboro-Walkersville Times that questioned whether Walkersville Southern Railroad could sustain the rail line without subsidies from the state. By subsidies, the two meant the $50,000 to $100,000 the state pays to maintain the bridge and rail lines along the track.

Kovalcik said he's confident the company has more than enough money to maintain the tracks on its own. Even if it didn't, the company is certainly more prepared than the Frederick and Pennsylvania Line Railroad Museum, which has two members, limited funding and no rail line equipment, he said.

Soderberg said that if his organization won, it would play a similar role as the state, leasing the line while maintaining its infrastructure. The purchase would essentially be a switch in landlords, he said.