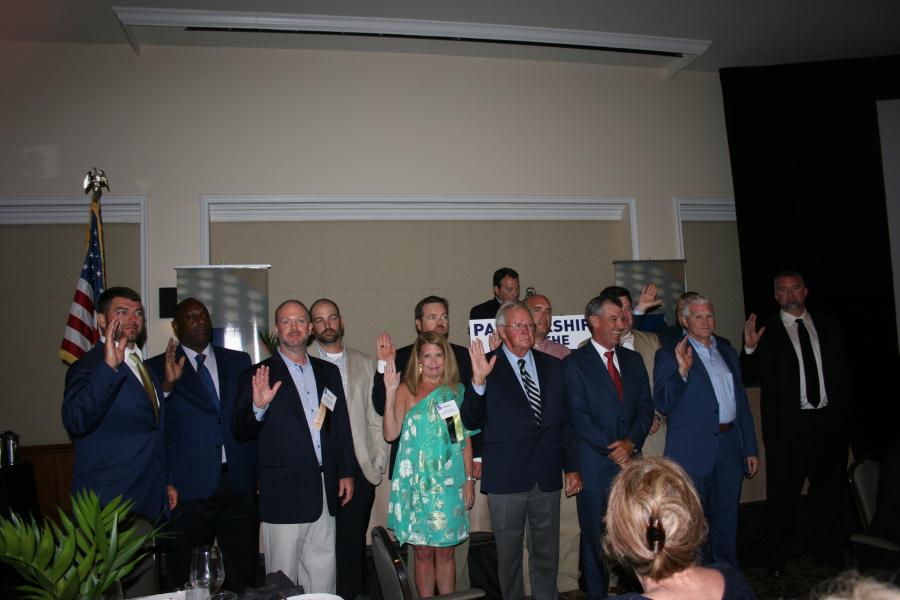 2018-2019 GUCA Board of Directors members take their oath of service at the 2018 GUCA Annual Conference.

Those continuing on the Board as Directors for 2017-2019 include Brian Burleigh of Dennis Taylor & Company Inc. in Duluth, Ga.; Tammy Cawthon of Alan Cawthon Inc. in Jackson, Ga.; Jason Ray of Archer Western Construction LLC; and David Westrick of Ruby-Collins Inc.