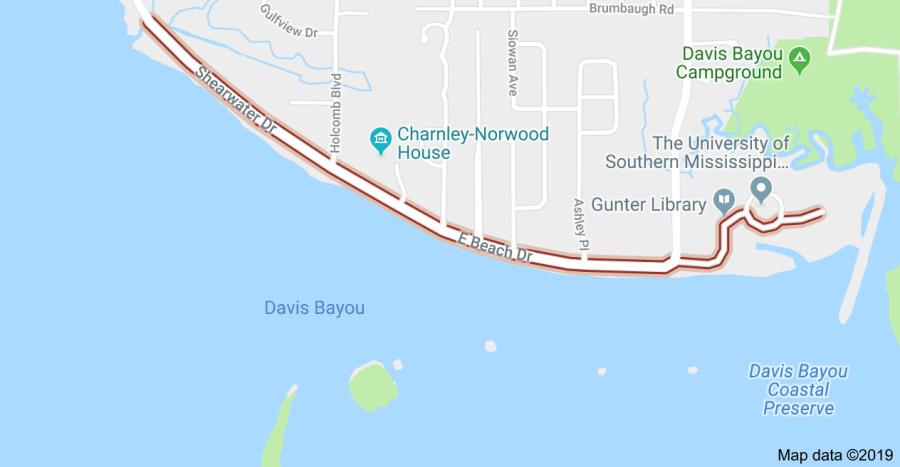 Situated at the water's edge of Biloxi Bay on the southernmost flank of the United States, Ocean Springs, Miss., is a community of 17,000 people and two beaches. Since 2010, East Beach — the smaller of the city's sand-and-water recreational areas — has been embroiled in a legal challenge over the building of a sidewalk.

"I've never been involved in a case that has gone to the Supreme Court on three occasions and spanned almost 10 years," says Robert Wilkinson, senior partner of the Pascagoula, Miss., law firm of Dogan & Wilkinson, which represents Ocean Springs. He has worked with the city for 30 years and calls the drawn-out legal affair "certainly unusual."

Nicknamed the City of Discovery, Ocean Springs was hit with a lawsuit in 2010 when a pair of property owners discovered that the city planned to construct a walk between their front yards and the sand. This was at least curious because a two-lane roadway and a seawall already separated the properties from the beach. Nonetheless, the pair of homeowners earnestly sued to stop the project, claiming it would encroach on their view and their property.

It wasn't a case of two residents naively resisting change: Each of the complainants brought a legal background to the challenge. Clyde Gunn III was an attorney and David Neil Harris Sr. a local chancery court judge. They successfully filed a motion for an injunction to bar the city from leasing property on which to build the walk and the case moved to Jackson County Chancery Court.

An initial ruling gave solace to the property owners and was keyed to the mean high-water line in 1973 as stipulated by the Public Trust Tidelands Act. This began a back-and-forth between the chancery court and the Mississippi Supreme Court on the question of who holds title to the sand beach. Successive appeals by the city and property owners ate up months and then years and hundreds of thousands of dollars in legal fees. Finally, the state justices in 2018 ruled that the tidelands – and beach – belong to the state.

The sand of the manmade beach, thus, belonged to the state in 2010 and still does to this day. Jackson County built the beach to help protect the seawall with the approval of the U.S. Army Corps of Engineers. The resulting sandy area is governed by Ocean Springs.

On the north side of the sand runs East Beach Drive. At the point of dispute, the gently curved, narrow roadway separates the seawall and beach sand from multiple-acre private properties. Its narrowness was behind the city's initiative to construct a walkway so that bicyclists and walkers could be kept out of harm's way.

Wilkinson agrees that safety was the whole point. "The street is very narrow and very heavily used. There was an incident a while back where two F-150 Ford pickups with extended rear mirrors hit each other in passing. Many, many people don't feel safe on the street when there are two vehicles passing one another. It is not just a normal two-lane road."

The initial plan was to add a sidewalk on the north (property owners') side of the street. Now that the courts have cleared the way for work to begin, the city has revisited its original idea. "What we are looking at now is basically an extended shoulder on the street," Dobson says. The reconstruction work would widen the street's pavement as well as add the sidewalk. "We haven't got the design locked down one hundred percent, but that's what we're looking at."

The extended shoulder concept would extend for the entirety of East Beach, more than a mile, from Weeks Bayou to Halstead Road. When Ocean Springs undertakes street projects inhouse, it often is assisted by Jackson County work crews. However, the East Beach Drive work is liable to be contracted out, according to the mayor. "We haven't crossed that bridge, but I think it probably will be contracted," Dobson says.

The street improvement is part of a city initiative to make the city more pedestrian-friendly. "We're focused on walkability," Dobson explains. "We just completed a sidewalk on an avenue sort of in the same area. We want to make the whole downtown area more walkable."

The street's makeover is expected to begin next fiscal year, which begins in October, and will cost just shy of a half-million dollars. Last month, the Mississippi Department of Transportation approved $384,000 for the work and the city has set aside almost $100,000 of local money.

Dobson recently won a municipal election to the mayor's seat, his first elective office. He was asked if his campaign to succeed a woman who had held the seat for 12 years hinged in any way on the handling of the long-running sidewalk issue. "Not really," he says. "I would chat with folks in the neighborhood and they would mention it. But for most of the city, it was not a top priority. I don't know if some people voted for me or not based on the issue. It was more neighborhood-specific."

The good news is Mayor Dobson doesn't see any similar lawsuits directed at the city's other beach. "Front Beach has a park and when most people think of beaches in the city they think of Front Beach. Out-of-towners go there. East Beach is a little more tucked away and has more local use."

Though the final Supreme Court ruling came down in November of 2018, the East Beach legal brouhaha is not entirely over. Gunn and Harris (who has since sold his property) were required to put up a quarter of a million-dollar bond when the first injunction was issued. That bond money now is at risk of being taken by the state to pay legal fees incurred by the city over the eight years of trials and appeals. A first hearing on the matter is set for June 24.

"The city is seeking recovery of all its fees," Wilkinson says. "After all these years, we have won and the city is entitled to recover its costs." Ocean Springs has pegged its costs at some $400,000, some of which would come from the bond money. Gunn and Harris are arguing that the final resolution was not directly involved with the original injunction and they should not have to forfeit it.

Does this mean the legal battle will now drag on some more? "Probably," Wilkinson says. "I hope not, but I think this case has a chance for a fourth trip to the Supreme Court."