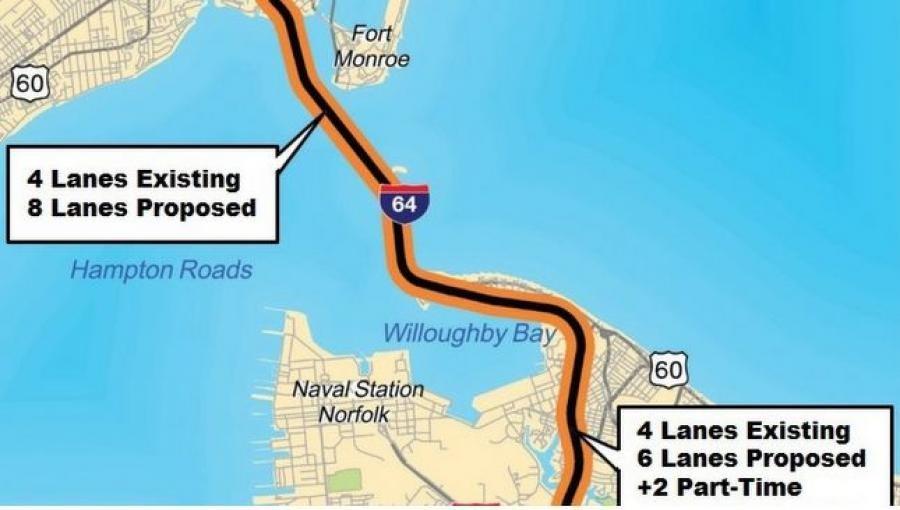 The Virginia Department of Transportation (VDOT) has reached a milestone in the critical Hampton Roads Bridge Tunnel (HRBT) expansion project.

The transportation agency issued a Notice to Proceed (NTP) in mid-September to Hampton Roads Connector Partners (HRCP) to begin building the HRBT project.

The news comes a month after HRCP received all necessary state and federal permits to start work in waterways and along I-64.

"Acquiring the permits for a project of this magnitude in 16 months was a remarkable effort," said HRBT Expansion Project Director Jim Utterback.

"The coordination and collaboration among HRCP, federal and state agencies, and VDOT was a key to the success. Our goal is to continue this collaboration as we issue a NTP and move into detailed design and construction of the project."

In April 2019, the Commonwealth of Virginia signed a comprehensive agreement with HRCP for the $3.8 billion project.

The expansion project will span 10 mi. of interstate from Hampton to Norfolk. The addition of twin two-lane bored tunnels west of the existing tunnels will accommodate four lanes of traffic for a total of eight lanes of capacity across the water.

The project is meant to ease major traffic jams that can be backed up for several miles during the peak summer season.

The tunnel boring machine to be used to begin excavating two new underground channels is set to launch from the HRBT South Island in early 2022.

The VDOT said motorists will see pile-driving activity in the water for the replacement and widening of bridges along the interstate as early as this fall. Motorists should pay attention to new interstate signs and electronic message boards detailing roadwork ahead and be mindful of crews working behind concrete barriers on the interstate.

Most of the construction and tunneling will occur over a 55-month period between late 2020 and 2025.

The project also is expected to bring between 1,200 to 1,500 construction-related jobs to the region.