Here is some of what the USDOT's departments have been doing to help the Hurricane Harvey Relief effort. 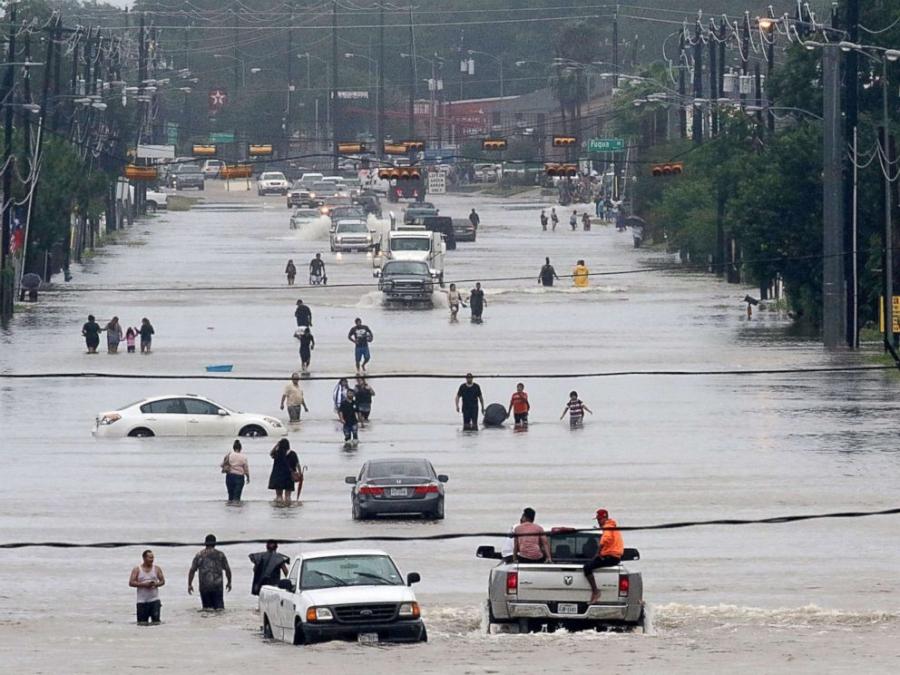 USDOT said its contributions to the disaster rescue and recovery effort has and will encompass financial assistance, deployment of personnel, emergency regulatory relief and all the tools they have which can be helpful.

The Department of Transportation and all operating agencies continue to work closely with officials in Texas as well as FEMA and Department of Homeland Security to assess the destruction caused by Hurricane Harvey as they begin to move from rescue to the recovery process.

USDOT said its contributions to the disaster rescue and recovery effort has and will encompass financial assistance, deployment of personnel, emergency regulatory relief and all the tools they have which can be helpful.

USDOT's Crisis Management Center has been fully staffed 24/7 since before Harvey made landfall. Per the President's directive, USDOT has been coordinating closely with the Federal Emergency Management Agency (FEMA) and is providing support to the National and Regional Response Coordination Centers, as well as directly to local and state officials and transportation stakeholders in the affected areas.

On Tuesday, within an hour of a request from Governor Abbot, Secretary Chao directed the Federal Highway Administration (FHWA) to make $25 million in Emergency Relief funds immediately available to restore emergency access and initiate critical repairs to damaged roads and bridges. The Department will make available more than $100 million in financial support to meet the infrastructure needs of Texas and other affected states. DOT has approximately 40 staff from the modal administrations on the ground coordinating, getting transit assets back up and running, finding drivers for buses and trucks and more.

On Thursday, Secretary Chao traveled to the region with Vice President Mike Pence to survey the damage left behind by Hurricane Harvey.

While on site in Texas, and in response to one of the major emerging problems, the lack of fuel, Secretary Chao signed an Emergency Declaration removing restrictions on fuel delivery, so that fuel trucks from 27 states and jurisdictions can deliver much-needed energy to Texas and other hurricane-impacted areas as quickly as possible. This was the second of two declarations issued by the Department; Secretary Chao also issued a Regional Declaration of Emergency to help alleviate a potential shortage of available drivers who are critical to delivering necessary supplies to the impacted communities in Texas, Louisiana and other states.

The Federal Aviation Administration (FAA) has had over 1000 personnel tasked with the storm effort, including specialized Air Traffic Management support to facilitate Search and Rescue missions.

A team from the Federal Highways Administration has been on the ground before the storm made landfall, providing technical assistance to the TXDOT. Roads in the impacted areas continue to be inundated with water, with many closures. The FHWA stands ready to deploy more than 250 engineers who can be on the scene within 48 hours to begin expedited inspections of roads and bridges in the affected area. We are learning more by the hour and are working with our state partners to assess conditions as quickly as the water recedes.

DOT has established a Routing Assistance Hotline to support the transport of Federal and State response personnel, equipment and goods into Texas and Louisiana.

PHSMA is actively engaged in monitoring disruption to off-shore gas and petroleum production and distribution. These are just a few of the USDOT actions underway.

Here is some of what the USDOT's departments have been doing: